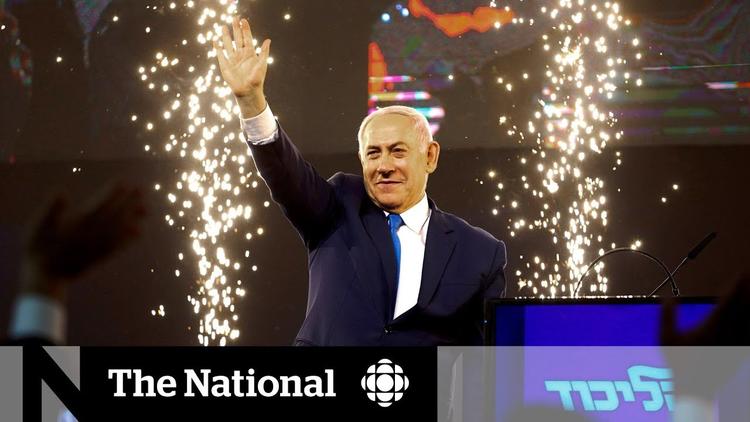 The close results of the April 9 Israeli elections, with Prime Minister Benjamin Netanyahu as the apparent winner, represent a missed opportunity for his centrist rivals.

As a foreign policy scholar who researches Israeli politics, I believe that perhaps the greatest irony of the election was the failure of Netanyahu’s challengers, the newly formed “generals’ party,” to contest his approach to security.

Security has long been the central issue in Israeli politics. It’s the one area in which this unique party would presumably have had the most to say. Former Israeli generals and retired intelligence chiefs have traditionally been the nation’s most outspoken critics of Netanyahu’s security policies.

Yet, the generals did not capitalize on their security credentials by offering a real alternative to the government’s policies, especially the government’s hard-line policies toward the Palestinians. Instead, their “Blue and White” ticket chose to turn this election into one more referendum on Netanyahu’s character.

In doing so, they failed in their effort to create a new centrist, nonideological bloc that would replace Netanyahu’s ruling right-wing bloc.

Military at home in politics

The participation of retired generals in Israeli politics is nothing new. The Israel Defense Forces, or IDF, has always been the country’s most revered institution, and it has been common practice for generals to enter the political arena upon retirement.

Three of Israel’s 12 prime ministers – Yitzhak Rabin, Ehud Barak and Ariel Sharon – were retired generals, and numerous other military veterans have entered the political fray over the years, some more successfully than others.

But the unified list of three former IDF chiefs – Benny Gantz, Moshe Ya’alon and Gabi Ashkenazi – who teamed up in February to unseat the prime minister was without precedent.

The generals’ Blue and White ticket was co-led by the popular centrist politician Yair Lapid, whose enigmatic views on security issues mirrored the vague centrism of the three generals. The party tried to attract both right-of-center and left-of-center voters by running a campaign that was largely devoid of substance.

It studiously avoided engaging in key issues, such as the two-state solution to the Israeli-Palestinian conflict. Blue and White offered only banal policy pronouncements and a Trump-like “Israel First” slogan.

Netanyahu received bad news in the midst of his election campaign. In February, Israel’s attorney general announced his intention to indict him on three separate corruption cases.

By focusing on Netanyahu’s flawed character and homing in on his corruption scandals, the Blue and White candidates convinced center-left voters to abandon the traditionally left-leaning Labor and Meretz parties.

But they did not convince right-of-center voters to abandon Netanyahu.

I believe that by failing to offer a coherent alternative to the right’s hard-line national security approach, the leadership of Blue and White failed to sway voters from Netanyahu’s camp over to their centrist slate.

Instead, they took votes from the left-bloc parties. Indeed, Tuesday’s results show that both Labor and Meretz suffered stinging defeats, with Labor falling to historic lows – their voters shifted over to Blue and White.

Likud in the lead

To be sure, replacing Netanyahu’s dominant Likud party was no small ambition – not even for generals who once led their country into the battlefield.

The right-wing bloc has dominated the Israeli political scene for years. That’s due to several factors, including Israelis’ reaction to the violence that accompanied the second Palestinian intifada in the early 2000s, more violence – still ongoing – that followed Israel’s decision to unilaterally leave the Gaza Strip and years of on-again, off-again failed peace talks.

Indeed, a preelection survey found that a plurality of Jewish Israelis, 40%, wanted to see the formation of a right-wing government. Just 25% preferred a right-center government; 16%, a centrist government of national unity; and a center-left or left-wing government was the least preferred option at 15%.

Even so, this election was a missed opportunity to do what the opposition in Israel has long failed to do: to present a distinct alternative security agenda.

Netanyahu’s hardline approach on the Palestinian issue is the only approach with which young Israelis, who have grown up with Netanyahu, are familiar. His narrative of Israel’s failure to reach peace with the Palestinians – it’s the Palestinians’ fault – is their only version of that story.

Not surprisingly, a preelection poll by the Israel Democracy Institute found that 18-24-year-old voters overwhelmingly preferred Netanyahu to the more moderate Gantz – the opposite of the trend among Israelis 65 and older.

Letting Netanyahu off the hook on security issues allowed him to maintain his self-cultivated image as “Mr. Security.” It also enabled him to put the generals on the defensive, warning that they would establish a Palestinian state that “will endanger our existence.”

The security community, composed of veterans of the IDF and Israel’s intelligence agencies, has for years argued the opposite.

Several organizations of senior security establishment veterans have argued that the two-state solution is the only way to preserve Israel as both a Jewish and democratic state. They include the Peace and Security Association and the more recently formed Commanders for Israel’s Security, and are supported by hundreds of former generals and intelligence chiefs.

The silence of Gantz’s team on the two-state solution also enabled Netanyahu to move the security discussion from a status quo policy, which critics call “creeping annexation,” to a full embrace of the hard-right’s agenda to annex the occupied territories.

Just three days before the election, Netanyahu vowed to annex West Bank settlements, a step he had always resisted but apparently felt he needed to take to shore up his right flank.

It was also a step he could take in the absence of countervailing pressure from his centrist rivals, who could have emphasized – but didn’t – the dangers of annexation to Israeli national interests.

Netanyahu was therefore able to get away with a dramatic policy shift that, if carried out, would bury the prospects for a two-state solution. He endorsed that position in June 2009, but has since abandoned his pledge.

The last two IDF chiefs who beat a Likud prime minister – Rabin in 1992 and Barak in 1999 – offered clear alternatives to the incumbent’s policies. By calling for a reordering of national priorities, they were able to form left-of-center governments, a scenario that is impossible today due to the decimation of the left.