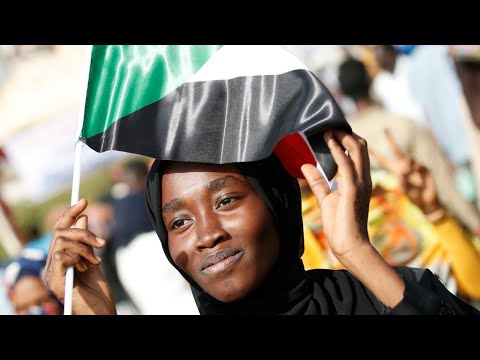 Where there is revolution, there’s a central gathering point – just think of Egypt’s Tahrir Square, Taksim Square in Istanbul and Habib Bourguiba Avenue in Tunisia. They all captured the world’s imagination as places where the power of the masses couldn’t be ignored.

As an architect who studies urban public spaces, and as a Sudanese, I have wondered since December 2018 – when protesters rose up against Omar al-Bashir’s regime – which space would become Khartoum’s equivalent of Tahrir Square. Which of the Sudanese capital city’s public spaces would hold similar symbolism?

Some open areas in Khartoum, such as Al Saha Al Ghadraa, have historical links to the al-Bashir regime and would not have been acceptable to the protesters. Others would hold immense symbolic value, but would raise questions about links to specific political parties. Buildings of significance, such as the parliament in Omdurman, don’t offer a public square in the true sense of the word, and so would not be an appropriate gathering space.

The answer emerged on 6 April 2019. Hundreds of thousands of people marched to the Sudanese Army’s headquarters in the Ministry of Defence’s complex. That march evolved into a multi-day sit-in. Weeks later, and with al-Bashir ousted, the sit-in continues.

It’s a powerful, significant choice of venue. First, the army headquarters are usually off-limits. Photography is not permitted and access is restricted. Yet the army permitted a massive gathering on its doorstep. Second, the army actually went on to actively defend the protesters against attacks by the National Intelligence and Security forces. The venue offered protection and security.

Finally, it was a symbolic choice: the protesters knew that army collaboration would be crucial to achieve a transitional government.

All of this echoes what research and history have repeatedly shown. Urban public spaces may be built to represent governments, but they are often appropriated by citizens and become sites of protest. The space in Sudan has not been a gathering place before, and the roads that surround the complex actually hold no special characteristics spatially or architecturally. Yet they have been appropriated – and they have come to serve the protesters’ purpose well.

The Sudanese military complex in Khartoum is comprised of three sections. The Land Forces occupy a section that’s built to resemble army tanks. The Air Force’s section is shaped like an airplane, and the Navy’s resembles a ship. This approach to architecture – buildings that project their meaning in a literal way – has a name: “ducks” The spaces adjacent to the buildings are inhabited by protesters who literally live on the site.

The complex sits just north of the airport and is flanked on the east and west by the Hay al Matar (Airport District) and the neighbourhood of Burri, which has been one of the most active neighbourhoods during the revolution. A couple of kilometres to the north is a bridge that crosses the Blue Nile to Khartoum North.

This has transformed the streets. Some have said that this space is now a microcosm of the future Sudan that the protesters envision. It’s a space where freedom of expression is permitted. Murals and street art are everywhere.

Temporary classrooms have been set up to commemorate a teacher who was killed by the security forces. Makeshift clinics staffed by volunteers offer free medicines. We are being told by people on the ground about the free food, water and medicines that are being provided through donations. Street children and the homeless have been accommodated. Engineering and architecture students are working to build drinking fountains. Temporary toilets have been set up.

Street traders are selling their goods. Cultural activities abound, too: musicians and political leaders from different parties visit the area each day to entertain and educate.

It’s important to point out that the situation is in flux. The routes were pedestrianised. Protesters would not let vehicles in, apart from those making important deliveries. But Sudan’s military council has now called for the reopening of the routes.

The fate of other iconic places of protest hasn’t always been celebratory or positive. Sometimes, authorities move to eradicate history and memory in these spaces.

There are hopes that Khartoum’s story might be different. Already architectural groups on social media are discussing the possibility of retaining this space as a “freedom square” in future plans for the city. Others have argued that this is not possible because of the site’s military nature.

But whatever happens, there’s no doubt that Khartoum’s military complex – and its role as a space for public protests and uprising – will go down in history and would have to be acknowledged in any future visions for the city.

Architect Mohamed Abd Abdelhamied Bakhit, who is often on site with the protesters, contributed to this article.