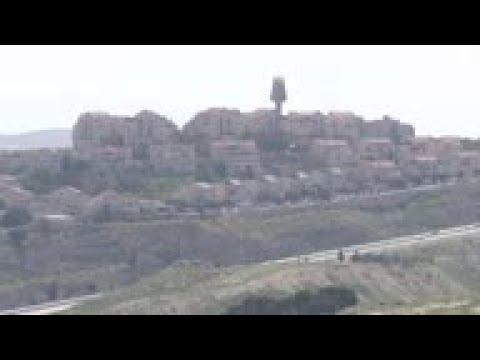 The Israeli government and its agencies are launching a concerted programme, with great urgency, to achieve the complete annexation of Jerusalem and the Jordan Valley. They want to be able to impose a fait accompli through superior firepower and America’s diplomatic, economic and military cover.

Israeli human rights organisation B’Tselem, which supports the Palestinian people and the restoration of their rights and freedom and rejects the occupation, is working to expose what Israel is doing. The organisation has issued its periodic report exposing the reality in the Jordan Valley, which makes up about 29 per cent of the occupied West Bank. Just over 50 per cent of the Jordan Valley is designated by Israel as restricted state land, so the 80,000 Palestinians living there in 29 permanent and temporary Bedouin communities do not have the right to use the land. What’s more, the occupation authorities have prohibited them from building on, living in and developing the land, in a clear effort to reduce the indigenous population.

Israel uses a number of measures to force the people off the land. According to B’Tselem, 45 per cent of the Jordan Valley is designated as military firing zones and 20 per cent is called “nature reserves”. Moreover, there are 64 minefields in the area and 12 per cent of the land is occupied by Israeli settlements, which are not only illegal but also regarded as deliberate obstructions to any Palestinian presence, development or normal life in the area considered to be the “food basket” and a source of agricultural livelihood for Palestinians across the West Bank.

In order to highlight the magnitude of the gap between the colonial settlers and the indigenous people, B’Tselem compared the village of Al-Jiftlik and the nearby settlement of Maskiot. The difference is clear in the freedom to build and expand that the settlers are given but which is restricted for the Palestinians. According to the Israeli structural plan for the area, the land available to Al-Jiftlik for building and expansion is half of that allocated to Maskiot, despite the fact that the Palestinian population is 26 times larger than the number of settlers. This illustrates the symbolism of ownership, the restrictions, construction bans and the policy adopted by the occupation authorities in refusing to allow the expansion of Palestinian communities.

Due to the scarcity of water and its obvious necessity for agriculture, the Israelis have taken control of the water sources and sell water at extortionate prices as part of the plan to restrict Palestinian farming and cause the productivity of the land to become irregular. Meanwhile, the settlements are allocated an amount of water that is equivalent to the amount used by the 2.5 million Palestinian inhabitants of the entire West Bank, excluding Jerusalem.

On the issue of Jerusalem, the Wadi Hilweh Information Centre in Silwan neighbourhood of the city has issued a report about the actions of the Israeli authorities last month. Throughout April, the Israeli occupation authorities demolished 51 homes and commercial buildings owned and lived in by Palestinian Jerusalemites who now have no shelter or roof over their heads. Demolitions take place on the pretext that the buildings are unlicensed. Building permits are expensive and rarely approved, and most Palestinians have limited incomes and limited work opportunities. Settlers also confiscate homes using forged paperwork, especially if the owners are “absent” from the city. The courts collude in such land ownership claims, especially regarding old homes dating from before the start of the occupation in 1948.

Furthermore, during the month of April alone, the Noble Sanctuary of Al-Aqsa was subjected to organised incursions by 3,658 settlers, including prominent extremist political leaders, such as ministers and parliamentarians. Such repeated incursions are intended to normalise them, paving the way for the imposition of an arbitrary division of Al-Aqsa Mosque so that Jews can use it at a time when Muslims will be banned from doing so. This is also an attempt to weaken the strength of the full-time employees of the Islamic Endowments Department dedicated to protecting Al-Aqsa Mosque from settler incursions. The occupation forces arrested 130 Palestinians last month, including 45 minors and two women; 18 activists were banned from entering the Mosque, including prominent Jerusalemite leaders.

This Israeli war is targeting the entire West Bank as well as Jerusalem, alongside the destructive war against the Gaza Strip. This is the painful reality of the people of Palestine.