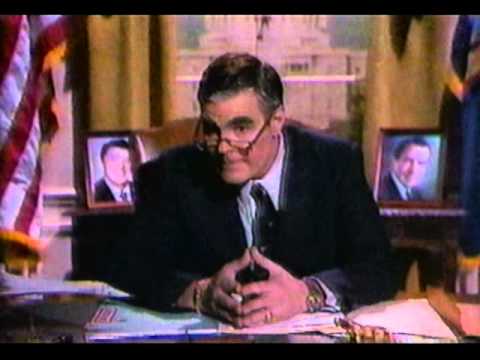 (Foreign Policy in Focus) – The only upside to Bolton’s dangerous aggression toward Iran is that it may put him too far out in front of Trump.

Only 70 days into his presidency, Ronald Reagan faced an assassination attempt. While he was in surgery and the vice president was mid-flight over Texas, Secretary of State Alexander Haig famously declared in front of the press, “As of now, I am in control here, in the White House.”

Haig’s statement was a surprise to everyone else in the Reagan administration — as well as to anyone with a passing familiarity with the line of succession outlined in the Constitution.

Haig’s presumption of power was the logical culmination of weeks of jockeying for influence within the young administration, with the secretary of state convinced that he should wield control over all aspects of foreign policy. Chief of Staff Jim Baker had this response to Haig’s early memo on the foreign policy process: “Why, what you propose here would give you control over all foreign policy matters; that does not work. The president has that authority.”

Haig’s impromptu press conference would make him the butt of many jokes (including this brilliant parody by Dan Aykroyd on Saturday Night Live). Reagan ultimately recovered, but Haig’s reputation never did. He ultimately resigned from his position a little over a year later.

John Bolton has a Haig-sized ego. He aspires to control the ebb and flow of foreign policy in the Trump administration. He is often at odds with his colleagues from the State Department and Pentagon. And he is dealing with a president who, if not asleep much of the time, is only intermittently focused on national security issues.

Recently, Bolton too seemed to have his “I’m in control here” moment. With the conflict intensifying in Venezuela, the national security advisor leaked the opposition plan for the army to defect en masse from the Maduro government in favor of challenger Juan Guiado. Bolton’s tweets reportedly angered President Trump, who felt “boxed into a corner,” particularly after the defections didn’t materialize and Nicolas Maduro did not flee the country.

The Trump administration is currently facing the consequences of its erratic foreign policy. Put a pin in the map of the world and you’ll either hit an example of U.S. foreign policy failure or, at best, another part of the globe that the administration is studiously ignoring. Conflicts are escalating with Iran and Venezuela. U.S. support of Saudi Arabia and Israel is producing enormous backlash in the region. The trade war with China is back on after the failure of the latest round of negotiations. Talks with North Korea have stalled, and Pyongyang is losing patience.

John Bolton has a rather consistent answer to all of these foreign policy challenges: maximum pressure. He’d like to see regime change in Venezuela, Iran, and North Korea. He’d risk war to achieve these ends.

But the riskiest war that Bolton is courting is the one with his boss. Will Bolton’s ambition overreach itself and produce the same kind of ignominious result that Alexander Haig experienced nearly 40 years ago?

John Bolton is that most dangerous of political operators. He is bombastic on the outside and ruthless on the inside. He has the passion of an ideologue and the patience of a realist.

“Bolton has spent decades in federal bureaucracies, complaining often of hating every minute,” Dexter Filkins writes in a recent New Yorker profile. “He has established himself as a ferocious infighter — often working, either by design or by accident, against the grain of the place to which he’s assigned.” Bolton is not above making threats or throwing his weight around. He loves to make liberals, diplomats, and anyone who stands in his way squirm.

As national security advisor, Bolton has arrived after a number of so-called adults have fled the administration (or been tweeted out of office): H.R. McMaster, Rex Tillerson, Jim Mattis, John Kelly. With these obstacles out of the way, Bolton has virtually unrestricted access to the president.

The former national-security officials that Filkins interviews are uniformly aghast at what Bolton has done in his position: reduce coordination, eliminate briefings, encourage chaos. Remember: he hates bureaucracy. But there is method in his madness: he wants to reduce the background chatter so that his own voice is loud and clear in Trump’s ear.

In this looking-glass world, Trump is the Queen of Hearts, who reacts with fury at the world around her. “The embodiment of ungovernable passion,” Lewis Carroll

Bolton has been singing to Trump for more than a year and he hasn’t yet been excommunicated. But push might just be coming to shove.

Of all the places where John Bolton would like to go to war, Iran is currently in the lead position.

The national security advisor was in office for less than two months before Trump announced that he was pulling the United States out of the nuclear deal with Iran, a key Bolton objective. Since then, Bolton has been part of the team that has put the squeeze not only on Iran (with additional economic sanctions) but any country with the temerity to continue any kind of economic engagement with Tehran (with the threat of secondary sanctions). Last year, Bolton also asked the Pentagon to prepare a menu of military options for striking Iran, scaring even some seasoned administration officials.

But it was earlier this month that Bolton upped the ante considerably. On May 5, he assumed the prerogative of the commander-in-chief by issuing a direct threat to Iran.

In response to a number of troubling and escalatory indications and warnings, the United States is deploying the USS Abraham Lincoln Carrier Strike Group and a bomber task force to the U.S. Central Command region to send a clear and unmistakable message to the Iranian regime that any attack on United States interests or on those of our allies will be met with unrelenting force. The United States is not seeking war with the Iranian regime, but we are fully prepared to respond to any attack, whether by proxy, the Islamic Revolutionary Guard Corps, or regular Iranian forces.

Bolton was apparently motivated by a tip from Israel that Iran was preparing an attack on U.S. interests in the region. But the national security advisor was not speaking only for himself. The May 5 statement came from the White House, so it had the full backing of the administration. Pentagon head Patrick Shanahan, CENTCOM Commander Kenneth McKenzie, and Chairman of the Joint Chiefs Joseph Dunford have all endorsed the deployments.

At the same time, Trump is presenting an entirely different face to Iran. Just as he turned on a dime in his policy toward North Korea — from “fire and fury” to lovey-dovey with Kim Jong Un — the president last week told reporters:

What they should be doing is calling me up, sitting down; we can make a deal, a fair deal. … We’re not looking to hurt Iran. I want them to be strong and great and have a great economy. But they should call, and if they do, we’re open to talk to them.

The administration even reached out to the Swiss to provide Iran with the president’s phone number (as if Iran didn’t already know how to reach Trump).

This might seem like so much political theater designed to confuse, terrify, and ultimately cow the Iranians into signing a humiliating agreement with Washington — if not for what happened in the Strait of Hormuz over the weekend.

John Bolton warned on May 5 that Iran should think twice about attacking U.S. interests or face retaliation. One week later, Saudi Arabia reported that an act of sabotage damaged two of its oil tankers, and the United Arab Emirates claimed that the attackers targeted four ships in total. Gulf officials didn’t speculate on who might have been behind the attacks.

The U.S. government has not been so reluctant to point fingers. A preliminary U.S. intelligence assessment has identified Iran as the culprit. Trump, in his characteristic children’s book language, has said, “It’s going to be a bad problem for Iran if something happens.” And now Saudi Arabia is reporting that the Houthis have conducted two drone strikes on its oil facilities. The Houthis are aligned with Iran.

Bolton has what he wants: a pretext for launching a retaliatory strike against Iran. The Strait of Hormuz incident is the equivalent of the yellowcake allegations that helped cement the case for war in Iraq (which turned out to be false) or the chemical weapons allegations that Bolton tried to use to drum up support for a war against Cuba (which also turned out to be false).

Iranians, and many others besides, would like to believe that Trump is being led toward war by Bolton, that the president ultimately wants to make a deal with Iran. Given Trump’s resemblance to the Queen of Hearts, however, it would not be a good idea to bet on his reasonableness.

On the other hand, Bolton might have stuck his neck out a little too far this time. This just might be his Haig moment. He is encroaching on the executive’s power. He is setting up the United States to intervene on the side of a country, Saudi Arabia, that is increasingly reviled around the world for its human rights record.

Like so many of his predecessors who dared to disagree with their boss, Bolton this time might lose his head.

Thom Hartmann Program: “Lied Into a War with Iran”