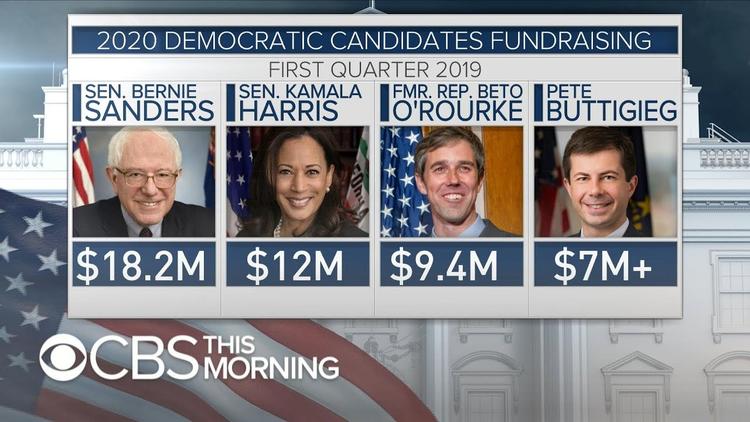 Ann Arbor (Informed Comment) – A new CNN/SSRS poll of about 1,000 people shows that among a random sample of registered voters, Bernie Sanders and Joe Biden each crush Trump by 6 to 7 points, even at this very early point in the campaign. Kamala Harris also wins, but by a smaller margin. This poll shows enormous enthusiasm for Beto O’Rourke, which, however, I suspect is a fluke of some sort.

It isn’t enough, as our cable news shows too often do, to just look at the horse race among personalities.

Democrats have to ask about the issues on which they can defeat Trump. Despite being absolutely despised by over 60 percent of the population, he does have some winning issues. But he also has Achilles’ heels.

On health care, 53% are upset and only 38% are satisfied. That’s an issue on which the Dems have to run, and they have to run on medicare for all, i.e. single payer. It is the only way to fix US health insurance, which is badly broken for most people. For my money, Bernie is the one who is most believable on affordable health care and health care insurance, but I think the issue is there and resonating for anyone who will pick it up and run with it. This was the lesson of the midterm elections.

There is a ten point spread on foreign affairs, with 52% upset with Trump’s policies and only 42% in favor. Democrats haven’t been strong on foreign policy, though to be fair Joe Biden was on the Senate Select Committee on Foreign Affairs for decades and had foreign relations portfolios as vice president. Biden may be best placed to articulate a critique of Trump on this issue. If the more progressive wing of the party wants to win on it, they have to spend more time working out a progressive foreign policy alternative. But the polling says Trump’s foreign policy is low-hanging fruit waiting to be plucked by a knowledgeable politician.

55% are upset about US race relations under Trump, compared to 38% who are satisfied. It is not usually realized that Bernie Sanders has more African-American support than Kamala Harris. In any case, this issue is gold for the Democrats. Trump is trying to break our multi-ethnic society and we must not let him.

These point spreads are huge, and registered voters clearly consider several of the Dems very attractive, especially if the choice is they or Trump.

I say 2016 was a fluke and that the presumption should be that Trump is out of office in January 2021. But this prediction will only come true if Dems run to the left and run on these sorts of big ticket items.

NB: Although the sample size is small at about 1,000, and the sampling error could be nearly 4 points, Bernie, Joe and Beto would be still way out ahead even if the sample was off slightly. (And that the results are so consistent tells me they are not).

CBS This Morning: “Road to 2020: Where candidates stand”