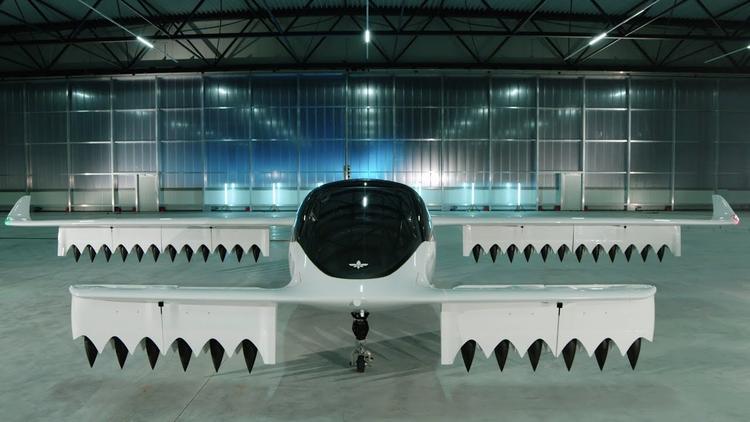 (Clean Energy Wire) – The new five-seater electric air taxi by aviation company Lilium from Munich has completed its first flight successfully. According to the company, the Lilium Jet’s maiden flight took place in early May in Germany, about two years after the first successful flight of Lilium’s two-seater, paving the way for the company to develop an “on-demand air taxi service”.

Lilium CEO Daniel Wiegand said “we are taking another huge step towards making urban air mobility a reality”, adding that the Lilium Jet will be the company’s template for mass production. “Moving from two to five seats was always our ambition, as it enables us to open up the skies to many more travellers,” Wiegand said. The Lilium Jet is powered by 36 electric engines and will have a top speed of 300 kilometres (186 miles) per hour and a range of 300 kilometres (186 miles), the company says.

Thanks to its fixed wings, the aircraft is said to have an energy efficiency comparable to an electric car over the same distance. In order to lower its carbon emissions, Germany must not only switch to carbon-free energy sources, but must also reduce its overall energy consumption. The government’s 2014 Climate Action Programme suggested that increasing energy efficiency could cut emissions by 25 to 30%. Lilium says future passengers will not pay more for a flight than they do now for a regular taxi ride. The company expects its product to be ready for commercial use by 2025.

Lilium is one of several different concepts for establishing e-aircraft as a means of short-distance transportation in Germany. Among the best known is also Volocopter, which operates in a way similar to unmanned toy drones and has announced plans to explore the use of autonomous flying taxis at Germany’s Frankfurt Airport.

According to the German Aerospace Center (DLR), bigger aircraft will also eventually be able to fly with electric engines, though this is likely to take at least another 15 to 20 years.