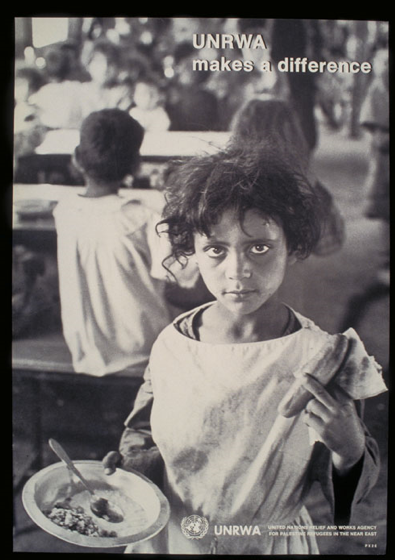 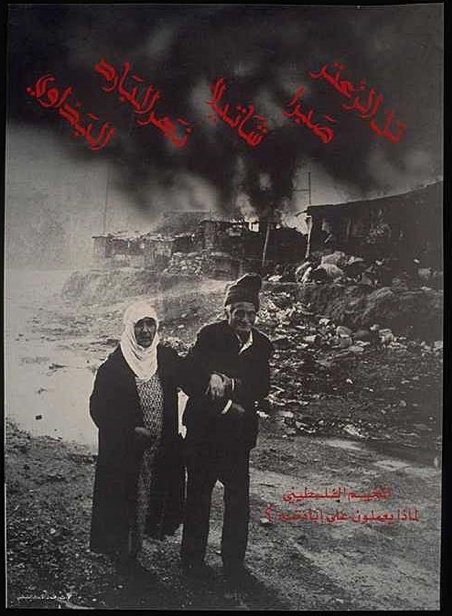 The Palestinian refugee camps…why do they strive to annihilate them? 1982

Palestinian attempts to create a historical visual narrative have been challenged, contested and destroyed systematically. Battles of self-representation are constantly fought between a Zionist narrative that denies the sheer existence of Palestinian people, thus confiscates, hides and deletes evidence on Palestinian history, and a Palestinian “archive fever” that collects and exposes nationalistic visual materials reversing the Zionist narrative. The images used here are exhibited virtually by The Palestine Poster Project Archives– particularly The Liberation Graphics Collection of Palestine Posters- (Nominated to UNESCO’s memory of the world program 2016-2017).

“We are lost and trying to hold on to simplistic nationalistic narrative, in the pursuit of this nationalism we have lost a lot subtilities and are actually losing things in the past. It is a stab in the back to all the work we had before in the 60’s and 70’s“. Explained Shuruq Harb, a Palestinian visual artist who studied iconography in Palestinian paintings about the features of prevailing Palestinian visual narrative which she finds, nationalistic and excluds diverse and multiple narratives once embraced in the 60’s and 70’s.

According to Harb, combating the Zionist narrative requires embracing the diversity of the Palestinian condition, as in including the Bedouin, refugee, Shia, Druzes as well as the Christian and Jewish. The idea of including religious and cultural diversity has been celebrated often, a recent restoration of Urgent Call of Palestine a film on how the Palestine Liberation Organization (PLO) viewed their purpose, directed by Ismail Shammout, (1973). The call was to liberate Palestinians, but also Jews from Zionism. 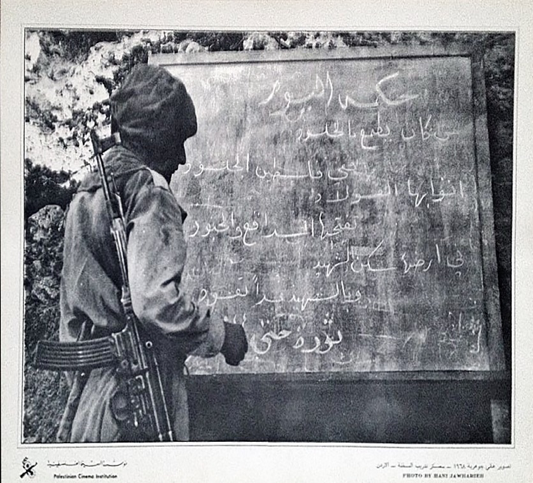 Glimpses of Self-representation in Exile

The Palestine Liberation Movement was born in 1964, under circumstances of exile. At that time, the Palestinian cause was an integral part of the broader anti-colonial movements and struggles against racism, imperialism and colonialism. For the first time, Palestinian representations were entering the political realm and thus creating an extensive visual narration from a Palestinian perspective. The PLO was particularly invested in producing and exhibiting visual arts including photography, paintings, posters and graphics. In addition to collecting various resources, produced about Palestine, academic research, published by Palestinian Research Center, documentary and film collections, still photographs, and art productions that served as the infrastructure of the Palestine Museum in exile. 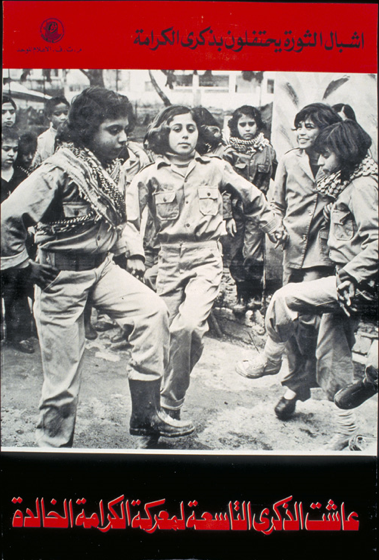 Refugee children during al-Karamah ninth Anniversary by Fatah in 1977.

Most importantly, the camera became a tool in the Palestinian struggle, and the Palestinian image transformed, from a victim, presented and taken mainly by others into fida’i (a spirited freedom fighter), responsible for his own fate and aspiring to realize justice, equality and freedom.

The image of fida’i freedom fighter, who was anonymous, courageous, disguised in Kufiya, who offers his/her life to defend and attack enemy lines, was particularly celebrated following al-Karamah, (Dignity Battle) in March 1968, in which Palestinian fighters fought fearlessly against the Israeli forces for more than 19 hours and won. Hani Jawharieh – a Palestinian photographer and film-maker, a founder member of Palestinian cinema initiative, started capturing portraits of Palestinians including women, posturing self-determination and fighting side by side to men. 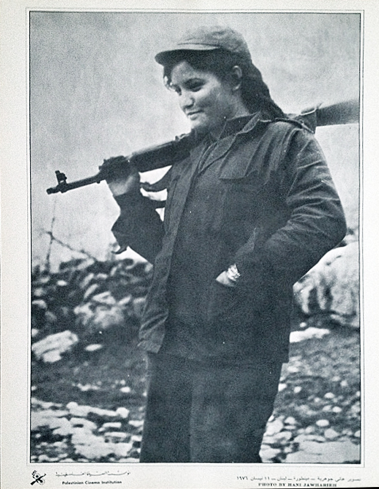 At least, eighteen still photographs were magnified and reproduced into posters, then vastly distributed in refugee camps but also around the world. Jawharieh explained the importance of self-representation in his article (The Early Beginnings of the Palestine Cinema Institution); “There was an increasing need for photos from a Palestinian viewpoint as the Palestinian revolution became the target of fierce international media reports”. 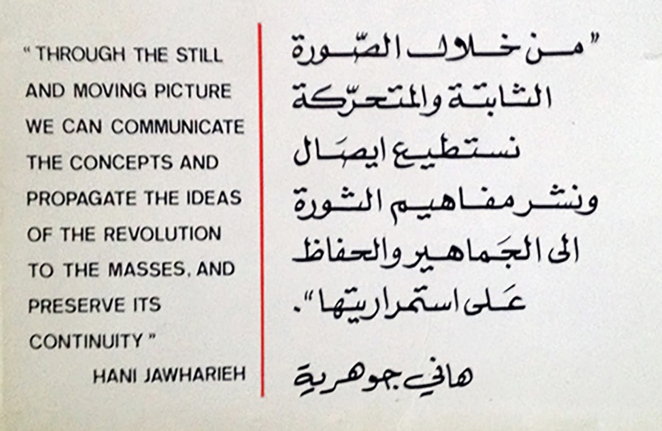 Then Hani Jawharieh along with Mustafa Abu Ali and Sulafa Jadallah founded a photography department, – (it elaborated later (1986) into Palestinian Film Unit) which supplied international press agencies, as well as Palestinian journals, publications and the Media Revolution Information Office with abundant choices of still photographs, mainly for Palestinians life in refugee camps and fightersactivities in South of Lebanon. 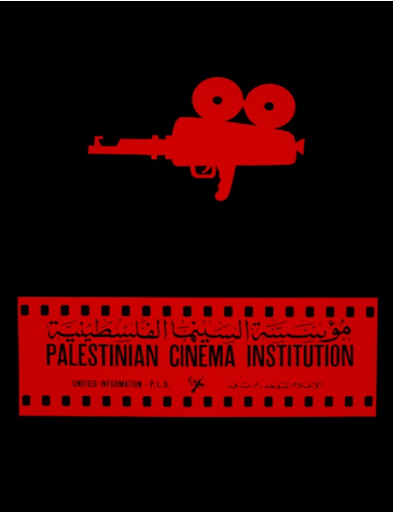 Although Jawharieh was killed in an Israeli attack (1976) while filming in the Aintoura Mountains of Lebanon, his legacy stayed with preceding photographers, confirmed Khaleel Sadeh, a Palestinian photographer, who filmed during mid-70s in Lebanon. Sadeh remembered other courageous photographers who were killed or wounded during filming like Mutee’ Ibrahim, and Abdel-Hafiz Asmar. He explained:

‘We believed in the revolution, and we worked day and night, 24 hours. Each shift had around six photographers, the photography unit was always busy, people were either developing films, or going to shoot films. What was unique, is the freedom we enjoyed in determining subjects of the photographs,’

Sadeh nostalgically recalled the cameras they used; Nikon and Canon for still photographs and a REFLEXL Bolex 16mm camera for film. There were often collaborations with Iraqi and Italian professional teams. The quantities of images, filmed and developed on daily basis, were approximately five to ten films. Most of the photographs were developed in black at and white however “important ones” were developed in colours in a private Lebanese studio. 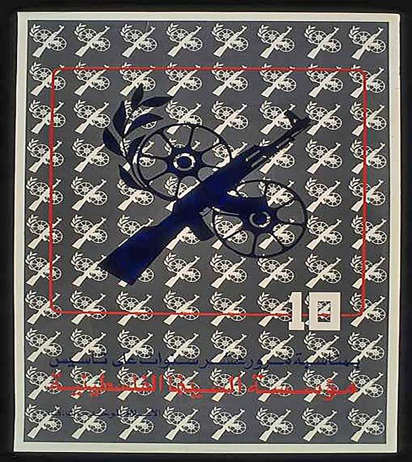 Currently, Israel “Defense Forces” and “Defense Ministry“ reserve piles and stacks of rare Palestinian visual materials, most of this archive was presumed lost or/and destroyed. But as it turns out, it was looted (1982) during the Israeli invasion of the Palestine Liberation Organization headquarters in Beirut, according to Dr. Rona Sela, an Israeli curator and researcher of visual history, who have been rigorously researching and exposing Israeli mechanisms of concealing and erasing Palestinian visual materials to suit the Zionist narration. Throughout twenty years, she was able to access some of the classified materials, managed by the military- and after documenting and recording testimonies of Israeli soldiers who actually did the confiscation in her documentary; Looted and Hidden – Palestinian Archives in Israel, the film exposed some of the lost treasures, Israel looted throughout decades and most importantly defending the return of this material to its owners. She explained:

” Israel controls the Palestinian history, culture and memory. When I was at the archive at the Israeli defence, I saw several digital copies at first. It took more than ten years to get permission…. look at few dozens of photos that were labelled and catalogued as PLO archive. I started looking at the visual material and at first, I had no clue, what the material was and from where it was taken…after a long journey of research, I saw historical material, archived, photographs from late 60- to early 80s, It has al-Karamah fight and also the life of refugee camps. So, there are three categories before 48, the resistance military and daily life of Palestinians in refugee camps”.

The Israeli confiscation of entire collections of visual repertoires that documented historical scenes from a Palestinian perspective- memory in exile. This historically and culturally rare and unique restricted archive, eliminate significant elements and chapters from the Palestinian memory; the complexity of the Palestinian revolution in exile as well as Palestinians refugees. While it is impossible today to reduce the French or American revolutions to questions of terrorism, instead they are discussed from diverse angles, studied as transformative and carried out by people who have actual names and stories to tell.

Reem Abd Ulhamid has a BA in communication and media studies from Birzeit University and an MA in global communications from the the American University of Paris. Abd Ulhamid has held numerous positions in media for over seven years and has served as researcher, editor, producer, and director for different organizations. Her most recent work is focused on developments in social media.