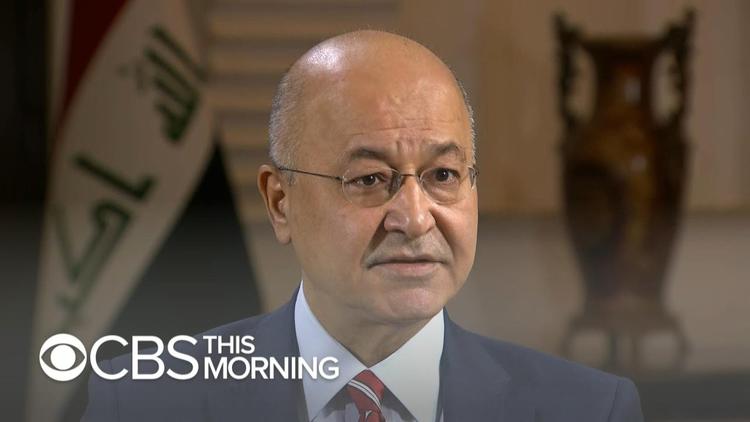 Ann Arbor (Informed Comment) – The rising tensions between the Trump administration and Iran have the potential to roil the entire Middle East, and no country feels the heat more than Iraq, which has warm relations both with the US and Iran, as Egyptian journalist Islam Muhammad argues in a wideranging report.

Iraqi nationalist and Shiite cleric Muqtada al-Sadr made headlines earlier this week when he tweeted out that a US-Iran War would “finish off Iraq.” Al-Sadr, who stands for an Iraq independent of both American and Iranian influence, rejected the notion that Iraq should be dragged into the Trump-Iran confrontation.

The unprovoked US aggression on Iraq in 2003 and the subsequent US occupation displaced 4 million people of the then 26 million from their homes, left hundreds of thousands dead, over a million wounded, with millions of widows and orphans, and ultimately led to the rise of ISIL, which ruled major cities such as Mosul in a bizarre and cultic way, raping, enslaving, arbitrarily killing and expropriating property.

The US did to Iraq in reality what Daenarys Targaryen did to King’s Landing in the fictional Game of Thrones. The Iraqis don’t want to see any more flames coming down on them from monsters in the air.

There are still about 5,000 US troops in Iraq helping the Iraqi Army mop up the remnants of the ISIL terrorist group that had attempted to erect a cultic “state” in the Sunni Arab regions of Iraq. Most Iraqis are grateful to the US (and to Iran) for helping save them from ISIL, which took 40% of Iraq in 2014 and was only decisively defeated as a state last year. Thousands of ISIL fighters remain in cells, as the organization has been demoted back down to a terrorist organization.

These US military personnel were endangered when Trump designated the Iranian Revolutionary Guards Corps a terrorist organization (which makes no sense since it is a kind of national guard and terrorists are non-state actors). Iran retaliated by calling the US army a terrorist organization. Many Iraqi Shiites have warm and close ties with their Shiite siblings in Iran and respect Iran’s religious leaders, and Iraqi Shiites are the ones who provide security to US troops.

There have all along been some radical Shiite militias who vehemently object to the US military presence in Iraq. Occasionally small Shiite radical groups launch mortars or small katyusha rockets in the general direction of the US embassy in what used to be the green zone of downtown Baghdad (the blast walls have now been taken down). Such a katyusha attack occurred this week, but it was just a weak little high school science experiment rocket that landed without doing any damage to anything.

US warmongers such as National Security Adviser John Bolton and Secretary of State Mike Pompeo engage in a sleight of hand, blaming Iraqi Shiite radicalism on Iran, and so making Tehran responsible for such incidents. Iraqi Shiite groups have been attacking US targets since the 1980s.

Iraq’s Sunnis also resent Iranian influence on Baghdad, and would deeply resent it if Iraq suffered for standing with Iran against the US.

US-Iran tensions thus have the potential to roil Iraq’s internal politics and to lead to a third post-Saddam civil war.

Iraq is deeply dependent on trade with Iran and some of its provinces get their electricity from Iran. The US allegedly quietly gave Iraq a waiver this spring on its economic relations with Iran, even though the US is orchestrating an economic and financial blockade of Tehran.

CBS This Morning: “Iraq president says he doesn’t want nation to “turn into a zone of proxy conflict””