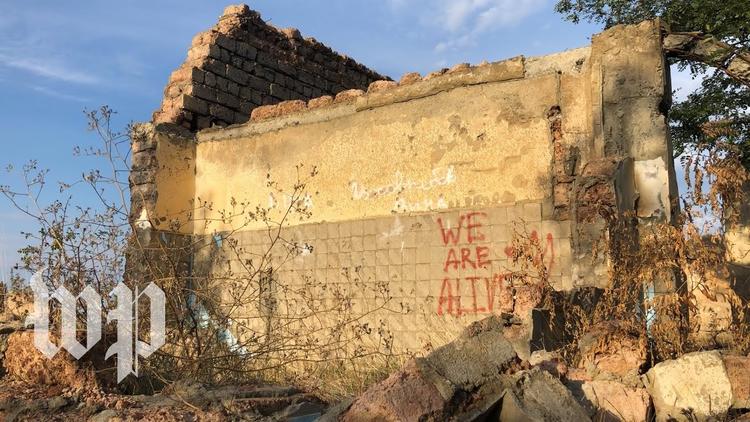 Tskhinval, Republic of South Ossetia (Informed Comment) – On May 29 South Ossetians celebrated the signing of their declaration of independence in 1992. Given that South Ossetia’s statehood has been recognized by only five UN member states, this event could hardly be expected to make international news. And yet, given the one-sidedness that has characterized discussions of five small post-Soviet breakaway states in the West over the years, it may be instructive to look more closely at why these conflicts continue to elude any kind of resolution.

Twenty-eight years after the fall of the Soviet Union the resulting geopolitical map remains unresolved. A number of so-called “frozen conflicts” endure where certain territories have withdrawn—usually on the basis of ethno-linguistic differences—from the republics to which they were assigned during the Soviet period. These include Abkhazia and South Ossetia, two regions which have declared independence from Georgia; the Armenian enclave of Artskh/Nagorno-Karabakh which is claimed by Azerbaijan; and two Russian-majority territories, Transnistria and Donbass, which have seceded from Moldova and Ukraine respectively.

Each of these cases has particularities of its own, with legitimate justifications on either side. They also have in common that the secessions in question were aided and abetted by Russia, and the breakaway states in question remain economically and militarily dependent on Russia for their survival. Western governments and media have therefore tended to see these cases as land grabs by Russia, and have for the most part dismissed the establishment of new states as violations of international law.

Here on this sunny spring day in the spectacularly beautiful central Caucasus things appear quite differently. The Ossetes—a largely Christian people who speak a northeast Iranian dialect and are the world’s only surviving descendants of the ancient Scythians—were divided after the Bolshevik Revolution into two political entities, the northern part being allocated to Russia and the south to Georgia. As nationalist sentiments began to arise across the Soviet Union by the late 1980s, southern Ossetians came to feel increasingly threatened by the emerging Georgian nationalist project. Tensions began to rise between the two communities, which grew severely worse after the Georgian parliament under the ultra-nationalist leader Zviad Gamsakhurdia voted to abolish the Ossete Autonomous Oblast in an attempt to deprive Ossetians of their own administrative unit. When Gamsakhurdia later told an Italian interviewer that “Ossetians are scum, and we will wipe them from our country,” any illusions of future peaceful cohabitation were forever dispelled.

The collapse of the USSR led to outbreaks of intercommunal violence between armed militias all across the Caucasus, as the region’s many diverse ethnic groups competed for their place within the newly-emerging states. In South Ossetia more than 2,000 people were killed as fighting escalated between Georgian and South Ossetian troops. On May 20, 1992 a group of 36 civilians trying to flee the fighting in the South Ossetian capital, Tskhinval, were massacred by Georgian militiamen. For South Ossetians this was the last straw—nine days later the South Ossetian parliament declared its independence from Georgia.

The warring parties finally signed a ceasefire agreement on June 24, 1992, which provided for a peacekeeping force made up of South Ossetian, Georgian and Russian forces. A fragile peace endured, with South Ossetia functioning as a de facto independent state, until the election in 2004 of Georgian president Mikhail Saakashvili, who had campaigned on promises to restore South Ossetia and Abkhazia to Georgian control. The next four years saw occasional flare-ups among the Georgian, South Ossetian, and Russian militias. On August 7, 2008 Saakashvili read a statement on television in Ossetian promising peace and brotherhood; that same night Georgian forces invaded Tskhinval. Two days later the Russian army moved in, and on August 12 a ceasefire agreement was signed under the auspices of French president Nicholas Sarkozy. As a result of the Georgian aggression Russia formally recognized the Republic of South Ossetia as an independent state, and has remained its principle guarantor ever since.

After the 2008 war the border between South Ossetia and Georgia was definitively closed, leaving the fledgling republic’s sole link with the outside world a road tunnel beneath the Caucasus leading to the Russian republic of North Ossetia. South Ossetia is completely dependent on Russia economically and diplomatically. And yet, the differences with North Ossetia, which is a republic within the Russian Federation whose inhabitants are Russian citizens, are in some ways profound. In contrast to the heavily Russified North Ossetian capital of Vladikavkaz, in South Ossetia the Ossetian language and culture are alive and well. While most South Ossetians dream of an eventual political union with their cultural cousins in the north, for now it appears that formal integration into Russia is a price they are unwilling to pay.

With a tiny population of only 53,000, South Ossetia may not appear to be a viable state, and as long as it is forced to depend on Russia there would seem to be little chance for it to develop on its own. An increased degree of international recognition, however, could change that, if South Ossetia were given the status to enter into economic, political and cultural relationships with other countries. That may be the only scenario by which South Ossetians can hope to preserve their unique and historically rich language and culture for the generations to come.