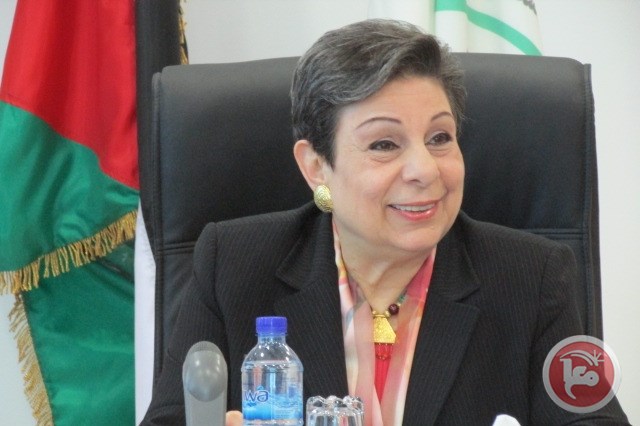 US rejects PLO Ashrawi’s visa request, no reason given

Ashrawi posted a series of tweets, providing a list of reasons for her visa’s refusal, “It is official! My US visa application has been rejected. No reason given.”

Ashrawi wrote, “Choose any of the following: I’m over 70 and a grandmother; I’ve been an activist for Palestine since the late 1960’s; I’ve always been an ardent supporter of nonviolent resistance.”

According to Hebrew-language news outlets, a US State Department spokesperson responded to the announcement by stating, “Visa records are confidential under US law; therefore, we cannot discuss the details of individual visa cases.”

In Ashrawi’s tweets, she lays out her diplomatic and educational credentials, “I’ve met (and even negotiated with) every Sec. of State since Shultz, and every President since George H. W. Bush; I’ve been a vocal critic of this administration and its underlings; I believe in freedom of speech.”

She continued, “Most of all, I have no tolerance for the Israeli occupation in all its manifestations as a most pervasive form of oppression, dispossession and denial.”

“I have no respect for the enablers of this inhuman condition nor for its apologists,” she added.

She expresses her “sense of love and protectiveness for the people of Palestine wherever they may be.”

In Ashrawi’s last tweet, she declares herself “guilty of all of the above” and therefore undeserving of entering the US in the eyes of the Trump administration.

She concluded, “I just hope someone can explain this to my grandchildren and all the rest of my family there.”