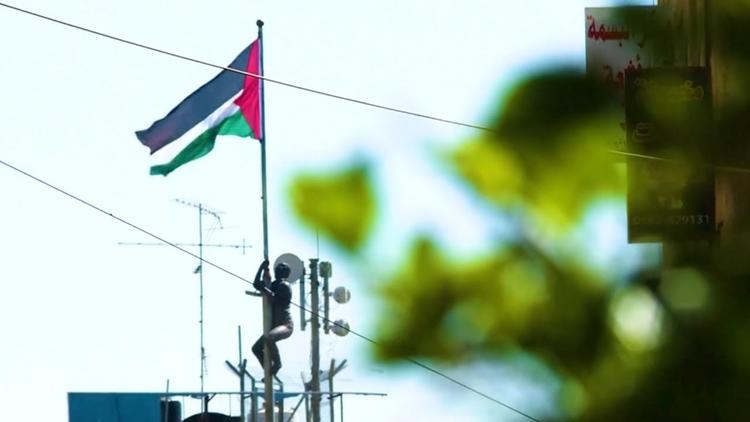 Ann Arbor (Informed Comment) – Palestinian business groups accounting for 80% of Palestine’s gross domestic product say they are declining to attend a conference in Bahrain that is part of the roll-out of Jared Kushner’s “Deal of the Century.” The conference was intended to focus on “economic peace,” which is shorthand for investments in and prosperity for the West Bank Palestinians in return for their acquiescence in continued harsh Israeli military occupation. The Palestine Liberation Organization is also refusing to attend, saying, that the goal is not to improve living conditions under Occupation but to end Occupation.

The idea of an economic incentive to Palestinians to be quiet and let the far rightwing racial supremacist government of prime minister Binyamin Netanyahu rule their lives is not new. Netanyahu has been touting it for decades. It won’t work.

It won’t work for many reasons. Let us examine some.

1. Palestinians are struggling for a state, for a national identity. Even if they could attain prosperity under Occupation, that isn’t what drives most of them. Identity is at the core of the human self, and Palestinian identity has been deeply damaged by the condition of statelessness in which Israel holds them. Most Palestinians will not cease their struggle short of statehood.

This point really should not be hard to understand. Americans in 1776 could have saved themselves an economic disaster by just putting up with the tyranny of King George III. They would all have been much wealthier if they hadn’t fought a debilitating 7-year-long war. The 1780s were not good economic times, despite the advent of independence. The revolutionaries wanted liberty, not access to luxury goods like tea, if the tax on it was going to be set by some distant authority in London.

2. The Palestinians know their own history and they know that the post-WW I Versailles peace conference and then the British empire itself promised them a Palestinian state (the latter by 1949). While Jewish nationalists or Zionists make a big deal out of the 1917 Balfour Declaration, it says nothing about erecting a state in Palestine, and League of Nations deliberations repeatedly scolded the British for ignoring the national development of the indigenous Palestinians, the primary function of a Class A Mandate like Palestine. Palestinians are a people as Syrians and Iraqis are a people, and all were promised a state by the League of Nations. Only Palestinians did not get one. They won’t rest until they have a passport.

3. The sad fact is that economic prosperity is impossible for most Palestinians to count on as long as they are stateless. Philosopher Hannah Arendt once observed that “citizenship is the right to have rights.” Without citizenship in something, Palestinians do not have the right to have rights. Stateless people are never really sure they own their own property, since Israeli squatters can usurp it at will or Israeli authorities can order it destroyed. You can’t reliably do business under such a situation. Business requires firm property rights.

It is astonishing that the American upper crust, which lives and dies on the principle that property is sacrosanct, cannot understand that Palestinians do not thrive because Occupation makes their property rights unstable. Maybe if we called it a “Socialist Occupation” (which is how it began after the 1967 War) then the rich would finally recoil from it.

The Palestinian businessmen who refused to go to Bahrain know all that. They know that trying to build economic prosperity in an Occupied territory full of stateless people with no recourse is like building a mansion on quicksand. It will sink.

Jared Kushner is likely, like his father-in-law, a psychopath if anything at all the press reports about him is true. It is alleged that his response to the murder of dissident journalist Jamal Khashoggi by the minions of crown prince Mohammed Bin Salman of Saudi Arabia was to focus on Saudi domestic politics for a while and to “weather the storm.” Psychopaths lack the basic ability to feel others’ pain, that is, they lack empathy. Kushner is not able to understand the pain for Palestinians of living under Israeli occupation. He is not able to understand a problem that cannot be fixed by throwing money at it.

CGTN: “Palestinians not to attend U.S.-led economic conference in Bahrain”