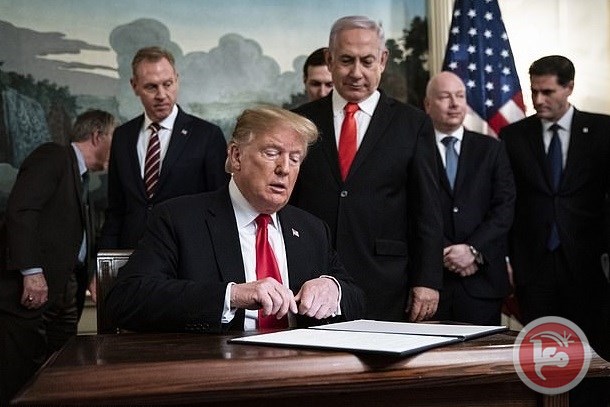 WASHINGTON (Ma’an) — The Palestinian Foreign Minister Riyad al-Malki called the US-proposed peace plan a Palestinian surrender, as the US Special Envoy to the Middle East, Jason Greenblatt, lashed out at the United Nation’s “anti-Israel bias” while urging support for the Trump administration’s “vision,” on Thursday.

Greenblatt said it was “surprising and unfair” that Indonesia, Kuwait, and South Africa organized the council meeting and condemned Israel’s behavior when it “was not even invited to speak at this session.”

He added that it was “inspiring” to see Israel celebrate the 71st anniversary of its independence, calling it “a small brave country” that grew to a “thriving, diverse economically vibrant democracy.”

The envoy also accused the UN of bias against Israel, choosing “the comfort of 700 paper resolutions” condemning Israel instead of confronting the “700 rockets” fired by Palestinian militants.

Greenblatt continued by emphasizing that the council should focus on Palestinians paying the stipends of families of killed Palestinians and Palestinian prisoners, rather than on how the US could support the Palestinian Authority’s (PA) budget.

Greenblatt noted, “The Trump administration has drastically cut its support for the Palestinians to try to spur their return to negotiations.”

Following Greenblatt’s speech for international negotiations at the UN, al-Malki dismissed the US peace effort, stressing that all indications are it will be “conditions for surrender.”

Al-Malki also pointed out that illegal Israeli settlements at the “core” of the “obstruction of peace.”

Marsudi also stressed, “Inaction is not an option.”

It is noteworthy that the Palestinian Authority (PA) has been boycotting the US administration since December 2017 when US President Donald Trump recognized Jerusalem as Israel’s capital and then moved the US embassy from Tel Aviv to Jerusalem in May 2018.

Following recent tensions and the US Trump administration’s undeniable support for Israel has prompted the Palestinians to cut communication with the US and declared it unfit to be a mediator during the Israeli-Palestinian peace process.