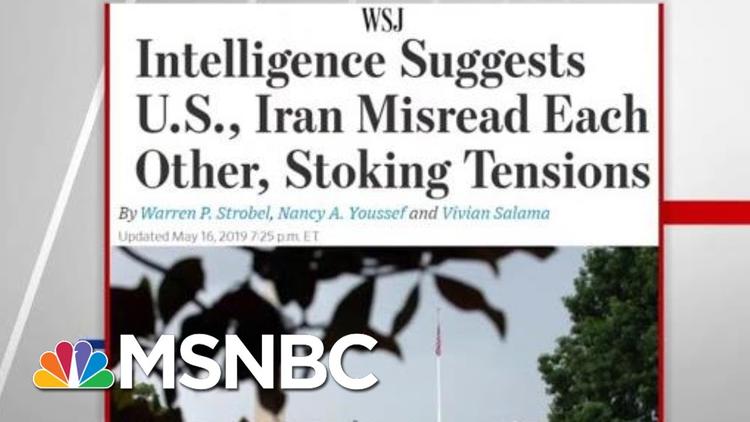 The last thing the world needs at a moment of significant trade tensions between the United States and China is a Middle East crisis that would further imperil global growth.

Yet this is what is threatening in the Persian Gulf, where the US and its Arab allies are edging towards a showdown with Iran in a contested waterway through which 20% of the world’s tradeable oil passes daily.

In coordination with its Arab allies, notably Saudi Arabia, and with Israel, the US is ratcheting up pressure on Iran to wind back its support for what it terms “bad actors” in the region.

This includes Syria, Hezbollah in Lebanon, radical groups in the Palestinian territories, including Hamas, the Houthis in Yemen, and disaffected anti-regime elements in the Gulf.

While the US denies it is seeking to bring about regime change in Iran, this clearly is its hope.

Conflict is not inevitable, but risks are elevated by combative talk – and actions – from a Washington that seems bent on engaging in the sort of brinkmanship that threatens more serious conflict in a region already on edge.

Washington’s deployment of an aircraft carrier battle group and B-52 bombers in the Gulf region is amplifying concerns.

President Donald Trump is not helping; to the contrary.

On one hand, he invites Iran’s leaders to talk. On the other, he warns of that country’s annihilation.

This sort of bombast, the antithesis of wielding a big stick and talking softly, coincides with tightening US sanctions that are doing significant damage to Iran’s economy.

These measures include sanctions imposed this month on Iran’s industrial metals sector. This sector accounts for about 10% of its export economy.

How Tehran responds to these harsh assaults on its economic lifelines is anyone’s guess, but what is certain is that its response will not be passive.

Already this month we have witnessed two sets of terrorist attacks on Gulf oil interests Iran, or its proxies, are blamed for an assault on four ships in which explosives damaged the hulls. Two of these vessels are Saudi-owned. In the second, Iran proxies are blamed for drone strikes on a Saudi Arabian oil pipeline.

In response to terrorist threats to its eastern oil-rich provinces, Saudi Arabia’s state-controlled media have begun calling for “surgical strikes” against Iranian interests.

Such action would provoke a wider conflagration.

What tends to be overlooked in all of this is the ease with which Iran, on a previous occasion, stifled oil shipments from the Gulf.

In 1984, Iran was widely believed to have been responsible for rolling second world war mines into Gulf waterways in the so-called “tanker war” with Iraq. This destroyed several vessels and brought tanker traffic to a halt for weeks.

Adding to jitters are recent reports that a Katyusha rocket fell near the American embassy in central Baghdad. Iranian-backed militias, with their strongholds across the Tigris River in the east of the city, are suspected of launching the rocket.

Washington had already ordered non-essential US personnel out of Baghdad. Oil giant ExxonMobil has begun moving employees out of the region. The US has warned commercial air traffic of increased risks in the Gulf.

This is a movie we have seen before, in the first Gulf War and in the 2003 invasion of Iraq to remove Iraqi dictator Saddam Hussein.

Iran proved to be a significant beneficiary of the chaos that resulted from a destabilisation of the Middle East following the US-led invasion.

None of this is contributing to a stable oil market, on which the global economy rests.

On top of punitive sanctions against Iran, sanctions on Venezuela and disruptions in Libya caused by a civil war have unsettled markets.

Until sanctions started to bite, Iran was the second-largest exporter among Organisation of Petroleum Exporting Countries (OPEC), behind Saudi Arabia. At their peak, Iranian exports were about 3 million barrels a day.

That number has now slid to 500,000 barrels or less, according to oil market analysts. But in its attempts to skirt US sanctions, Iran is no longer reporting production to OPEC and is not providing definitive information on exports.

As things stand, US sanctions are being adhered to by most importers of Iranian crude, with the likely exceptions being China and India. The US removed waivers on countries accepting Iran’s oil in November after withdrawing from the JCPOA in May 2018.

The 2015 agreement, negotiated by the Obama administration in partnership with the five permanent members of the United Nations Security Council plus Germany, froze Iran’s nuclear program for 15 years. The agreement was designed to provide an opportunity for the West to take counter-measures in case Iran upscaled its production of fissionable material.

By withdrawing from the JCPOA without a fallback position beyond punitive sanctions and threats of military action, the US has separated itself from its allies and left itself few options beyond further sanctions – or military threats.

That is, unless Trump’s offers of direct negotiations with Iran’s leaders bear fruit. At this stage, a tense standoff in the world’s most volatile region is not only dangerous, it could have been avoided by the US adhering to an agreement that was far from perfect, but better than the alternative.

That alternative is estrangement from its allies on Iran, and now real risks of a further security deterioration in the volatile Gulf.

Philip Gordon, a Middle East specialist at the Council on Foreign Relations, summed up the dilemma for US policy and that of its allies rendered anxious by risks of adventurism in the Gulf in pursuit of an American goal of regime change in Tehran. He wrote that barring something extraordinary such as the collapse of the Iranian regime,

It’s hard to see how this current conflict could end without the United States backing down or with a further and very dangerous escalation. The Trump administration should have considered all this before it walked away from the nuclear deal in the first place.