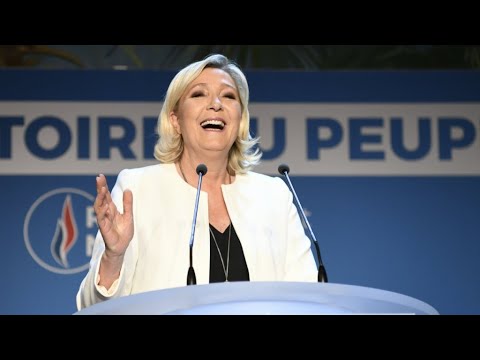 Ann Arbor (Informed Comment) – I grew up in the shadow of World War II. It ended only seven years before I was born. I had an uncle who had been at the Battle of the Bulge. My father was too young to serve, but was inspired by the fight against fascism and joined as soon as he could, in 1948. When I was two, in 1954, the US Army detailed my father to the Supreme Headquarters Allied Powers Europe (SHAPE) in Paris, a unified multi-country NATO force. France was then part of NATO and had been liberated from Nazi rule by the US military in 1944-45, which was how SHAPE came to be headquartered near Versailles. My earliest memories are of Paris. On a later posting in France, we visited Normandy.

The allied landing on the beaches of Normandy in northern France on D-Day June 6, 1944, turned the tide in Europe against a rampaging fascism that had subdued the continent and was targeting Britain and the Soviet Union, as well. The Holocaust against Jews, but also against Romany and gays was ongoing. The fascists of Europe had allied with imperial Japan, which had overrun China and southeast Asia, committed massacres and bombed the US Pacific Fleet in Hawaii, killing over 2,400 Americans.

I have a sinking feeling that our current president, Trump, unlike President Franklin D. Roosevelt, would not have ordered D-Day and would not have stood against a militant and murderous far right in Europe.

Here is what makes me think this:

1. Fascism was about racial hierarchy, with northern Europeans pronounced superior and having a mystical relationship to the soil of the fatherland. In 1972, some far right French figures, some of whom had collaborated in the fascist Vichy puppet government with the Nazi occupiers, such as Léon Gaultier, formed a political party, the National Front (French acronym FN). Since the French had been rather mauled by fascism, the FN, was a joke. It came to be headed by an anti-Semitic conspiracy theorist Jean-Marie Le Pen, who had fought against Algerian independence and practiced torture on Algerians. He denied the Holocaust, said France is for the Catholic Gauls, demeaned immigrants, and denounced French president Nicolas Sarkozy (of Hungarian and Jewish ancestry) as “not French.” The party was later taken over by his estranged daughter, Marine Le Pen, who hates Muslims as much as her father hated Jews. So the FN, renamed “National Rally” in 2018, is a direct descendant of Vichy fascism of the sort D-Day was intended to dethrone.

In 2017 Marine Le Pen ran for president. Trump supported her as “strong on borders.” Trump would have been rooting for the Vichy troops defending themselves from the American invaders, and would have praised Marshal Philippe Pétain as “strong on racial purity.” (Isn’t that really what Trump means by “strong on immigration”?)

2. The fascist regimes of Europe during the first half of the 1940s were headed by dictators and strongmen, sometimes backed by pliant mass political parties. Trump does not object to dictatorships. He loves strongmen with a passion. He has praised Egyptian Field Marshal Abdel Fattah al-Sisi (who came to power in a coup that crushed a democratic movement in 2013); he has praised the absolute monarchy in Saudi Arabia. He praised Brazil’s far right Jair Bolsonaro.

3. Trump’s ambassador to Germany, Richard Grennell, has openly spoken of building support for the Right in that country. He has slammed Chancellor Angela Merkel for being weak on “immigration.” Many Germans feel that he and Trump are backing the AfD or Alternative for Germany, and far right nationalist group. It is now forgotten that the Nazis were hostile to those they saw as “immigrants.” It expelled people of Polish descent and of course Polish Jews. The Nazis saw Slavs as inferior interlopers. Once they conquered Poland in 1939 they even began expelling Poles from there.

Then there was Trump’s support for the Hungarian soft dictator Viktor Orban, who has deeply damaged Hungarian democracy and demonized Muslims.

I don’t see a D-Day in all this. I see complaisance and collaboration.