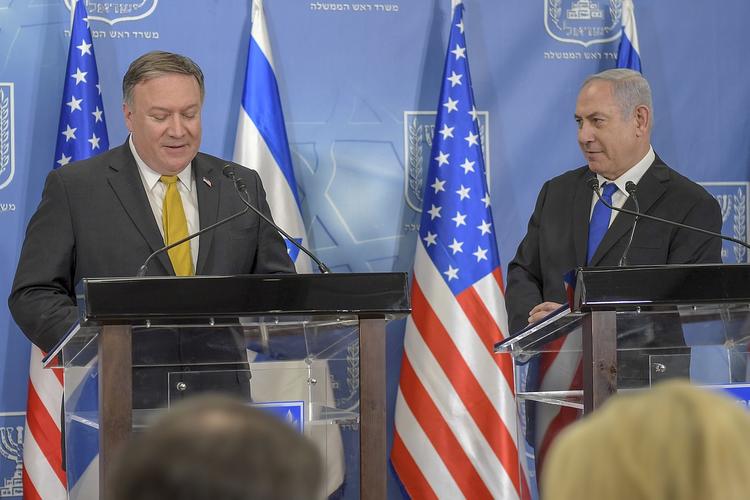 Ann Arbor (Informed Comment) – I can barely believe it. Mike Pompeo, who can believe 10 impossible things before breakfast every day, including the impending Rapture and Hilary Clinton’s responsibility for Benghazi, isn’t a complete Trumpbot after all.

In private remarks to the Conference of Presidents of Major American Jewish Organizations that someone recorded and leaked to the Washington Post, Pompeo threw cold water on Jared Kushner’s still unrevealed “Deal of the Century.” There are things wrong with it, he admitted.

2. It is “unexecutable,” i.e. impractical and incapable of being implemented in the real world.

3. It isn’t very original. (This is bad, since all previous attempts by the Israelis and their American backers to impose a settlement on the Occupied Palestinians have failed, and if this Deal is like the others then it will fail too).

4. It stacks the deck for Israel so heavily that the Palestinians will refuse to play. Only an Israeli, Pompeo admitted, could love it.

The normally docile and compliant Palestine Authority is so enraged by what they know of the deal that they have cut off relations with the United States and are refusing to be involved in these negotiations.

And the Trump administration has cut off funds to the UN Relief and Works Agency that had been used to keep millions of Palestinian refugee families from starving, as well as cutting off development aid to the Palestine Authority.

Pompeo just confirmed what most seasoned observers were expecting.

In separate remarks at Axios on HBO, Kushner revealed that he has no idea what self-determination means. He said Palestinians need to have it, but then implied that they would remain under Israeli military Occupation and that anyway the Palestinian WOGS are incapable of self-rule at this time.

Yes, and in the 1930s and early 1940s Churchill thought Indians wouldn’t be ready for self-rule for hundreds of years.

The main problem at issue in Palestine is Occupation and statelessness. A state has control of the land, water and air of a territory. Palestinians do not have one.

A state gives its citizens secure human and property rights. Palestinians lack them.

The only thing the Trump administration is actually capable of doing is making things worse.