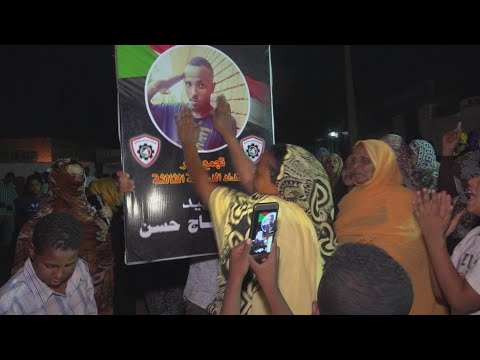 It is still not clear what’s going to have a stronger influence on the choices of the military leaders in Sudan. The public mediation of Ethiopian Prime Minister Abiy Ahmed, who delivered, through the African Union, a message from the international community demanding the immediate handover of power to a civilian administration? Or will the covert insistence of the UAE, Saudi Arabia and Egypt on legalising a civilian presence in the government and imposing permanent military guardianship over it be more decisive?

On the eve of last week’s Eid Al-Fitr marking the end of the month of Ramadan, the Transitional Military Council (TMC) ordered the popular sit-in in Khartoum to end. They entrusted militias with this task to avoid taking responsibility for a new crime that the International Criminal Court could add to the files of former President Omar Al-Bashir and his men. Eid celebrations turned into funerals, and with that came the end of a beautiful Sudanese dream that was too good to be true. Nothing stands in the way of the popular movement continuing as long as there is a will, but the militias were brought in to use violence to end the peaceful nature of the revolution.

READ: ‘Everyone who resisted was threatened with rape’ says Sudan activist

What happened was awful. On Monday, 3 June, the militias attacked the protesters. The immediate targeted killing of activists and sit-in leaders was reported, along with general slaughter, burning, rape and disposal of bodies in the Nile. The brutal and excessive violence was deliberately intended to spread terror, so that the demonstrators would not return to the streets. Attackers beat men and women while asking them if they want a “civil or military” government, mirroring the Syrian regime’s beating of protestors while proclaiming “Assad or we burn the country”. The political mindset of Sudan’s TMC and Assad regime appear to be one and the same. The only difference is that the negotiations in which the Sudanese military was involved with the Declaration of Freedom and Change protesters, which focussed on the transfer of power, turned out to be deceitful and merely a means for the military to buy some time.

Before and during negotiations, the militias’ presence was on the table; neither side spoke about them, but nor did they ignore them. These militias are the former regime itself. It is true that it lost its head, but the militias are there to protect the many other heads, arms and tails that the regime had. The army and the police did not participate in beating up protesters; they withdrew from the scene and their absence was the best cover for the militias. The TMC cannot deny its responsibility, nor claim that uncontrolled militias have committed such crimes without its knowledge or against its will. More importantly, it cannot justify its absence at the moment when it was needed to carry out a mission that it kept claiming was its task alone, which is to maintain security in Sudan.

The TMC has not tired of reiterating that it does not want to rule Sudan, but what happened has completely undermined hope of a peaceful solution, the most important part of which was the peaceful nature of the revolution and the legitimacy of its demands in exchange for military personnel who fought for the revolution and prepared for orderly change in cooperation with civilians. This has all disappeared after the bloodshed.

The repercussions of the repression have left the military with no choice but to do the one thing they kept renouncing, which is to rule and reproduce the Bashir regime of which they were the product. They need a civilian government as a democratic veneer, so they will return to the rules of the previous regime and its parties, because the Declaration of Freedom and Change supporters have lost faith and will not cooperate with them.

Unfortunately, the opportunity for historical reconciliation and governance based on partnership in which the army has a privileged position has been missed. Any hybrid formula in its place will not constitute a real and lasting solution.

Abdul Wahab Badrakhan is a Lebanese journalist. Badrakhan was a journalist in ‘Annahar’ (Beirut) until 1979, in ‘Annahar Arabic & international’ magazine (Paris) up to 1989, in ‘Al-Hayat’ (London) as managing editor then deputy editor in chief until 2006. At present, Badrakhan is working on two books. The first book is on the roots of the experiences that have motivated young Arab men to go to Afghanistan. The second is devoted to Arab policies to counterterrorism, starting with the attacks of Sept. 11, 2001 and covering the ensuing wars.

France 24 English: “Victims of crackdown in Sudan hailed as ‘martyrs of the revolution'”