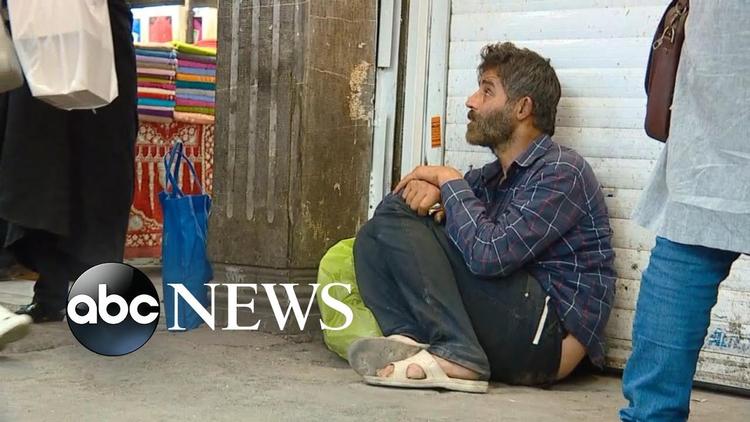 (Informed Comment) – On May 24, 2018, the Department of Defense organised a Briefing on Iran with the participation of Katie Wheelbarger, Principal Deputy Assistant Secretary of Defense for International Security Affairs, and Vice Adm. Michael Gilday, Director of the Joint Staff. The Briefing was aimed at providing some information about the despatch of U.S. forces and capabilities to the Persian Gulf, allegedly to deter Iranian threats. According to Ms Wheelbarger, “These capabilities are intended to enhance our defenses, harden our positions and provide additional ISR coverage to see the threat, to be able to illuminate the threat more clearly.” (https://dod.defense.gov/News/Transcripts/Transcript-View/Article/1857948/department-of-defense-briefing-on-iran/)

However, the Briefing was striking for its unsubstantial, flimsy, unrealistic and fabricated nature. As an effort to prepare the public for possible use of military force against Iran it was even more laboured, less convincing and much weaker than the infamous performance of former Secretary of State Colin Power in front of the Security Council to justify the invasion of Iraq. Let us look at the sequence of events and the alleged threats that Iran poses.

1- After many years of hard and detailed negotiations at expert levels with all the five permanent members of the Security Council, plus Germany (p5+1 or E3/EU+3), on 14 July 2015 Iran and great powers finally reached a landmark nuclear agreement, known as Joint Comprehensive Plan of Action (JCPOA). The agreement has strictly blocked all the paths to Iran’s acquisition of nuclear power.

In order to reach Implementation Day on 16 January 2016, Iran had to accept drastic cuts in its nuclear programme, which it did meticulously and ahead of the deadline. According to the JCPOA, Iran halted its production of uranium enriched to 20 per cent, removed the core of the heavy water reactor in Arak and filled the channels with cement, rendering it inoperable. Iran dismantled over 13,000 centrifuges, leaving the country with 6,104 primitive first-generation IR-1 machines, of which 5,104 are enriching uranium to 3.67 percent, and 1,044 machines at the Fordow site that will remain inoperative.

Meanwhile, all of this was carried out under strict IAEA supervision, which will also continue to closely monitor Iran’s future nuclear activities. Iran agreed to adhere to the Additional Protocol, which means unannounced inspections by IAEA inspectors of any nuclear site at the time of their choosing.

Prior to the completion of the nuclear deal, the International Atomic Energy Agency (IAEA) which is in charge of ensuring non-proliferation, in a report, stressed that Iran’s nuclear programme had been peaceful and there had been no deviation towards military uses. All the propaganda about PMD or a possible military dimension had been found to be false.

2- The nuclear agreement was not an agreement just between Iran and the United States, but with six world powers, was also endorsed by the European Union and by U.N. Security Council Resolution 2231.

Section (viii) under the Preamble and General Provisions of JCPOA document reads: “The E3/EU+3 and Iran commit to implement this JCPOA in good faith and in a constructive atmosphere, based on mutual respect, and to refrain from any action inconsistent with the letter, spirit and intent of this JCPOA that would undermine its successful implementation. The E3/EU+3 will refrain from imposing discriminatory regulatory and procedural requirements in lieu of the sanctions and restrictive measures covered by this JCPOA”. So far, in 14 separate reports the IAEA has stressed that Iran has been meticulously adhering to all the provisions of the agreement.

3- However, on 8 May 2018, President Trump withdrew from the JCPOA, despite the advice of all US allies abroad and a large number of experts and politicians at home. Furthermore, he imposed extraterritorial sanctions on Iran that go well beyond what has ever been inflicted on any other country in peacetime, especially a country that had been fighting alongside U.S. forces in Iraq and Syria against ISIS and affiliated terrorist groups.

Those comprehensive sanctions have not only drastically reduced Iran’s oil exports, a major part of the Iranian government’s revenue, but have also cut off Iran from international banking and trade. As a result, Iran has found it difficult to even import the necessary medicine and foodstuffs, which are allegedly exempt from the sanctions. As the result of these measures, the value of Iran’s foreign currency has collapsed, many people are grappling with economic problems, and the Iranian economy has gone into recession after a couple of years of relatively high growth. These measures are nothing short of a total blockade, which is an act of war.

In a State Department Briefing on Iran on 2 April 2019, Brian Hook who has been appointed as United States Special Representative for Iran prided himself on the extent of harm that U.S. sanctions have inflicted on the Iranian economy. He pointed out that SWIFT had disconnected the Central Bank of Iran from its system. Joint teams from “the departments of State and Treasury have now visited more than 50 countries around the world to brief on our new policy and warn of the dangers and reputational risks of doing business with Iran.” (https://americanrhetoric.com/speeches/brianhookiranbriefing04-02-19.htm)

He boasted: “Our oil sanctions have taken approximately 1.5 million barrels of Iranian oil exports off the market since May of 2018. This has denied the regime access to well over $10 billion in revenue…. More than 100 major corporations withdrew from business in Iran. Companies like Total and Siemens have exited the Iranian market, taking with them billions of dollars in investment…. The rial has lost two-thirds of its value, the IMF predicts Iran’s economy will contract by as much as 3.6 percent in 2019, and inflation hit a record 40 percent in November, with inflation for goods at 60 percent.”

He does not seem to realise that the global situation will not always remain the same, and when the world moves towards the implementation of the rule of law, which is certain to happen if we do not wish to revert to the law of the jungle, his list of illegal U.S. measures imposed on Iran provides the best document for the Iranian government’s claim for the payment of billions of dollars of reparation to Iran.

4- On 21 May 2018, Secretary of State Mike Pompeo set out a set of 12 illegal, tough and arrogant demands from Iran, which read like a declaration of war and went well beyond the letter and the spirit of the JCPOA. If Iran had agreed to implement those conditions, it would have been nothing short of complete capitulation and surrender of a country that has been totally defeated in war. It is hard to find a precedent for the sheer audacity and arrogance of those demands even during the heyday of European colonialism.

The United States has a large number of bases, thousands of troops and many military assets in the Middle East surrounding Iran, and yet Pompeo speaks about Iran’s aggressive and destabilising behaviour, and calls on Iran to behave like a normal country!

5- In an unprecedented move in the history of international relations, on 8 April 2019 the U.S. government designated Iran’s 150,000-strong Revolutionary Guards, a major part of Iranian state’s armed forces, as a foreign terrorist organisation. It is interesting to note that when Ms Wheelbarger was asked about Iran’s reciprocal action in designating CENTCOM as a foreign terrorist organisation, she said: “I think the — the Iranian designation of CENTCOM has no meaning in international law or norms”, as though the US’s original action is fully compliant with international law or norms.

6- On 5 May 2019, in an unusual move, the National Security Advisor John Bolton, and not the President or the Acting Secretary of Defense, announced that USS Abraham Lincoln Carrier Strike Group and a bomber task force would be sent to the Persian Gulf, “in response to a number of troubling and escalatory indications and warnings…” (https://www.cnsnews.com/news/article/patrick-goodenough/bolton-warns-iran-carrier-strike-group-bombers-way-middle-east)

Israeli officials said that they understood that “intelligence, gathered by the Mossad intelligence agency, was part of the reason for Bolton’s announcement.” Bolton did not elaborate on the troubling indications, but some officials said: “Over the weekend, Iranian-backed terrorists in Gaza launched hundreds of rockets into Israel.” During the following days a number of other events such as attacks on Saudi pipelines and pumping facilities and a rocket attack in the vicinity of the green zone in Baghdad were attributed to Iran without providing any evidence for Iran’s involvement.

7- Not only would any direct action by Iran be responded to with force, but Iran would be held responsible for even any action taken by various groups from Hezbollah in Lebanon, to the Houthis in Yemen or various Shi’a groups in Iraq or Syria. The Secretary of State Pompeo spread the net very wide, saying that if attacks came from “some third-party proxy, whether that’s a Shia militia group or the Houthis or Hizbullah, we will hold the … Iranian leadership directly accountable for that”. (https://www.theguardian.com/world/2019/may/06/us-deploys-aircraft-carrier-and-bombers-after-troubling-indications-from-iran)

In this case, if any group loosely connected with Iran is accused of having carried out a hostile action or if a regional state wishes to start a war with a red flag operation, it would be very easy to involve Iran in a devastating war against U.S. forces.

8- President Trump’s pronouncements on Iran have gyrated at a giddying pace. On Sunday 19 May, after a golf game at his club outside Washington D.C. the President tweeted: “If Iran wants to fight, that will be the official end of Iran.” It is not clear what brought on that genocidal outburst, but fortunately his recent remarks have been much more conciliatory.

On a visit to Japan over the Memorial Day weekend, President Trump said the U.S. is“not looking for regime change” in Iran. In a press conference with the Japanese Prime Minister Shinzo Abe, the president said: “I am not looking to hurt Iran at all. I am looking to have Iran say no nuclear weapons. We have enough problems in this world right now with nuclear weapons. No nuclear weapons for Iran, and I think we can make a deal. I think Iran again, Iran has tremendous economic potential.” (https://www.juancole.com/2019/05/really-iranian-nuclear.html)

The Japanese prime minister is planning a trip to Tehran next month and he plans to mediate between Iran and the United States.

Let’s hope that these conciliatory words will not be followed by another tweet vowing the elimination of Iran, or by more pronouncements by Ambassador Bolton or Secretary of State Pompeo or officials at the Pentagon about the despatch of more aircraft carrier groups to the Persian Gulf. In the same way that Iran’s intractable nuclear program was resolved through negotiations, other points of contention can also be resolved through dialog, rather than resorting to force.

ABC News: “Iranian civilians feel the economic pressure as the US enforces sanctions”