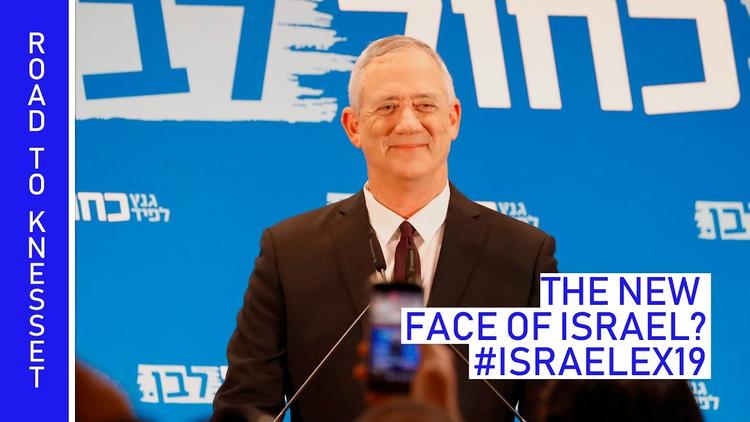 For the second time in a year, Israel is heading to the polls. Israeli Prime Minister Benjamin Netanyahu – who only two months ago was celebrating a historic fifth term in office – now limps, battered and bruised, into his sixth election campaign, his Teflon image and “Bibi-can-fix-it” reputation severely tarnished.

The stakes are high. Fighting not only to preserve his political career but for immunity from prosecution and, ultimately, his freedom, if you thought April’s campaign season was ugly, you haven’t seen anything yet.

As the dust begins to settle on Wednesday’s shock vote to dissolve the Knesset and call fresh elections, here are four things to watch before 17 September.

As the hours ticked by before the midnight deadline to form a government on Wednesday, Netanyahu made a last ditch effort to reconcile the ultra-Orthodox parties, Shas and United Torah Judaism (UTJ), with Avigdor Lieberman’s Yisrael Beiteinu party over the Haredi draft law.

Netanyahu’s suggestion sought to advance the Israel Defence Ministry’s (read, Lieberman’s) version of the law, promising that it would be presented to the Knesset – without amendments – for approval as soon as the government was formed. The bill would, however, require a second and third reading, meaning it wouldn’t automatically become law.

The prime minister’s move has been seen by the ultra-Orthodox parties as nothing short of betrayal, sparking anger and threats of reneging on an age-old alliance.

Given the fact that Shas won eight seats in April’s election, and that technically four of the eight seats won by UTJ belong to Degel HaTorah, 12 of the 16 ultra-Orthodox Knesset Members (MKs) could theoretically vote to pass the Haredi draft law. If this were the case, the Agudat Yisrael party could find itself left out in the cold and, ultimately, unable to block the bill’s passage.

Such a rift could prove vital to ending the long impasse over the draft law. Yes, the ultra-Orthodox parties are smart, and will likely use the next four months to regroup their opposition to the bill. Yet this rare glimpse of factionalism, almost buried amid last night’s drama, could represent a significant opportunity for those savvy enough to exploit it.

Though the decision to hold fresh elections has been met with lament and frustration, for the Arab-dominated parties the announcement is a gift from God.

Following an historically low turnout among voters, the Hadash-Ta’al and Ra’am-Balad alliances struggled to win ten seats in April, three lower than they held in the previous Knesset. Compared to the 15 or so seats they had hoped for, the parties’ performance was a disaster.

This has since been interpreted by some commentators as “punishment” from Palestinian citizens of Israel for disbanding the former Joint List, which saw all four parties run together under one list in the 2015 election. Arab-Israeli MKs have also conceded that, in hindsight, dissolving the Joint List was a mistake.

Already rumours of “Joint List 2.0” have begun to circulate. The four party leaders today expressed their interest in rebuilding their former alliance, with Hadash leader Ayman Odeh telling Israel’s Army Radio “we hope that within a week we will decide how to run”.

Meanwhile Ta’al head Ahmad Tibi – who many hold responsible for fracturing the Joint List to further his own ambitions – told Radio Mekan that “all the parties will benefit from setting [the Joint List] up afresh”.

Spirits were high in the Arab-Israeli camp yesterday, with all ten MKs voting to dissolve the Knesset and head to new elections. Odeh was even praised for lightening the fraught atmosphere by poking fun at Netanyahu’s array of survival promises.

“I apologise to my fellow MKs that I didn’t let you know ahead of time,” Odeh quipped, “[but] seven minutes ago Prime Minister Benjamin Netanyahu spoke to me and he said he is willing to withdraw from the occupied territories, […] cancel the nation-state law [and] recognise the Nakba […] in return for the immunity law.”

Humour aside, Arab-Israeli MKs and indeed their community at large must learn an important lesson from April’s election. Though of course nothing is guaranteed, increased voter turnout and more Joint List 2.0 seats could deprive the right-wing bloc of Knesset dominance and give Palestinian citizens a stronger hand in recommending a prime ministerial candidate.

One certainty is that, in the next four months, the Arab-Israeli parties will not be alone in trying to form new alliances and rekindle old associations.

Leading the charge is the Blue and White (Kahol Lavan) alliance, the “boys club” of three former army chiefs of staff and Yair Lapid. Whether Blue and White can remain united is the first question at hand, after rumours of discord between its two factions – Benny Gantz’s Israel Resilience (Hosen L’Yisrael) party and Lapid’s Yesh Atid – emerged this week.

Blue and White’s number three Moshe Ya’alon has since stressed the need to preserve the alliance, calling on all members to put their egos aside for the greater good. Blue and White performed well in April, winning the same number of seats as Netanyahu’s Likud despite only uniting two months before polling day. With four months of campaigning ahead, the alliance may be able to use Netanyahu’s raw nerves to its own advantage.

The left-wing parties, Israeli Labor and Meretz, are also considering an alliance. Meretz has previously reached out to Labor on a number of occasions, but to no avail. However, given the Labor party’s disastrous defeat on 9 April and with a yet-to-be-named new leader at the helm following Avi Gabbay’s imminent resignation, circumstances may force them to reconsider.

On the right, meanwhile, the fringe is reassembling. Moshe Feiglin, leader of the Zehut party – which failed to cross the 3.25 per cent minimum threshold needed to sit in the Knesset – has emerged from post-election obscurity, adding that he is “open to mergers” with any right-wing party willing to accede to his libertarian, hawkish agenda.

Similarly Ayelet Shaked and Naftali Bennett, whose misplaced confidence in their personal appeal and tasteless election campaigning plunged them into oblivion on 9 April, are already plotting their comeback. Whether the dynamic duo will put their defeat behind them and emerge reunited is, however, less certain, with Shaked rumoured to be considering a high-profile slot in the Likud party.

Rumbles of dissent in Likud ranks

One party in need of some serious soul searching is Likud. Reliant on the cult-like popularity of Netanyahu for over a decade, for the first time the prime minister is beginning to look like a liability rather than an asset. If brand Bibi turns toxic, will his internal rivals decide that enough is enough?

Several Likud members have been waiting in the wings, holding their cards close to their chest in preparation for a post-Netanyahu era. Most prominent is Gideon Sa’ar, who performed well in the Likud party primaries back in February and has been a vocal critic of the prime minister’s attempts to guarantee his immunity at any cost.

Others include the relatively-unknown Yisrael Katz, Likud’s number three. Apart from select comments promising to annex the occupied West Bank to Israel – no longer taboo and, if anything, a popular election promise – Katz would make a “sensible”, untarnished replacement for his bullish predecessor. His lack of a strong, charismatic persona may, however, harm Katz’s shot at the top spot if the likes of Gilad Erdan, the public security minister who has made a name for himself fighting Israel’s anti-BDS war, moves to oust Netanyahu.

It will take a bold figure to put their head above the parapet and suggest that Netanyahu step down as party leader. Whether momentum for such dissent will gather pace in the coming months is, as yet, unclear. With the possibility that the prime minister could be indicted in October, Likud may consider it best to pre-empt the inevitable and put steps in place to select a replacement. However, if Netanyahu once again achieves the impossible, avoiding trial and spiriting away the embarrassment of yesterday’s defeat, he could yet live to fight another day.