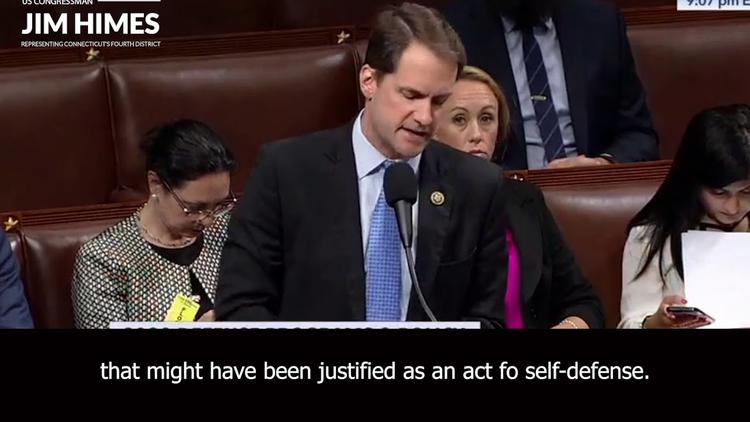 Ann Arbor (Informed Comment) – Ed Kilgore at New York Magazine reports that the House of Representatives has passed the National Defense Authorization Act with a number of riders. One, which passed 251-170, was an amendment forbidding Trump to launch a war on Iran without explicit Congressional approval, except in a case of clear self-defense. The votes included 224 Democrats and 25 Republicans.

The rider was appended by the political odd couple of Ro Khanna (D- Silicon Valley) and Matt Gaetz (R-Fl. Panhandle). Gaetz noted that Trump himself was not keen on another Mideast war, and represented the amendment as support for the president’s own instincts in this regard.

The small Libertarian wing of the Republican Party generally holds antiwar views, but for unusual. They have a wacky theory that corporate rule would be much better than government, and that corporations only plump for war because of the bad influence of the Federal government. They need to read William Dalrymple’s new book about the East India Company, a chartered company that waged war on the Mughal Empire, conquered India and ruled it until the enraged Indians rose up in 1857-58.
In any case, on the Iran issue Libertarians are for now allies and Dems should welcome their support. But when Libertarians start talking about abolishing social security or the SEC, they should be firmly ignored.

Although the Iran War amendment passed on a bipartisan basis, the Dems added other riders to the NDAA under pressure from progressives such that no House Republicans voted for the final version of the bill.

The Senate also tried to pass such an amendment requiring Congressional approval for hostilities with Iran, but only mustered 50 votes for the measure instead of the 60 required for many measures in that chamber.

The Senate and House versions will go to committee for a compromise, and it isn’t clear whether the House rider will survive these negotiations.

The 2001 Authorization of the Use of Military Force only allows military action against those members of al-Qaeda who were behind September 11, 2001 attacks.

This is the reason for which the Homicidal Maniac wing of the Republican Party, exemplified by Secretary of State Mike Pompeo and National Security Adviser John Bolton, keep lying that Iran had something to do with 9/11. This kind of lie, deployed against Iraq, was effective in getting up the war on that country in 2003. But it was even more implausible regarding Shiite Iran, which almost went to war with the Taliban in 1998 and had diplomats killed in Mazar-i Sharif by al-Qaeda, which also targeted thousands of Afghan Shiites for massacre. (Al-Qaeda is hyper-Sunni, Iran is Shiite; they hate each other). Iran was not above capturing some al-Qaeda and seeing if they could trade them for something, but that isn’t like helping plan 9/11. Indeed, Iran staged candle light vigils in sympathy with the US, as a victim of al-Qaeda itself, in September, 2001.

So the AUMF can’t actually be used to launch a Congress-less war against Iran. But the amendment to the NDAA just made the principle explicit.