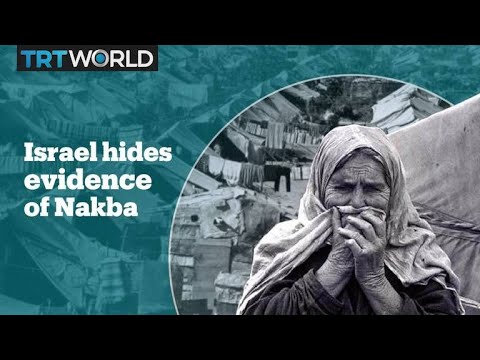 In January 2018, +972 Magazine published an article outlining the reasons why Israel’s Chief Archivist Dr Yaakov Lozowick had declared he was going into early retirement.

Lozowick was protesting against Israel’s policy of maintaining documents classified. A report by the senior archivist said: “Israel is not dealing with its archival material in a manner befitting a democracy. The vast majority of the material is sealed and will never be opened. The little of the material that will be made accessible, will be accessible only with unreasonable restrictions. The process of releasing of records lacks any public accountability or transparency.”

He noted that of all the Israeli archive, only 1.29 per cent had been declassified.

This pushed “archives’ enthusiasts and professionals has been gradually assembled, among which are archivists, academics, documentary filmmakers, journalists, freedom of information activists, genealogists, as well as groups and individuals from the general public” to form a community to fight for declassifying the Israeli records. The papers are thought to still be on the shelves, and if the new community achieves it may unveil details about Israel’s policy against Palestinians and in the region, but what will happen if the archive is destroyed?

Early this month, Haaretz published an investigation carried out by journalist Hagar Shezaf and which revealed how Israel has been systematically hiding the Israeli archive which documented Zionist crimes against Palestinians.

Damaging historical documents or hiding them from researchers is an illegal act. However, Israel has been working hard for decades to black-out the historical records in these documents in an effort not to stain its image before the eyes of the world.

The great Israeli historian Benny Morris said that the Hasbara Department of the Israeli foreign ministry issued in 1969 a booklet authored by his father which denies the Zionist massacre committed against civilians in the Palestinian village of Deir Yassin. “In the booklet,” Morris said, “it was claimed that there was no massacre in Deir Yassin and that the story about the massacre is supposedly an Arab fiction.”

Israel plans to hide documents relating to the Nakba in an effort to hide its crimes and perpetuate its lies.

“The objective is to undermine the credibility of studies about the history of the [Palestine] refugee problem,” Yehiel Horev, former head of the Israeli defense ministry’s security bureau Malmab, explained. He added that “an allegation made by a researcher that’s backed up by an original document is not the same as an allegation that cannot be proved or refuted.”

“If someone were doing this to Holocaust documents, there would be a cry to the heavens. What a shame.”

The Jewish State is actively trying to erase the Nakba and any critical discussion of it. Holocaust denial is illegal in Germany – but Nakba denial is not illegal in Israel, and it is thriving.

If Israel is attempting to erase the Nakba from its archive in order to bury Palestinian history, civilisation, culture and rights, their attempts will fail.

One reason for this is that Israel has not stopped committing war crimes and genocide against Palestinians since its creation in 1948, when its gangs, which became its army, killed thousands of Palestinians – displacing around 800,000 – and demolished over 530 cities and towns and villages. It has continued committing crimes against the Palestinians until this day.

Israel also continues to disregard international laws and conventions, and ignore resolutions issued by international bodies which have been calling for it to respect Palestinians, their rights and allow Palestine refuges to return to their homes.

Contrary to the words of Israel’s first Prime Minister David Ben-Gurion, Palestinians have not forgotten their right to the land, their homes and their right of return. “The old [Palestinians] will die and the young will forget,” Ben-Gurion infamously said, however generation after generation Palestinians have passed on their history and their link to the land. Even those in the diaspora have held on to their roots.

A number of those working to that end are in Israel. They are reluctant to support the state’s policies regarding its archives. This community is emerging and moving to fight the government’s efforts to hide the crimes it has committed.