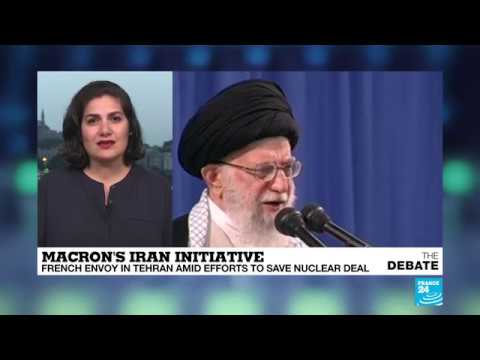 (Foreign Policy in Focus ) – It was not very long ago that Donald Trump was calling North Korean leader Kim Jong Un “Little Rocket Man” and threatening to rain “fire and fury” down on North Korea. In response, Kim called Trump a “dotard” and promised an equally fiery attack on the United States.

But now, two summits, the exchange of friendly letters, and a dramatic handshake at the DMZ have nearly erased what had once been a very tense relationship between the two leaders.

It’s tempting to assume that Trump approaches international relations according to the same template: aggressive threats followed by cordial diplomacy. It’s how he recently treated Mexico, for example, by threatening to impose an escalating series of sanctions on the country if it didn’t stop the flow of refugees across its northern border into the United States. The administration backed down after an interim agreement. The U.S. president seems to be approaching China in a similar fashion, with threats followed by a recent truce.

And then there’s Iran.

Since he took office, Trump has kept up a constant attack on Iran and its leadership. He has also taken aim at the nuclear agreement that the United States (alongside EU, Russia, and China) negotiated to eliminate any path Iran might take to building nuclear weapons. Last year, he withdrew the United States from that agreement.

More recently, the United States and Iran moved closer to the brink of outright conflict. The United States accused Iran of attacking several ships in the international waters of the Persian Gulf region. And Iran shot down an unmanned drone, which it accused of flying over Iranian territory. The Trump administration authorized a cyberattack on Iran in response and came very close to launching an aerial bombing of Iranian infrastructure.

Although several members of the Trump administration – notably National Security Advisor John Bolton and Secretary of State Mike Pompeo – support a more active regime-change campaign against Iran, Trump seems less certain. He is not eager to start a ground war in the region. And he has expressed his desire on several occasions to sit down with Iranian officials to negotiate another agreement to replace the nuclear accord that he has done so much to destroy.

On the face of it, then, it seems as though Donald Trump is preparing to make the same pivot on Iran that he did with North Korea. He defied his advisors and the opinion of the Washington commentariat more generally to reach out to Kim Jong Un. Perhaps he is on the verge of doing the same thing with Iranian President Hassan Rouhani.

There are, however, significant differences between the two cases. With North Korea, Trump was effectively dealing with a clean diplomatic slate. The Obama administration had failed to negotiate any lasting agreement with Pyongyang. So, Trump has been able to position himself as a pathbreaker, as a president who not only outperforms his predecessor on this issue but all previous modern administrations as well. Indeed, Trump believes that his initiatives on North Korea will ultimately net him a Nobel Peace Prize.

Iran is a different matter. By coming close to destroying the Iran nuclear deal, Trump is not only ripping up a legacy of the Obama administration. He is angering European allies – as well as Russia and China – who have invested a great deal of political capital in that agreement. He is undermining U.S. credibility in the international community, particularly the assumption that Washington will abide by agreements that it signs.

And, of course, Trump has infuriated Iran. The restoration of sanctions removed by the Obama administration as part of the nuclear deal – plus the addition of even more sanctions – has severely affected the Iranian economy. The threat of secondary sanctions against any country doing business with Iran has further hurt the country, particularly by cutting into revenues from the energy sector.

The only segment of the Iranian population that is happy with Trump’s moves is the group of hardliners that never wanted rapprochement with the United States in the first place. These hardliners occupy important positions in the clerical hierarchy as well as the Islamic Revolutionary Guard Corps. The latter was responsible for the shootdown of the U.S. drone and may have been involved in the naval incidents as well.

Even if Trump intends to pivot toward negotiations, Iran may no longer be interested in talking with Trump. Iranian officials don’t believe that they can trust anything that Washington says – and, after Trump has walked away from so many agreements that the United States has signed, they have a point.

Also, it’s not entirely clear that Trump has a consistent approach to U.S. adversaries. He doesn’t seem to have any interest in negotiating a new deal with Cuba to replace the Obama-era agreement. He doesn’t appear to want to talk with Nicolas Maduro of Venezuela. Perhaps Washington will eventually reach a trade deal with Beijing – but the Trump administration has continued a hardline approach to China on other issues from information technology to cybersecurity.

In other words, there is no consistent Trump doctrine such as “speak loudly, wave around your big stick, but ultimately get down to negotiations.” Worse, U.S. foreign policy has become concentrated in the hands of the president, with considerably less input from the State Department, the National Security Council, and the intelligence agencies.

Or it could happen because Donald Trump wakes up one morning and decides to follow through on all the threats that he has made. The same split-second decision that led him to meet Kim Jong Un at the DMZ might lead him to launch an attack on Iran. That’s what it means to have an erratic, inconsistent, and fundamentally irresponsible president in the White House.

France 24 English: “Iran: “Trump’s not looking for a war”