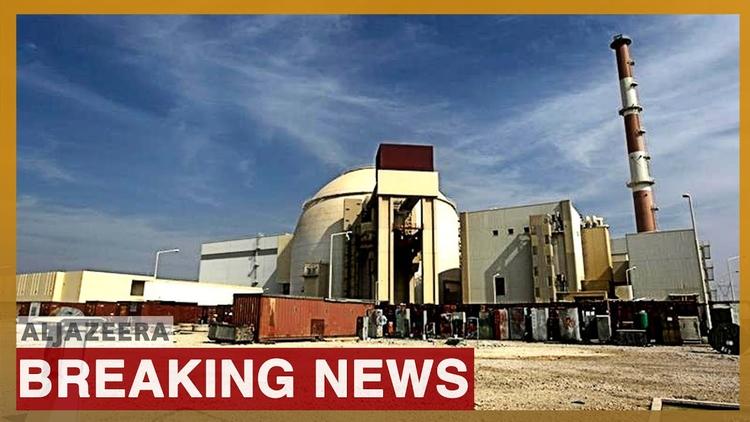 The Iranian government saw the President’s vacillation as a sign of weakness, one journalist tells me, “Iran was ready to retaliate on an unbelievable scale.”

Tehran resident Dariush is exactly the kind of person that the Trump Administration claims to be supporting. He is a middle-class businessman who hates the clerical regime. The White House thinks Iranians like Dariush would welcome the overthrow of their government. But when I talked to Dariush by phone, he was more angry at President Donald Trump.

Dariush’s mother requires regular injections of medicine. The cost of the drug has increased threefold in the past year, and he must buy it for her on the black market. He blames inflation on the US sanctions: “They are just hurting normal people.”

I ask his reaction to Trump’s on-again, off-again threats of war against Iran. “If a war happens,” he says, “I will defend my country. I don’t like my government, but I will fight.”

Over the past several weeks, the Trump Administration has managed to infuriate ordinary Iranians, traditional US allies, and US war hawks. The emerging “Trump Doctrine” uses economic sanctions and tariffs to bully other countries, accompanied by fiery threats of military action without actual attacks. Not only is the doctrine foolhardy, it isn’t working.

Of ships and drones

Since May, six oil tankers in the Persian Gulf area have come under attack. The Trump Administration immediately blamed Iran’s Revolutionary Guard Corps for attaching mines to the ships, and provided grainy video as evidence. Iran denies attacking the tankers.

Then, on June 20, Iran shot down a US Global Hawk surveillance drone, which cost an estimated $130 million. The US claimed the drone was flying over international waters. Iranian officials said the drone entered Iranian airspace and displayed drone wreckage at a press conference to bolster their argument.

The next day, in a bizarre sequence of events, Trump ordered the Pentagon to attack an Iranian missile battery, and then called back the planes at the last minute. He claimed this was because he had learned the raid could cause 150 Iranian casualties, but an investigation by The Daily Beast revealed he had known the body count prior to green-lighting the attack.

Rightwing hawks in the US criticized Trump for calling off the attack. Liberal Democrats pointed out that he started the whole mess by withdrawing from the 2015 Iran nuclear deal. Trump supporters tried to pass off the flip flop as a brilliant tactical move that threw the Iranians off balance.

In fact, the Iranian government saw Trump’s vacillation as a sign of weakness, according to a Tehran journalist with close government ties, who is not authorized to speak to the media.

“Iran was ready to retaliate on an unbelievable scale,” the journalist tells me in a phone interview. “After the first US missile launch, Trump wouldn’t be able to control the consequences, not only in the Persian Gulf but from Saudi Arabia to Israel.”

So, instead of dropping bombs on Iran, Trump announced new sanctions claiming to seize financial assets of top officials such as Supreme Leader Ayatollah Ali Khamenei. Since the sanctioned leaders don’t have western bank accounts or other such assets, the sanctions mean nothing.

Yet they were an insult not only to Iran but to Shia Muslims, according to William Beeman, an Iran expert at the University of Minnesota.

“Ayatollah Khamenei is Iran’s spiritual leader,” he says. “Trump is attacking Shia Islam itself with this move, and that is how it will be interpreted in Iran.”

Now the Trump Administration is caught in a bind of its own creation. It would have great difficulty invading and occupying Iran because of the huge financial cost and potential for an astronomical death toll on both sides. So-called limited military strikes can destroy installations, but they also rally people to support their government.

Unilateral sanctions won’t work either because, among other reasons, no European or Asian country supports them. Harsh sanctions can cause a lot of human suffering, but they won’t lead Iranians to rise up and install a pro-US regime.

So Trump is stuck trying to come up with new sanctions and ever more bombastic ways to threaten military assaults without actually doing so. Trump has turned Teddy Roosevelt’s famous slogan on its head: talk loudly but carry a teensy-weensy stick.

Of course it’s possible that Trump’s ultra-right wing advisors will persuade him to launch an attack, according to Professor Foad Izadi, an expert on US-Iran relations at the University of Tehran. If he did, he tells me by phone, “There would be a major military response.” Iran can’t afford to look weak, he says. “The US must understand the cost is high.”

The European signers of the nuclear accord, including the United Kingdom, Germany, and France, object to the US pulling out of the 2015 nuclear accord and oppose unilateral US sanctions. But they haven’t done anything in practice to live up to the legally binding agreement.

Iran has given those countries until July 8 to lift their de facto sanctions on Iran, specifically, to facilitate trade in Iranian oil and gas. Russia and China have taken such steps, so could Europe.

If nothing changes by July 8, Izadi says, Iran will take a number of calibrated steps to increase the amount of enriched uranium used for generating electrical power, and increase the level of enrichment to as high as 60 percent. That would bring Iran closer to the 90 percent level needed to produce a nuclear bomb. Even with enough uranium for a bomb, however, experts say Iran has no ability to build one. Iran would increase production as a bargaining chip.

How Trump could end the crisis

In keeping with Trump’s doctrine of avoiding large troop commitments, I offer the following handy hints on how to resolve the Iran crisis:

You don’t think such plans would work? Hey, they have no worse chance than Trump’s current policy plans.

Remember Trump’s “plan of the century” that would solve the Palestinian-Israeli conflict once and for all? Well, the White House finally revealed the plan this week at a meeting in Bahrain. The plan promises Palestinians economic improvements through $50.7 billion in foreign aid and private investments, although the US would provide no funds.

There’s no mention of the key political issues such as creating a Palestinian state, stopping settlements and returning occupied West Bank land, the status of Jerusalem or returning the Golan to Syria. The plan was denounced by all Palestinian political parties and leaders. The plan is an insult to the Palestinians and everyone else in the Middle East.

But when it comes to Trump grand plans, what else is new?