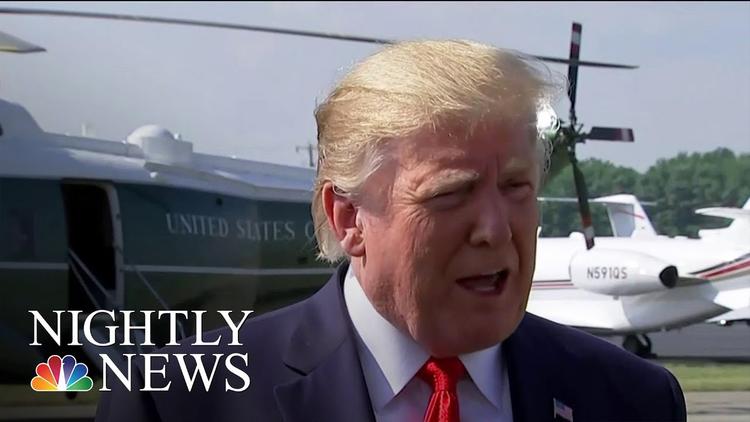 (Al-Bab.com) – The point of diplomatic cables, and the cause of excitement when they are leaked, is that they are meant to be private – from which we might assume they contain information that is not generally known and is perhaps too interesting to be shared with the public.

Sadly, that wasn’t the case with a series of “secret cables and briefing notes” leaked to the Mail on Sunday last weekend. In the memos, Britain’s ambassador in Washington, Sir Kim Darroch, informed his masters in London that Donald Trump is inept, insecure and incompetent, and the Trump administration is dysfunctional, unpredictable, faction-riven and diplomatically clumsy.

The Mail seems horrified, and in a way it’s right – but not (as the Mail seems to think) because the memos are disparaging. A more troubling question is why Sir Kim would spend so much of his time stating the obvious and then marking it “secret”.

This is a further sign that composing diplomatic cables – once a literary genre in its own right – is becoming a lost art. Sir Kim clearly has a fine command of adjectives but writing a classic diplomatic cable takes far more. It should be cutting, but with a subtle turn of phrase, and preferably with hints of high-level intrigue. It should mention a few quirks of the locals (to show that the ambassador is getting out and about a bit), make obscure allusions to ancient Greece or Rome, and be presented in slightly archaic language that the Foreign Office mandarins can savour at leisure, perhaps with a knowing chuckle to two.

One long-standing tradition in the British diplomatic service was (and perhaps still is) for ambassadors to write a meticulously-crafted memo at the end of their posting, reflecting on their experiences. These missives were eagerly awaited in the Foreign Office, and the best of them were treasured for years afterwards.

Here’s one example, written by ambassador Willie Morris in 1972 at the end of his stint in Saudi Arabia. Fortunately for British-Saudi relations it wasn’t leaked at the time but was quietly declassified 30 years later.

Morris began by saying life in Saudi Arabia was like “being shut up in a theatre where the repertoire consisted of extravagantly over-written and over-acted plays constantly repeating themselves”, and continued:

It is a great tragedy that, with all the world’s needs, Providence should have concentrated so much of a vital resource and so much wealth in the hands of people who need it so little and are so socially irresponsible about the use of it … What they do with the wealth is often comedy and sometimes farce; there are also legal, social and religious dramas, and the theatre of the absurd is never far away.

A country where the Head of State has strong personal views about the iniquity of male sideburns and where the barbers are ordered to cut them to levels consistent with morality; where a probable murderess of foreign nationality escapes with a deportation order because the only alternative is decapitation – and is prevented from leaving until she gets an exit visa; a dry country, where one can find a Minister incoherently drunk in his office before noon – who could fail to be diverted in such a country, or fail to develop claustrophobia from time to time, and want to get out of the theatre into a street of real people outside?

I have not developed an affection for Saudi Arabia of the kind that I feel for every other country I have served in. I shall remember many things with great pleasure: too infrequent camping expeditions; escaping to Yemen; people, of course – some Saudis among them; and even the exhilaration (amid the exasperation) of exercising one’s ingenuity to do business with people so difficult to do business with …

I think a number of elements have contributed to the self-centredness and arrogance which mark off the Saudis from the generality of Arabs, who are rightly considered to overdo courtesy and hospitality.

There is the freedom from past foreign occupation and relative isolation – until 60 years ago there had been more European intercourse with Yemen than with the central Arabian Peninsula.

There is religion: true piety may be declining fast, but the Calvinistic sense of being God’s elect that is characteristic of Wahhabism continues unabated.

Then there is the recent practice of slavery, abolished only in 1962. In other under-developed countries, the presence of foreign experts can arouse feelings of resentment and shame. Not in Saudi Arabia: if you are a Saudi and have money to buy them, it is not more shameful to have Yemenis, Palestinians, Pakistanis, British or Americans to do your work for you than it was to buy black slaves. And this governs your relations with them: it is a superiority [complex] not an inferiority complex that the Saudis suffer from.

Wealth is the last and it may be the most important element in this corruption of character which enables the Saudis to regard the rest of the world as existing for their convenience; to act with unstudied, unconscious indifference to the convenience of others or what others may think of them.

Officials of a Government working by this philosophy are more infected by the attitude than private citizens; but it is of course in the Royal Family that it is most concentrated. They are a family which includes many of considerable ability, strong personality, and even their own kind of charm: but I doubt if there are any among them, not even King Faisal himself, who have seriously questioned the inherent right of the Saud family to regard Saudi Arabia as a family business, or to regard the promotion of the interests of the family business as taking priority over everything else. The sheer effrontery is breathtaking of a prince who will keep on talking about rights and wrongs, when you know (and he probably knows you know) that his cut may be 20% of the contract price.

If Europeans and Americans, who can deal with the Saudis more or less at arms’ length, can react coolly and calculatedly to these attitudes, this is not true of the Arab helots working here, nor of the Arabs outside, who have to listen to the Saudis mouthing sentiments about brotherhood and contrast this with the extent to which they are prepared to limit their own self-indulgence to help their brothers. It is hard to find other Arabs who have good words to say for the Saudis, and no wonder: few disinterested Arab tears will be shed if they get their come-uppance.

But by the workings of an inscrutable Providence, the Saudis and the Al Saud family are here, and this is how they are. Even if a revolutionary movement sweeps away the Saudi monarchy, I expect that the successor regime will share many of these characteristics, probably with a few worse ones as well, and so long as Saudi Arabia’s oil is of importance to the Western world, the Saudi Arabia State will be.