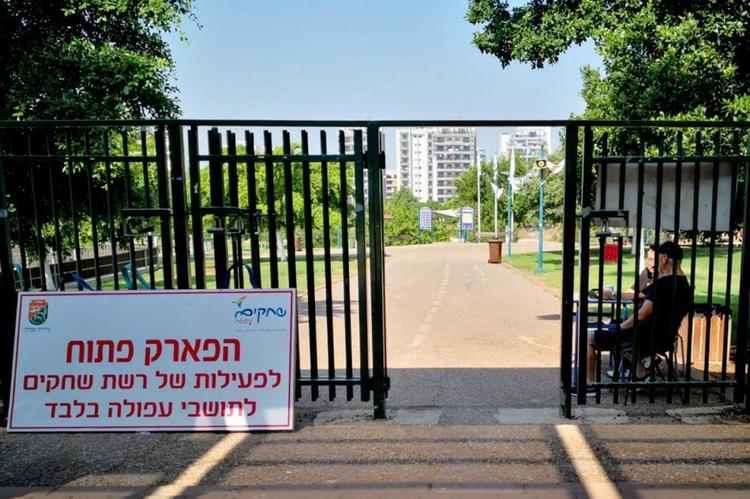 A court on Sunday ordered a predominantly Jewish town in northern Israel to lift a ban on non-resident visitors to its parks, a prohibition that a rights group said was aimed at keeping Arabs out.

The town of Afula denied the edict was racially motivated.

In instructing the town to lift the order, Judge Danny Sarfati stopped short of accusing it of racism and cited a legal opinion by Israel’s attorney general, who said municipal parks were public property open to all.

Afula imposed the prohibition a month ago, effectively cutting off access to the 10-hectare (25-acre) park by residents of nearby Arab villages who frequented the popular site.

“This was really to exclude Palestinian citizens from entering the park,” said Fady Khoury, a lawyer with Adalah, an Arab rights group that raised the challenge in Nazareth district court.

Lawyers for Afula, a city of 50,000 people, contended the restrictions stemmed solely from a desire to reduce overcrowding during the summer months and keep maintenance costs down.

A PARK FOR #JEWS ONLY: The mayor of the #Israeli city of #Afula wants to keep #Palestinian #Arab citizens out of the city park. @AdalahEnglish will be in court on Sunday to fight the Afula ban, and is legally challenging all forms of ethnic #segregation. https://t.co/12DWkAjCu5 pic.twitter.com/RL1CIDmDvA

“We don’t argue with the law,” Avi Goldhammer, a lawyer for the city, said after the court ruling. “If the law permits everyone to come inside this park, OK.”

Israel’s Arab citizens make up 21% of the population and often identify as Palestinian. They were angered last year by the passage of a “nation-state” law declaring that only Jews have the right to self-determination in Israel.

Prime Minister Benjamin Netanyahu, who supported the bill, said the legislation did not detract from the equal individual rights enjoyed by all of Israel’s citizens.

On Saturday, guards inspected identification cards at several entrances to Afula Municipal Park, where families strolled past playgrounds and petting zoos and joggers ran along trails lined with Israeli flags.

In the nearby Arab village of Sulem, Shua’a Zoabi said he often brought his children to the park in Afula.

“There is no space for our kids to play in our village. Public investment here is terribly low,” Zoabi said.

The ban, he said, was a “racist restriction” against Arabs, many of whom contend that their communities face discrimination in areas such as health, education and housing.

Israel’s Arab minority are mainly the descendents of the Palestinians who remained in their communities or were internally displaced during the 1948 war that surrounded Israel’s creation.