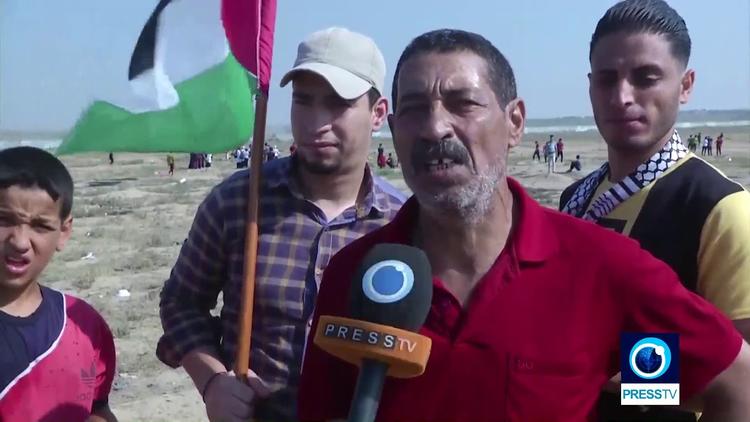 The wheels of US President Donald Trump’s son-in-law, Jared Kushner’s, peace plan for the Middle East are now in motion. This week, the first step of the plan illustrated in the “Peace to Prosperity” economic workshop took place in Bahrain’s capital Manama.

While the Palestinian leadership said that it had not been consulted, the Israelis ended up not being invited. It may be that the administration did not invite Israeli Prime Minister Benjamin Netanyahu’s government because they wanted to cover up the fact that they did not consult the Palestinians to begin with. However, they would never be able to hide the numerous decisions taken against them.

“To be clear, economic growth and prosperity for the Palestinian people are not possible without an enduring and fair political solution to the conflict – one that guarantees Israel’s security and respects the dignity of the Palestinian people,” Kushner said as he opened the workshop on Tuesday.

One may ask: If the US administration “respects” the dignity of the Palestinian people, why has all its decisions regarding the conflict gone against them? How is cutting support for UNRWA and suggesting – as Grenblatt did – to dismantle it a sign of respect for the Palestinians?

During previous administrations, there were agreed principles that no US president crossed. These principles included the commitment to a two-state solution, support for UNRWA and more. However, under President Trump’s reign, we have witnessed the complete opposite: the move of the US embassy to Jerusalem, the recognition of Jerusalem as the capital of Israel, the closure of the Palestine Liberation Organisation (PLO) office in Washington and the recognition of Israel’s sovereignty over the occupied Syrian Golan Heights.

We also have seen recently the US Ambassador to Israel, David Friedman, saying that Israel has the “right” to annex some of the West Bank, all of which indicate bias in the United States’ peace plan.

Perhaps the US administration thought that investments could be a card they can use to encourage the Palestinians to compromise on their demands and see it as an opportunity. However, these are the same people who have been calling for justice since the Nakba of 1948.

It is impossible to set aside the sacrifices of previous generations for the sake of money, regardless of the amount. This is because they did not say they wanted any favours from anyone. Rather, they are only seeking their rights, which they are watching disappear because of the pro-Israel policy that President Trump and Kushner are adopting.

The everyday challenges that the Palestinians are facing have never changed. The only difference between the past and the present is that today, Palestinians are not only facing the Israeli occupation but instead are also facing additional challenges.

The first is some of the Gulf countries, which for the sake of strengthening ties with Israel have sold out the Palestinians. On Wednesday, while Saudi Arabia’s Minister of State Mohammed Al-Sheikh expressed support for the US economic plan, the UAE’s Minister of State for Financial Affairs, Obaid Al-Tayer said “we should give this initiative a chance”. This portrays an image of how the Saudis and Emiratis turned their back to the Palestinians.

The second thing is that the Palestinians are also facing the very country which was meant to be a broker for their conflict with the Israelis. However, the fact that this broker has taken a side means they cannot look to it as a broker anymore.

This plan, seemingly, will not do any favours to Israelis either; it only appears to be implemented to benefit Netanyahu’s government. In April, Kushner said “Prime Minister Netanyahu had a great victory [in the election], and he’s in the middle of forming his coalition, and once that is done we’ll probably be in the middle of Ramadan, so we’ll wait until after Ramadan and then we’ll put our plan out.”

However, since Netanyahu failed to form a government in May, Greenblatt said this month that the revelation of the political part of the plan may be delayed until November, the earliest a ruling coalition can be formed after the 17 September election. “Had the election not been called again perhaps we would have released it during the summer,” he said. This causes one to ask: Is this plan was meant to please Netanyahu or the people?

President Trump may have thought that doing favours for Netanyahu would help him in next year’s US presidential elections. Perhaps he hoped that announcing Israel’s sovereignty over the Golan Heights just before the April Israeli election would make American Jews decide to support his own re-election bid in 2020. Trump still seems to fail to understand the fact that many American Jews are not fans of Netanyahu, meaning that helping Netanyahu does not automatically benefit him. He has made himself look like a spokesperson for the Israeli prime minister in Washington.

It is clear to many that there is no way that what Kushner is proposing will bring peace and end the Palestinian-Israeli conflict. The will of the people is stronger and more effective than the billions of dollars which, seemingly, they have put on the table to buy their silence and resistance.

Abdulaziz Kilani is the editor-in-chief of ‘Sharq Wa Gharb’, an independent electronic newspaper in Arabic.