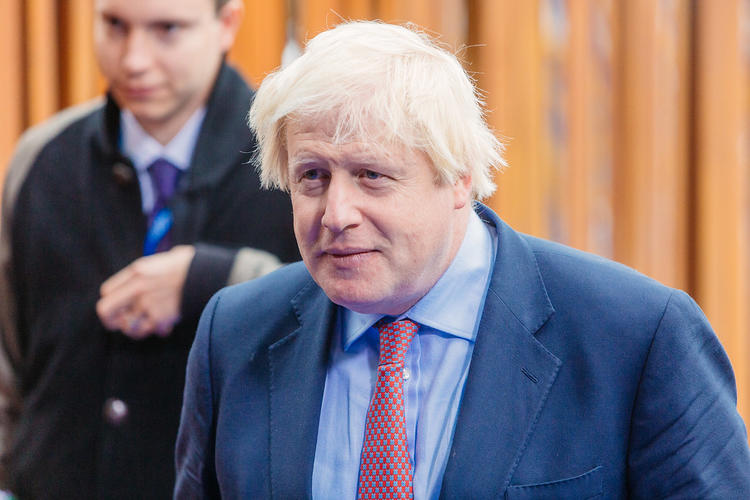 After the election of Boris Johnson as Conservative Party leader and prime minister, does Britain have a populist, nativist politician as its head of government?

It’s hard to say. Johnson has been a little of everything during his career.

Over three decades in public life, Johnson has shifted between social liberalism and right-wing provocation. As London mayor for two terms between 2008 and 2016, he spoke of his pro-immigrant beliefs and presented the British capital as a tolerant, multicultural melting pot.

Responding in 2015 to untrue claims by Donald Trump that the police had lost control of parts of London to radical Muslim groups, Johnson said, “London is a city where 300 languages are spoken,” and spoke of the “proud history of tolerance and diversity” in the city.

But as Johnson enters the prime minister’s residence at 10 Downing Street, his views have become much more nationalist and populist. Is this what’s needed to lead Britain through Brexit? Or will Johnson face a challenge to his leadership in the near future?

As a historian of British politics who is currently working on a book about Brexit, I can see that populist rabble-rousing has served Johnson well. He has long used homophobic, racist, sexist and imperialist statements to appear more authentic to voters, describing non-white citizens of the Commonwealth by the racist slur “picaninnies” and telling constituents that “voting Tory will cause your wife to have bigger breasts.” Johnson claims those statements were “satirical.”

While campaigning to leave the European Union in 2016, Johnson said that the EU was trying to finish the job started by Napoleon and Hitler by integrating Europe into a single state.

“Napoleon, Hitler, various people tried this out, and it ends tragically,” Johnson said. “The EU is an attempt to do this by different methods.”

That voters took this 2016 statement seriously is a consequence of Johnson’s 1990s career as the Brussels correspondent for The Daily Telegraph. He turned that position into a platform to crusade against the EU. Unlike U.S. journalists, British reporters are given greater latitude by editors to insert their own opinion into their reporting.

Writing in The Daily Telegraph during the 1990s, Johnson waged war against meddlesome EU bureaucrats who, he maintained, directed immigrants and refugees to the beleaguered British Isles, regulated the curvature of British bananas, the pinkness of the British banger, the size of British condoms and the flavorings in prawn cocktail crisps, among other offenses.

The problem is none of these offenses actually happened.

Influential observers believe that Johnson’s fabrications and exaggerations about European Union regulations helped shape populist antipathy to what many Britons perceived of as an overbearing, rigid EU.

This populist side was again on display in 2016, when Johnson helped stoke prejudice against foreigners who wanted to immigrate to the U.K. in the final few weeks of the Brexit referendum campaign that would see Britain decide to leave the EU.

Typically, Johnson tried to have this argument both ways. He campaigned alongside politicians claiming long lines of asylum-seekers were waiting to enter Britain, but also urged an amnesty for some undocumented immigrants.

However, Johnson did urge the tightening of immigration into the U.K. and falsely claimed that Turkey was to join the EU, giving its citizens the right to enter and work in the U.K.

Those who wanted Britain to leave the EU eventually won the referendum by a vote of 51.9% to 48.1%.

Fears about immigration proved critical to the referendum win. Official figures released a month before the vote showed that nearly 1 million immigrants had entered the U.K. between 2013 and 2015. Johnson and his allies exploited public concerns about rapidly rising rates of immigration, along with the refugee crisis in the Mediterranean and terrorism to secure their victory.

Populist leaders have been rising to power across Europe, stoking nationalist and anti-immigrant sentiment in countries from Hungary to Italy to Austria.

Is Johnson one of them?

Johnson now leads 160,000 mostly white, aging, anti-immigrant and pro-Brexit Conservative Party members. It is this victory that has made him prime minister; the Conservatives are the largest party in Parliament.

But the membership of the Conservative Party is not representative of the nation.

His recent, full-throated embrace of populism likely won’t appeal to the 58% of Britons who disapprove of his judgments and agenda. Johnson created an uproar by stating that burqa-wearing Muslim women “choose to go around looking like letterboxes” – using the British term for mailboxes – and could resemble “a bank robber.”

Lost in the controversy was the fact that Johnson was actually writing a column for The Daily Telegraph that condemned a ban on the wearing of the burqa in Denmark. And this statement did not harm Johnson’s standing with voters. Sixty percent of respondents to a Sky News poll said that his statement was not racist.

His support for an Australian-style points-based immigration system, which would factor education, skills, wealth and other characteristics into immigration decisions, and his desire that it become mandatory for immigrants to learn English responds to anti-immigrant sentiment.

And Johnson’s threat to usurp the authority of Parliament and force through a no-deal Brexit before Oct. 31, a goal thwarted so far, appeals to voters angered that Britain has not yet left the EU.

Some have compared the new British prime minister to Donald Trump. But beyond the trademark hair, bombast and colorful private life, there are important differences.

While racial grievance is a favored Trump campaign tactic, Johnson has long been more interested in what works, politically. Right now, populism works. Whether it will in the future is to be seen.

That expediency is leading Johnson into the arms of the White House. He was Trump’s favored candidate in the Conservative Party leadership election. Recent reporting by The Guardian has revealed links between Johnson and Steve Bannon, the former far-right Trump adviser.

Relations with the U.S. are critical to the success of Brexit. Supporters believe a massive trade deal with the U.S. will make up for lost European markets after Britain leaves the EU. Perhaps this is why Johnson withheld support from the former ambassador to the U.S., who described the Trump administration as incompetent, forcing his resignation.

But ties to the White House might not help Johnson in the long-run. Voters worry that a U.K.-U.S. deal will give greedy American insurance companies access to the beloved National Health Service and allow cheap American chicken onto British dinner tables.

Then there is Trump himself. One of the few things the British agree on is their dislike of the president: He currently enjoys an approval rating of 26%.