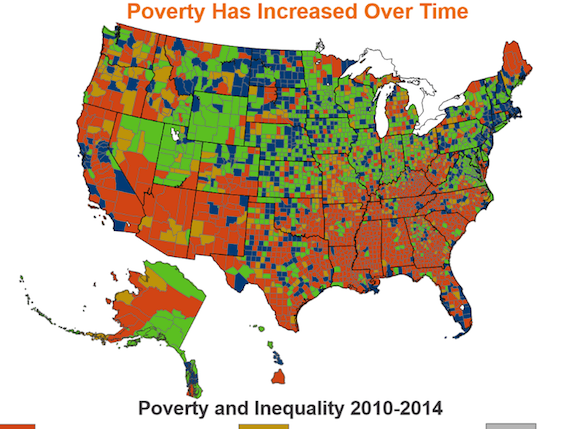 *The wording of this piece has been slightly revised and two links added.

Trump has been throwing shade on Baltimore. But he constantly praises himself at his rallies in the Red States for the great job he’s done in bringing people prosperity. 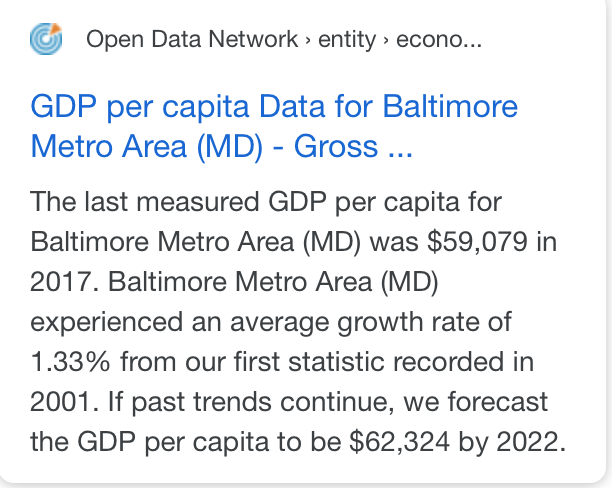 This is the per capita GDP of the poorest 10 states to have voted for Trump (in 2018 current dollars):

Unlike Trump, however, I object to characterizing these states and their people, based on their poverty, as in any way lesser.

These states, and Baltimore, are full of hard workers who are not being paid enough for their work, hence their relative poverty.

Trump has actually worsened income inequality enormously with his 2018 tax scam, ensuring that the people of these states who put their trust in him to improve their lives will in fact over time have a smaller and smaller share of the national wealth. It has been shown that the benefits of the tax cut will go disproportionately to the wealthy, increasing inequality.

People are poor because of inequality and wage stagnation, which Trump is making worse. If there are communities no human being would want to live in, it is his sort of policies that produces them.