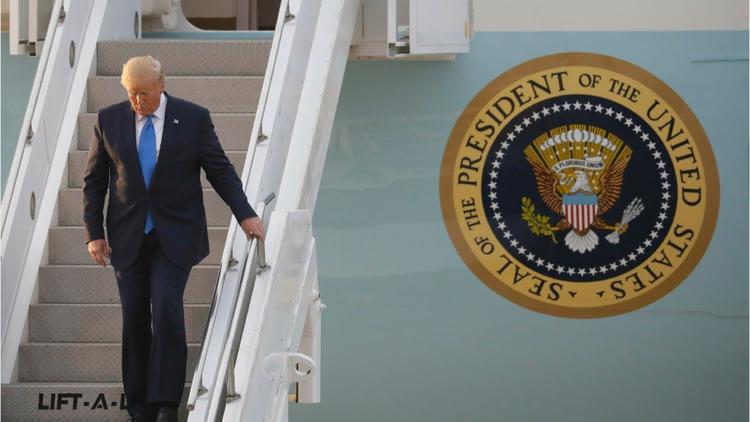 Despite the US administration’s renewed interest in Cuba, including new travel restrictions, few have paid attention to a little-known, but telling, historical episode: the island’s 19th-century military “Trocha”. This massive fortified line was a Spanish attempt to contain the Cuban independence rebellion by splitting the island in half – and provides worrying lessons about the potential impact of US President Donald Trump’s “great, great wall” along the US-Mexico border.

The Cuban struggle for independence was a 30-year-long process that started in eastern Cuba in 1868. That year, a handful of white landowners in the east of the island freed their slaves and took up arms against Spanish colonial rule. Until then, and despite the dissatisfaction with high taxation and their limited say in Spanish colonial affairs, Cuban elites had largely remained loyal to Spain.

Eighty years earlier, the 1791 revolution on neighbouring Haiti, and the establishment of the first independent black republic there, had sent huge shock waves across the region. But with Haiti devastated by the war and no longer the world’s largest producer of cane sugar, the Cuban elite saw an opportunity to take Haiti’s economic place.

By the late 1860s, Cuba’s multi-million dollar sugar industry was producing nearly 40% of the world’s sugar cane. This economic miracle brought rapid development and political stability to the island. But there was a serious flaw: it was absolutely dependent on slave labour.

Over several decades of rapid expansion, more than 600,000 enslaved Africans had arrived on the island. And so when the leaders of the 1868 uprising declared independence and promised to liberate Cuba from slavery, the island’s colonial administration, and the majority of its white planters, panicked.

Luckily for the colonial regime, the independence rebellion originated in the east. Unlike western and central Cuba, this region had limited sugar cane and, therefore, a smaller slave population. But things changed a few months later, when the rebellion started to spread towards central Cuba, increasing the prospects of a much-feared slave revolt. At that point, the Spanish military authorities launched the construction of the Trocha.

This 70km-long fortified line linked the southern harbour of Júcaro with the northern town of Morón, running from coast to coast across central Cuba. It was intended to act as a gigantic tourniquet, protecting the vital parts of the island from the rebel “infection”. Initially designed as a series of blockhouses defending a military railway, and a long wooden palisade, the project would end up consuming significant resources over the following decades.

But do walls work?

Strategic defences, such as fortified barriers and border walls, are expensive, quickly perishable, and rarely deliver on the favourite promise of their builders: that they are impregnable.

Nevertheless, physical barriers, such as Trump’s wall, have another purpose. They also send a message, loud and clear: “We don’t want you here, so don’t even try.” They are meant as a symbol of division, a line that splits one people and place from another.

For this reason, a virtual wall will never be as effective as a visible solid structure, concertina wire or burning-hot pointed bollards. But thousands of modern migrants are already risking their lives every year trying to cross through deadly areas such as the Arizona desert to get from Mexico to the US. Chances are pretty low that a border wall is ever going to be dissuasive enough – given the unstoppable power of human determination and ingenuity, especially when combined with desperation and hope.

Unsurprisingly, even with the incorporation of barbed wire, additional fortifications, and more troops, the Spanish Trocha was never fully impenetrable. Small rebel units and groups of civilians were always able to cross it undetected. Finally, in late 1895, a column led by rebel General Antonio Maceo managed to break through, in a bold offensive that would bring the war to the doors of Havana.

Nevertheless, despite this apparent lack of military effectiveness, for many years the Trocha did serve its divisive political purpose perfectly.

Not so useless after all

The Trocha created a tangible frontline, becoming a symbolic demarcation between civilisation and barbarism. In line with Spain’s colonial propaganda, its construction helped to emphasise the alleged differences between the colonial regime and the project of the rebels. On one side, western Cuba: developed, loyal, at peace, productive – and keeping slaves firmly under control. On the other: the eastern provinces, portrayed as underdeveloped, chaotic, unproductive, immoral, and leading Cuba down a path towards another black republic.

By marking this divide, the Trocha played a key part in creating a state of extreme radicalisation in wartime Cuba, literally and socially cutting the island in two. The political middle ground disappeared and the colonial administration was increasingly able to crack down on all those – in both eastern and western Cuba – perceived to be rebel supporters.

Violence against the “untrustworthy” civilian population reached new levels. In some eastern districts, “reconcentration”, a devastating counterinsurgency strategy seen by many as the origin of the modern concept of concentration camp, was widely employed. The Spanish troops burnt farms and crops, with hundreds of countryside families being forcibly relocated into fortified settlements. In 1896, facing now a widespread rebellion, the colonial authorities would resort again to the same principles, leading to hundreds of thousands of deaths.

And so while the Trocha wasn’t physically impregnable, it served its political purpose perfectly. It helped the Spanish authorities redefine the nature of the conflict, imposing a us-versus-them dichotomy on the island that was more favourable to Spain.

The wall helped them to exploit racial stereotypes, spread fear about enemy infiltration, and galvanise white support around hardline positions. This entrenched mentality opened the way to criminalising large parts of the population and characterising political opponents as an internal pathogen that had to be eliminated at all costs. The War of Independence wouldn’t come to an end until 1898, after the US military intervention in Cuba, leaving a divided society and a country in ruins.

So, with what we know about Trump’s vision on immigration, is American society willing to take the same risk? For whether or not Trump’s wall is impenetrable, we know from the history of the Trocha how barriers can split nations in other, even more damaging, ways.