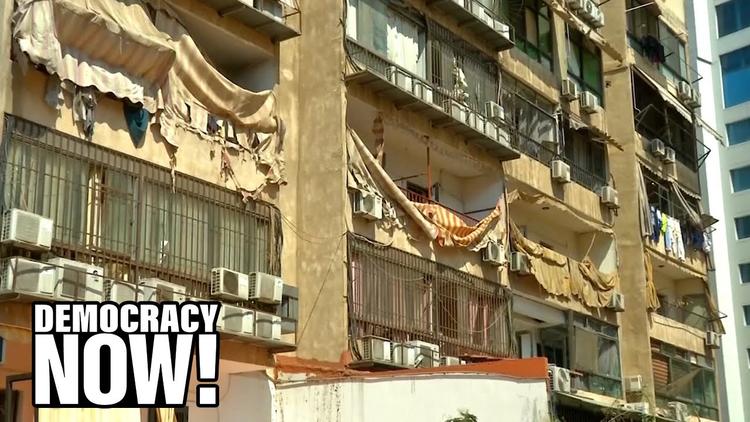 Ann Arbor (Informed Comment) – In the past week, Linah al-Saafin at Al Jazeera English points out, an Israeli drone hit a Hizbullah target in Lebanon, Israeli fighter jets bombed a base in Syria with Iranian personnel, and Israel somehow hit bases of a Shiite militia in Iraq, including one on the Syria-Iraq border, killing a militiaman.

Israeli Prime Minister Netanyahu claimed that the Iraqi bases posed some sort of threat to Israel. But Iraq is a very long way from Israel and Iraqi militias don’t have SCUDs that could strike Israel. Netanyahu is just tweaking Iran and letting the Shiite militias in Iraq know that they are not beyond the reach of Tel Aviv. (Some of the Iraqi Shiite militias have a presence in Syria, from which they could theoretically launch rockets at Israel, though to my knowledge none has). It is the long-time philosophy of Israel’s ruling party, the Likud, that the Arabs will never accept Israel and therefore the only way to deal with them is to flatten them repeatedly. The Likud’s origins are in a far right wing ideologue in the age of dictatorships back in the 1930s.

Netanyahu and other Israeli leaders were frightened half to death earlier this week that Trump might actually meet with Iran’s president Hassan Rouhani and that Trump would pull a North Korea with Iran. Netanyahu leads the most militarily powerful state in the Middle East, but is dedicated to further settler colonialism in the Palestinian West Bank, and needs the bogey man of Iran to wag the dog of international diplomacy in favor of Israel.

The new drone war is largely symbolic. The strike on Hizbullah may have killed a fighter or two. (Hizbullah, which is not nearly as formidable as the Israelis and US politicians keep alleging, has a few thousand fighters.) The point was to send a message that some Hizbullah members are informing for Tel Aviv and Israel knows where at least some of the safe houses are.

The Syria strike was nothing new — Israel has occasionally been bombing such facilities for years. Mainly Netanyahu wants, again, to send a message to Iran that Israel is watching, knows where the facilities are, and knows where the 2,000 Iranian advisers are, from the Jerusalem or Qods Brigade of the Iranian Revolutionary Guards Corps. Israel is very sensitive to the possibility of rocket or drone strikes, since enough of them could start a mass migration out of the country. There are already thousands of Israelis in Germany and likely hundreds of thousands in the US who say life was too nervous-making in Israel.

While the Israeli military can handily defeat a major conventional military threat from an Arab neighbor, Israeli intelligence is concerned about micro-rockets and drones that can be launched without a clear return address. While Israel knows every inch of the West Bank, the 2006 war showed that their intelligence in southern Lebanon was primitive, and while they may have a few assets in Syria and Iraq, they are vulnerable from the vast hinterland of what Jordan’s King Abdullah II called the “Shiite Crescent.”

The drone and air strikes have provoked a lot of unrealistic heated rhetoric. Lebanese president Michel Aoun (a Christian and a former general) called the Israeli attack “a declaration of war.” One of his advisers pledged that the response would be “like lightning.” A twitter account of the Israeli military suggested that Aoun recall the 2006 war (in which Israel destroyed much of Lebanon’s infrastructure and set the country back economically forty years).

Iraqi member of parliament Mansour al-Baiji, from the State of Law Coalition, urged that Iraq ally with anti-American countries so as to strike back at Israel for its attacks on Shiite militia bases in Iraq. The former leader of the State of Law, and former long-serving Iraqi prime minister, Nouri al-Maliki, made similar remarks last week. Some Iraqi politicians blame the Trump administration for allowing or encouraging the Israeli strikes on Iraq, and are demanding that the 5,000 US troops in country leave. US embassy personnel in Baghdad appear to be nervous about the rising tide of anger against Washington provoked by the Israeli strikes, and actually came out to name Israel last week. Presumably this was self-protection and perhaps a shot against Israel’s bow, and would have come from career State Department circles at odds with secretary of state Mike Pompeo.

This rhetoric was to be expected. What is perhaps surprising is that the foreign ministry of Bahrain supported the Israeli strikes on Lebanon, Syria and Iraq– a statement to which Iraqi foreign minister Mohamed Ali Alhakim reacted with fury.

Bahrain has a minority Sunni establishment, including the monarchy, presiding over a restive Shiite majority. Like Saudi Arabia and the United Arab Emirates, both of which have developed a paranoia about being encircled by Iran, it now tilts toward Israel. Saudi Arabia, which has a powerful Wahhabi movement but a pragmatic monarchy, has to be more discreet about public statements in support of Israel. But crown prince Mohammed Bin Salman is known to be pro-Israel as a result of his vendetta with Iran.

When King Abdallah initially told Robin Wright about his “Shiite crescent” fears in 2004, there was little reality to it. Lebanon’s prime minister was a Sunni with Saudi dual citizenship, Syria was a Baath regime with little to do with Iran-style orthodox Shiism, headed by a member of the Alawi sect of folk Shiism. Alawis don’t have clerics so much as gnostic sages, much less ayatollahs. And Iraq was under American military occupation with a mixed government. But now, in part because of the rise of Sunni radicalism in the form of ISIL and al-Qaeda affiliates, and in part because of the Syrian civil war, there really is increasing military cooperation between Iran and Shiite militias in Iraq and Lebanon, which operated to save the al-Assad government in Syria. Not only is there a Shiite crescent but there is now increasingly a Gulf-Israel Axis in opposition to Iran. The polarized set of alliances sounds ominously like the situation in Europe in early 1914.