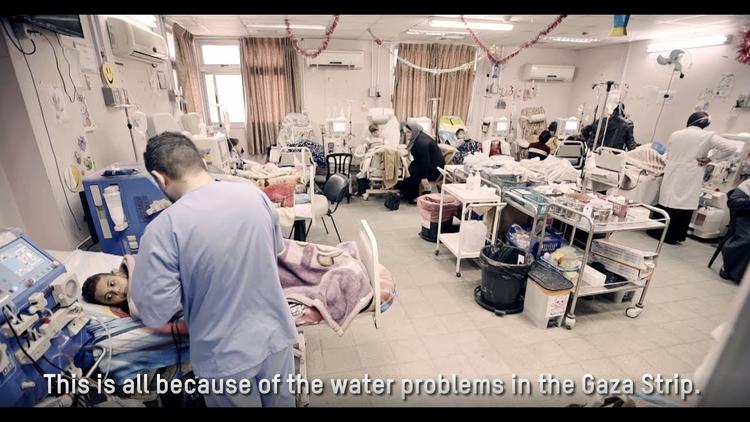 There has been an increase recently in Israeli projects seeking solutions to what it calls the “Gaza problem”. They have been focusing on Egypt’s Sinai, and appear to be foreshadowing a potential population transfer of Palestinians to the Sinai peninsula. Such a move would relieve Israel from the security burdens of managing Gaza and instead transfer it onto the Egyptian authorities.

The Jerusalem Centre for Public Affairs, run by Dore Gold, a former Israeli ambassador to the United Nations and former Director-General of the Israeli Ministry of Foreign Affairs, revealed a plan to solve the Gaza problem. This plan calls for a seaport and an airport in the Sinia thus facilitating travel for people and goods to and from Gaza. It also aims to establish a power plant and a water desalination project to meet the needs of the Palestinians in Gaza, as well as a train track extended from Al-Arish to Gaza and hotels and entertainment facilities.

This Israeli project was put together by Shimon Shapira, who served as the former Military Secretary to the Prime Minister and as Israel Foreign Ministry chief of staff, and by Shlomi Fogel, one of the proposers of the regional initiatives between Israel and its Arab neighbours. This relies on keeping economic and tourism projects under the responsibility of the Egyptian government. The inhabitants of Gaza will also be under Egyptian security supervision. This project is a continuation of the past Israeli government projects that call for extending Gaza south, towards Sinai.

Yehuda Yifrach, an Israeli writer for the Israeli newspaper Makor Rishon, put forward a plan to solve the Gaza problem based on encouraging voluntary migration from it and offering incentives for every Palestinian family to leave and build a new life outside its walls. He claimed that money would convince hundreds of thousands of hesitant Gazans, especially if they find a third country willing to host those who want to move to that country if they receive financial incentives.

Amir Oren, a military analyst, told Haaretz that Egypt’s concession of the Tiran and Sanafir islands to Saudi Arabia could prompt Israel to emulate the agreement to resolve its conflict with the Palestinians by annexing part of Sinai to Gaza. This means that the establishment of a Palestinian state in Sinai is an option, and Israel hopes to reproduce such an agreement between Israel and the Arabs.

Read: Will the UN act if the US recognises Israel’s sovereignty over West Bank?

Brigadier-General Amir Avivi, a former assistant to the Comptroller General of the Israeli Ministry of Defence, revealed to the settlers’ Channel 7 website a plan to declare a Palestinian state in Gaza and Sinai, because as long as half of the Palestinians reside in the West Bank and Gaza, the solution lies in Gaza, as it will be expanded towards Sinai, along the coast of the Mediterranean Sea. This enables the Palestinians to have free trade, an airport, a seaport, and a real geographic connection with the world.

Egyptian President Abdel Fattah Al-Sisi also announced a similar plan to expand Gaza towards Sinai, but withdrew from it because of angry reactions from the Arab world, despite Israeli convictions that Sisi will re-approve the plan. This is because he has many challenges, tens of millions of hungry and a complicated security situation, and this Israeli plan will give the Egyptians substantial financial support and security help, turning them into a stepping stone for any peace agreement in the region. This is despite the fact that they can resort to leasing the land rather than giving it to the Palestinians for free.

General Gershon HaCohen, former commander of the Israeli occupation forces’ military college, and researcher at the Begin-Sadat Centre for Strategic Studies, said that after Israel’s withdrawal from Gaza in 2005 and then Hamas’s takeover in 2007, a new reality had arisen, and the Gaza Strip gradually transformed into a self-established political entity and semi-organised military force controlling a geographical area. After the political and geographic divide occurred between Gaza, under Hamas’s control, and the West Bank, under PA control, a major rift occurred in the hypothesis of a two-state solution.

A closer look at the Israeli projects to export the Gaza problem to the Sinai may require Israel to aggravate the humanitarian situation in Gaza, to create a difficult humanitarian crisis, and to lure a major military confrontation on its borders, until we reach an all-out war, resulting in a new crisis. This requires a new policy, different from the existing one.

These Israeli projects in Gaza are based on the premise of the economic peace project, and seek economic and commercial development of the Sinai Peninsula. This is achieved through granting Egypt an international aid package from key countries, led by the United States and the Arab Gulf states, and depends on the development of economic and tourism infrastructure in North Sinai, extending to Al-Arish. These projects will be carried out by Egyptian labourers in order to improve their living standards, and they will be joined by workers from Gaza to establish the Sinai projects, thus having a positive impact on their humanitarian situation.

As a condition for the implementation of these economic and tourism development projects in Gaza, Israel requires them to be under Egyptian responsibility and that the Gazans have a passage to use Egyptian security monitoring. This is based on assumptions that finding demographic and geographic alternatives for Gaza, by strengthening their deteriorating economy and expanding the Palestinian territory towards Sinai, will give the Gazans prosperity and comfortable living standards, although all of the Israeli projects are based on humanitarian, not political motives.

In their plan for Gaza, the Israelis are relying on the money that it will collect, as was the case in the recent Bahrain economic summit. This money will be answers to many doubts and concerns regarding the solution that will include the announcement of Egypt’s somewhat annexation of the Gaza Strip and the establishment of an industrial tourism area on its coast. This is similar to what Egypt did with the Bedouins in south Sinai. In this case, the Americans will pressure the UN to support the plan in a strategic manner.

The Israeli revelations of the plans to expand Gaza into the Sinai link to Israeli aspirations for the annexation of the West Bank. This is because it believes that Gaza is the key to the solution of the conflict with the Palestinians, not the West Bank.

There is Israeli talk of huge investment projects, the establishment of new cities, the evacuation of hundreds of thousands of Palestinians from Gaza and moving them south towards Sinai, and the construction of a network of hotels and infrastructure, However, it is worth noting that these Israeli plans were presented to several international forums and are met with excited reactions. Moreover, these plans do not reflect a specific Israeli political line, but rather various Israeli political trends from the far right to the far left.

The Israelis who proposed these projects argue that the arising situation in Gaza requires thinking outside of the box, because the geographical scope between the Palestinian of Rafah and Egypt’s Al-Arish may be a wide margin for the expansion of Gaza there that represent economic projects and infrastructure Gaza needs. However, this is all dependent on Egypt’s approval, and it will not easily concede any of its sovereign territories. Therefore, the matter requires creative solutions that do not require outright Egyptian concession, but through financial and economic compensations for Egypt, as it is suffering from increasing economic hardship.

At the same time, Israelis believe that what they call a creative solution, represented by a Palestinian state in Gaza and Sinai does not mean that Hamas will give up its dream of a Palestinian state from the sea to the river. However, they do believe that the promised economic projects that open the way for thousands of young Gazans to be employed may create a positive change, which requires initiative to implement this plan, Sinai.

Israel’s preoccupation with proposing ideas focused on expanding Gaza to the south, towards Sinai, reminds us of the old-new project proposed by General Giora Eiland, former head of the Israeli National Security Council, which he proposed in 2005. His idea focused on reaching a settlement between Palestine and Egypt that stipulates Egypt’s concession of some of Sinai, amounting to 600 squared kilometres to Palestine, in order to resettle Palestinian refugees.

This means that the Israeli theses of extending Gaza towards Sinai are not new. There are many projects that Israel has deliberated to get rid of the Palestinian cause since the 1950s by throwing it under Egyptian auspices. This is despite the fact that the Palestinians in Gaza have no interest in Sinai, as it is a desert area. This means the new proposals are not likely to succeed, given the Palestinians’ commitment to their land in Gaza and their refusal to replace it for any other land.

Given the continued Israeli proposals to establish a Palestinian state in Gaza and Sinai, we can point out the close relations between Egypt and Israel. We can also say that Tel Aviv’s influence over Cairo has grown, along with the level of coordination between the two, especially on a security and military level. This may be why the Israelis are not concerned about Egypt agreeing to grant the Palestinians some of Sinai.

This work by Middle East Monitor is licensed under a Creative Commons Attribution-NonCommercial-ShareAlike 4.0 International License. If the image(s) bear our credit, this license also applies to them. What does that mean? For other permissions, please contact us.