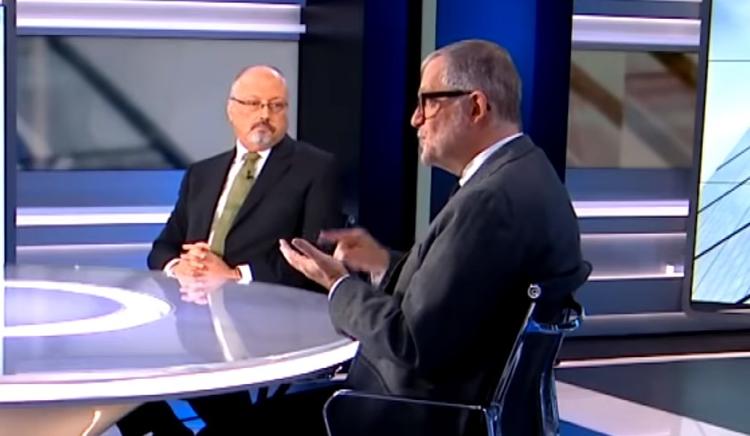 (Al-Bab.com) – The Arabia Foundation, a pro-Saudi think tank established in Washington only two-and-a-half years ago suddenly closed down yesterday, citing “ongoing differences” among its donors that have “made continued operations difficult”.

In a series of posts on Twitter the organisation’s founder, Ali Shihabi, said the closure decision was made by the board of directors. Neither its directors nor its donors are identified on the Arabia Foundation’s website and Shihabi’s statements yesterday gave no explanation of what the “ongoing differences” were about.

Shihabi has been a controversial defender of Saudi Arabia’s wayward crown prince, Mohammed bin Salman – even after the murder of journalist Jamal Khashoggi at the Saudi consulate in Istanbul last year.

Shihabi is the son of a Saudi diplomat and a Norwegian mother. After graduating from Princeton University and Harvard Business School, he became an investment banker but more recently emerged as a sort of unofficial ambassador for the Saudi kingdom in Washington.

He could often be seen at Washington parties and “dining at spots like the Monocle and the Four Seasons with such A-list media figures as Fox News host Tucker Carlson”, according to an article for Politico. He also hosted off-the-record dinner-discussions for journalists and policymakers.

“He calls himself a provocateur,” the article said, “but Shihabi can be just as on-message as any official Arab envoy. He is tall and bespectacled, with a booming voice he uses with little restraint, often talking over his opponents with a wide smile as he rationalises beheadings as a means of executions, Saudi efforts to counter Iran’s government, and even conditions for the country’s imprisoned dissidents.”

The Arabia Foundation was set up in January 2017 with the stated aim of helping policy-makers, academics, journalists and others “to better understand the complexities of an opaque part of the world”. It had an advisory board comprising two former US ambassadors (Adam Ereli and Charles Freeman), two university professors (Gregory Gause of Texas A&M University and Bernard Haykel of Princeton) plus Edward Morse, an energy expert, and Norman Roule, formerly of the CIA.

The overall effect of this was to create a vehicle for pro-Saudi activity under the guise of a think tank and, as the media watchdog Fairness & Accuracy In Reporting points out, news organisations have often failed to make its political sympathies clear. The Washington Post, for example, ran an op-ed article by Shihabi which described the Arabia Foundation simply as “a Washington-based think tank focused on the geopolitics of the Arabian Peninsula”.

Announcing the closure of the Arabia Foundation yesterday, Shihabi said:

“This in no way changes any of my opinions particularly my support for the program of change and reform that Crown Prince Muhammad bin Salman is spearheading.

“Critics have made incomplete and imbalanced judgements about his tenure focusing on the Khashoggi tragedy and arrests of dissidents but have chosen to ignore the seismic changes that he has pushed through in social, religious, cultural and economic affairs.

“These changes are in the interest of the kingdom and also the international community and only cynics will disregard the importance of his program and the need to support its success for the stability of the whole Middle East region.”

Six months before Khashoggi was murdered, Shihabi and Khashoggi appeared together on Qatar’s al-Jazeera television, arguing about Saudi Arabia (see video). During the discussion Shihabi claimed that “benevolent autocracy” is the only way to bring about change in developing countries and asserted that “prison in Saudi Arabia is quite benign”.

In an article for Foreign Policy last March, Shihabi acknowledged that Khashoggi’s killing was “a crime perpetrated by agents of the Saudi government” but argued that sidelining Crown Prince Mohammed (whose henchmen have been widely blamed for the murder) would harm “vital interests” of the United States.