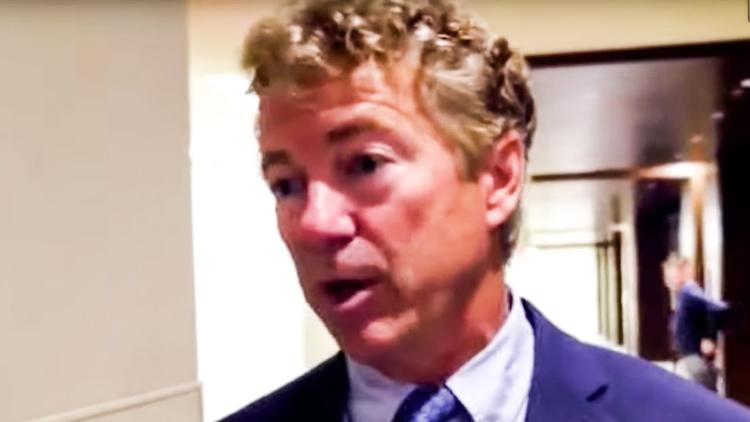 (Informed Comment) – US Senator Rand Paul’s recent statements regarding Somalia are absurd on many levels. They are perhaps not worthy of further comment, but given that Paul a) sits on the Senate Foreign Relations Committee and b) the US is fighting a war in Somalia, they shouldn’t be ignored.

Following on Trump’s racist “they can go back to where they came from” comments referring to the four US Congresswomen who especially anger him (including Somalia born Ilhan Oman from Minnesota), Paul in an interview with far right wing Breitbart said he would buy a ticket to Somalia for Omar. To quote him

“I think she (Omar) can look and maybe learn a little bit about the disaster that is Somalia — that has no capitalism, has no God-given rights guaranteed in a constitution, and has about seven different tribes that have been fighting each other for the last 40 years.”

Where to begin? First anyone who has even the most basic knowledge of Somalia knows that Somali society is organized around clans not “tribes.” Of course, ascribing Africa’s problems to tribalism has a long history in the West. In the case of Somalia the term tribe has no more meaning than saying that Belgium is divided among French, Flemish, and German speaking “tribes.” As for the number of seven (tribes), cited by Paul we can only guess that he has the Seven Kingdoms of Game of Thrones on the brain. The clan structure in Somalia is complex but understanding it and working with it is one of the keys to moving the country beyond seemingly intractable instability.

Seats in the current parliament are apportioned according to a “4.5 system” – which translates into the four major clans each getting about 22% of the seats and the rest divided among “minority clans.” This system, which grew out of peace negotiations to end clan warfare, was not envisioned as a permanent one but has yet to be replaced. Violent clan conflict continues to plague Somalia, but it overlaps and interplays with the broader conflict, now over ten years old, between the Somali government and AL-Shabab. The government relies on African Union forces supported by the United States.

Al-Shabab began as a local movement espousing an extreme form of Islam then later affiliated with Al-Qaeda. Al-Shabab continues to mount devastating attacks on civilian and military targets in Somalia as well as terrorist attacks in neighboring Kenya, which itself invaded Somalia in 2011 and still has troops there. A simplistic “the tribes are killing each other” narrative is especially off base when it comes to Somalia.

RE capitalism – no question Somalia has had a very tough time of it for a long time now, but Paul’s diagnosis is peculiar. Somalia is hardly a socialist state. Dictator Siad Barre claimed to be following some form of “scientific socialism” but his regime ended in 1991! What’s more he was a US Cold War ally against Soviet backed Ethiopia. The reality is that Somalia suffers from lack of effective government institutions. It more resembles some extreme libertarian fantasy of the kind espoused by Paul and his ilk then a socialist one.

Don’t like environmental regulations – go ahead and cut down your trees for charcoal and ship them to your gulf neighbors. Don’t like restrictions on fishing or dumping of toxic waste in your water – well foreign vessels have been doing both off the coast of Somalia for years. Don’t believe public schools are doing a good job and teachers unions a pain? No worries there either – religious schools have taken up the slack. Think the IRS is a bloated bureaucracy and taxes too high – not a problem in Somalia, although there is quite a bit of “freelance” tax collection going on by Al-Shabab. Perhaps, Paul meant that the state institutions that allow markets to function well are lacking in Somalia but who knows.

As for “no God given rights guaranteed in a constitution,” Somalia does in fact have a constitution albeit a provisional one. It has indeed struggled to fulfill the lofty principles contained in it, but that of course can be said of many nations. The Somalia Constitution in Article X says “Human dignity is given by God to every human being, and this is the basis for all human rights.” It’s actually the US Constitution that contains no reference to “God given rights” or God at all. Paul must be confusing the Constitution with the famous language of the Declaration of Independence about the endowment by the “Creator of inalienable rights.”

Given that US participation in Somalia’s civil war – largely in the form of drone strikes – is escalating, one would hope that someone in Paul’s position would have mastery of and be able to articulate basic information about the county even off the cuff. Paul has at times styled himself as an anti-interventionist critic of US foreign policy. If he wants his positions to have credibility he should refrain from spouting nonsense for political gain. Perhaps it is he who could benefit from a study mission to Somalia or if he wants to save taxpayers money simply do a little reading up.

David Pechefsky is a consultant on democratic governance and managed a US and British government funded program to provide training and technical assistance to the Federal Parliament of Somalia in 2013-2014. He is also a political activist and ran himself for the Democratic nomination in New York’s First Congressional District.