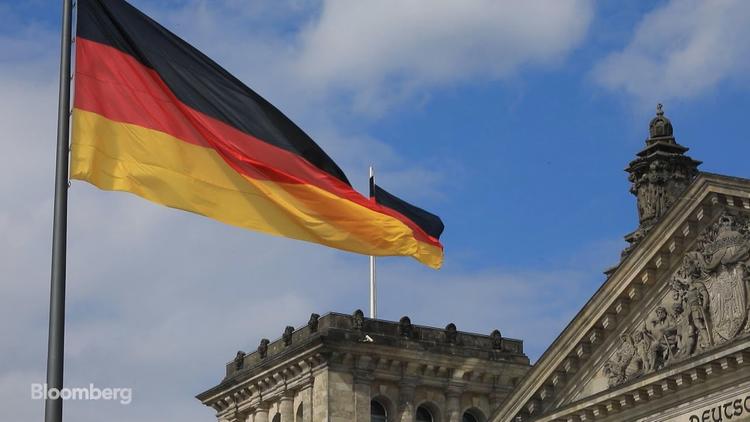 By Sven Egenter and Julian Wettengel | –

( Clean Energy Wire) – Chancellor Angela Merkel’s so-called “climate cabinet” has put together the bedrock for future climate action legislation in Germany, just in time for UN Secretary-General António Guterres’ Climate Action Summit in New York (23 September). The package, agreed after overnight coalition negotiations, includes a pricing system for carbon emissions in transport and buildings, a proposal for a framework Climate Action Law and a package of incentives and regulatory measures across all sectors. The package drew criticism as insufficient to reach 2030 climate targets, but some observers welcomed a monitoring mechanism that would obligate the government to make adjustments each year, should targets not be met. The crucial climate cabinet meeting coincided with the largest Fridays for Future climate protest Germany has seen to date. [Note: This story is part of Covering Climate Now, a global collaboration of more than 300 news outlets to strengthen coverage of the climate story.]

The German government coalition has agreed key elements of its climate action strategy to reach its 2030 climate targets, including a cautiously phased-in CO₂ price for transport and buildings, a legally binding monitoring process and a slew of measures and incentives to get citizens and businesses off carbon-intensive technologies and habits.

Driven by the Friday’s for Future climate protests, which again brought hundreds of thousands to take the streets across the country as the government hammered out the deal in final overnight talks, Chancellor Angela Merkel as well as her Social Democratic coalition partner had both pledged an end to a “piecemeal” approach that had put the country well off its emission reduction targets. However, industry experts, researchers and media commentators were quick to point out that the package was unlikely to bring the country’s climate policy back on track.

“In my opinion the chances that we reach our 2030 targets have increased, compared to 2020, and we will do everything to take additional steps if necessary,” Merkel said at a joint media conference with the leaders of the three coalition parties and in the presence of all ministers of her climate cabinet. Finance minister and vice-chancellor Olaf Scholz (SPD) promised “massive investments” of more than 54 billion euros by 2023. “We are now getting serious with our climate action package,” he said.

Almost all energy and climate experts had urged the government to put a price on climate-harming greenhouse gas emissions. But the proposed CO₂ price level agreed by chancellor Merkel’s conservative CDU/CSU alliance and the Social Democrats (SPD) was met with sharp criticism for being way too low to help reaching the 2030 target. Some other measures such as higher tax breaks for commuters to buffer the impact of rising fuel costs or rules for wind parks were even seen as counterproductive.

However, the government and commentators alike highlighted the mechanism to allow for adjustments to ensure Germany would re-assess annually whether or not the country is on target.

“Today is an important day for climate action, because we will have a very clear mechanism in a new Climate Action Law,” said environment minister Svenja Schulze. “Should we not be on track – there are some ministers with very optimistic assumptions about what their measures will achieve – then we will have to make adjustments. This obligation to adjust is immensely important,” said Schulze.

Under the framework climate action law – whose details are yet to be hammered out – climate targets would be legally binding and the climate cabinet will be turned into a permanent body, supported by a council of experts, in what would be a similar concept to UK’s climate act. Schulze had already presented a draft, which will now be coordinated among the ministries and then decided by the federal cabinet.

After a prolonged boom in renewable energy, Germany’s planned transition to a low-carbon, nuclear-free economy – the famed Energiewende – has slowed in recent years. The country is set to miss key national energy transition targets in 2020 – among them reducing greenhouse gas emissions by 40 percent – and CDU/CSU and SPD have now put all focus on reaching 2030 goals. Merkel set up the so-called climate cabinet – a group of ministers with responsibilities in key climate policy fields – earlier this year to decide necessary legislation.

After what Merkel called “intensive, but constructive and sometimes pleasing” more than 15 hours of overnight talks, the government agreed on the introduction of a national carbon emissions trading system in the transport and buildings sector. It is set to launch in 2021, when the government will issue allowances for a fixed price of 10 euros per tonne. The price is set to double in 2022 to 20 euros per tonne, and subsequently rise 5 euros per year to reach 35 euros in 2025. From 2026 onwards, a cap will be set on emissions that will be lowered year by year.

Having long shied away from the debate, today’s decision marks a turnaround of grand coalition policy. Schulze had pushed for a CO₂ price since last year, but the economy ministry had taken it off the table as late as February 2019. “I have long fought for a CO₂ price and was the first to put it up for discussion in this government,” said Schulze today. “Now, I’m happy that the whole government is behind it. That’s an important step.”

Analysts, commentators and NGOs, however, were less happy. Ottmar Edenhofer, director MCC research institute, said “the price path is too low and does not extend far enough into the future to have a steering effect. Martin Kaiser, the director of Greenpeace Germany, said the price is “ridiculously low” which will remain “completely ineffective for another ten years” as it only makes petrol and diesel a few cents more expensive, while being offset by a higher commuter allowance. Deciding the entry-level price for emissions was said to have been among the most contentious issues the parties were grappling with during the negotiations.

“We would have wished for a higher CO₂ price, but it’s a good compromise,” said Schulze. It would have been easier to reach targets with a more ambitious price, she added, “but the government has now decided to underpin it with a package of measures.”
Graph shows German greenhouse gas emissions 1990-2018. Source: CLEW 2019.

These measures include incentives and regulations in all sectors, such as the coal exit and renewables expansion, support programmes to increase the number of e-cars on German roads, an increase of the budget for public transport systems, tax support for energy-efficient modernisation of buildings, and a ban of newly installed oil-fired heating systems by 2026.

The government also raised the target for offshore wind power installations, lifted the cap on new rooftop solar PV and pledged to ease planning processes for onshore wind power in order to reignite the expansion of renewable energy sources needed to reach the target of a 65-percent share in electricity consumption by 2030. However, in a blow to the wind power industry, it reiterated minimum distance rules for wind parks which limit the expansion.
New structures success, taking into account where government comes from

Taking into account the German government’s climate debate a short while ago, “the structures are a success,” wrote Jakob Schlandt in an opinion piece in Tagesspiegel. Following heat waves and student climate protests, rising public pressure has pushed the country’s political parties to up their rhetoric on climate over the past months.

A mere two years ago, Merkel and then Social Democratic challenger Martin Schulz failed to address climate and energy policies in their debates ahead of federal elections. Upon renewing the grand coalition government months after the vote, CDU/CSU and SPD postponed the country’s 2020 greenhouse gas reduction target, and delegated decisions on Germany’s coal exit and transport transition to multi-stakeholder commissions.

But over recent weeks, German parties hastened to present climate action plans, Merkel heralded the end of an “piecemeal” approach on climate policy, and finance minister Olaf Scholz called for a “big coup”. A little more than a week ago, Merkel used a parliamentary speech to call climate action a “challenge for humanity” and emphasised the responsibility of industrial nations in protecting it.

The government’s decisions now established the fundamental recognition that CO₂ emissions require a price across the economic sectors, and future governments have a system they will easily be able to adjust, wrote Schlandt. Additionally, the environment ministry was successful in establishing annual climate targets and a monitoring and adjustment process.
Call for EU-wide emissions trading system, floor price for ETS

The German government plans to push for an EU-wide emissions trading system for all sectors. “We think that a European emissions trade should be established in the mid-term for those sectors that are not yet part of the ETS,” said finance minister Scholz.

In a first step, the government calls for a floor price in the existing Emissions Trading System (ETS) for energy and industry. The grand coalition also supports the goal of a greenhouse gas neutral EU by 2050. In the press conference Merkel said this also extended to Germany. “We commit to Germany’s climate neutrality by 2050.” The government would affirm this at the upcoming UN General Assembly in New York.
Merkel in light of Fridays for Future protests: politics is what’s possible

The climate cabinet meeting was accompanied by massive climate protests in Germany’s capital and across the country, who joined millions across the world in global “climate strikes”. Hundreds of thousands of people demanded rapid climate action at Germany’s Fridays for Future protests, keeping public pressure on Chancellor Angela Merkel’s government. The protest movement called the new government strategy “disastrous,” and pledged to continue their protests.

In the government press conference, Merkel expressed her sympathy for the protesters: “Something that impresses me as a scientist is when Greta Thunberg (the initiator of the Fridays for Future protests) says ‘unite behind the science’. We’re not doing something ideological here, but something for which there is massive evidence and which we need to counteract.” However, Merkel went on saying: “what distinguishes politics from science and impatient young people is that politics is what’s possible. And we’ve sounded out the possibilities.”

Sven Egenter heads the team as Editor in Chief and Executive Director. He covered the German, Swiss and British economies during his 12 years at Reuters, writing extensively about the financial crisis. He ran the team covering the British economy as Chief Economics Correspondent, UK in London and managed Reuters’ editorial operation in Switzerland as Acting Bureau Chief in 2010.

Julian Wettengel is a staff Correspondent for Clean Energy Wire. Before joining the team, he served as a parliamentary assistant to the Chairman of the Foreign Affairs Committee in the European Parliament.

All texts created by the Clean Energy Wire are available under a “Creative Commons Attribution 4.0 International Licence (CC BY 4.0)” . They can be copied, shared and made publicly accessible by users so long as they give appropriate credit, provide a link to the license, and indicate if changes were made.

Bloomberg Markets and Finance: “Germany debates how to finance a greener future”