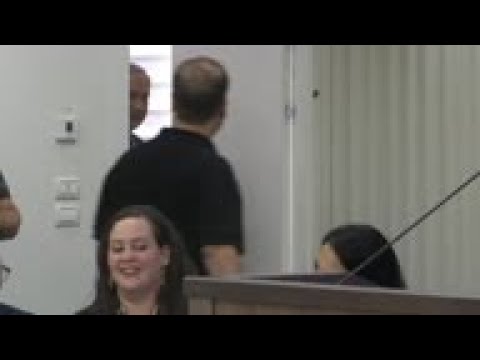 ( Middle East Monitor) – On September 1, the Lebanese group Hezbollah struck an Israeli military base near the border town of Avivim. The Lebanese attack came as an inevitable response to a series of Israeli strikes that targeted four different Arab countries in two days.

The Lebanese response, accompanied by jubilation throughout Lebanon, shows that Israeli Prime Minister, Benjamin Netanyahu, may have overplayed his cards. However, for Netanyahu, it was a worthy gamble, as the Israeli leader is desperate for any new political capital that could shield him against increasingly emboldened contenders in the country’s September 17 general elections.

A fundamental question that could influence any analysis of the decision to strike Syria, Lebanon, Iraq and Gaza is whether the strategy originated from the Israeli government or the limited personal calculations of Netanyahu himself. I contend that the latter is true.

Israel has already violated the sovereignty of all of these regions, bombing some of them hundreds of times in the past, but striking all at once is unprecedented. Since neither Israel nor its US allies offered any convincing military logic behind the campaign, there can be no other conclusion that the objectives were entirely political.

One obvious sign that the attacks were meant to benefit Netanyahu, and Netanyahu only, is the fact that the Israeli Prime Minister violated an old Israeli protocol of staying mum following this type of cross-border violence. It is also uncommon for top Israeli officials to brag about their country’s intelligence outreach and military capabilities. Israel, for example, has bombed Syria hundreds of times in recent years, yet rarely taken responsibility for any of these attacks.

Compare this with Netanyahu’s remarks following the two-day strikes of August 24-25. Only minutes after the Israeli strikes, Netanyahu hailed the army’s “major operational effort”, declaring that “Iran has no immunity anywhere.”

Regarding the attack on the southeast region of Aqraba in Syria, Netanyahu went into detail, describing the nature of the target and the identities of the enemy as well.

Two of the Hezbollah fighters killed in Syria were identified by the Israeli army, which distributed their photographs while allegedly travelling on the Iranian airline, Mahan “which Israel and the United States have identified as a major transporter of weaponry and materiel to Hezbollah and other Iranian proxies in Syria and Lebanon,” according to the Times of Israel.

Why would Israel go to this extent, which will surely help the targeted countries in uncovering some of Israel’s intelligence sources?

The Economist revealed that “some … in Israel’s security and political establishments are uncomfortable” with Netanyahu’s tireless extolling of “Israel’s intelligence-gathering and operational successes in surprising detail.”

The explanation lies in one single phrase: the September 17 elections.

In recent months, Netanyahu has finally managed to wrestle the title: the country’s longest-serving Prime Minister, a designation that the Israeli leader has earned, despite his checkered legacy dotted with abuse of power, self-serving agenda and several major corruption cases that rope in Netanyahu directly, along with his wife and closest aides.

Yet, it remains unclear whether Netanyahu can hang on for much longer. Following the April 9 elections, the embattled Israeli leader tried to form a government of like-minded right-wing politicians but failed. It was this setback that pushed for the dissolution of the Israeli Knesset on May 29 and the call for a new election. While Israeli politics is typically turbulent, holding two general elections within such a short period of time is very rare, and, among other things, it demonstrates Netanyahu’s faltering grip on power.

Equally important is that, for the first time in years, Netanyahu and his Likud party are facing real competition. These rivals, led by Benjamin Gantz of the Blue and White (Kahol Lavan) centrist party are keen on denying Netanyahu’s every possible constituency, including his own pro-illegal settlements and pro-war supporters.

Statements made by Gantz in recent months are hardly consistent with the presumed ideological discourse of the political center, anywhere. The former Chief of General Staff of the Israeli army is a strong supporter of illegal Jewish settlements and an avid promoter of war on Gaza. Last June, Gantz went as far as accusing Netanyahu of “diminishing Israel’s deterrence” policy in Gaza, which “is being interpreted by Iran as a sign of weakness.”

In fact, the terms “weak” or “weakness” have been ascribed repeatedly to Netanyahu by his political rivals, including top officials within his own right-wing camp. The man who has staked his reputation on tough personal or unhindered violence in the name of Israeli security is now struggling to protect his image.

This analysis does not in any way discount the regional and international objectives of Netanyahu’s calculations, leading amongst them his desire to stifle any political dialogue between Tehran and Washington, an idea that began taking shape at the G7 summit in Biarritz, France. But even that is insufficient to offer a rounded understanding of Netanyahu’s motives, especially because the Israeli leader is wholly focused on his own survival, as opposed to future regional scenarios.

However, the “Mr Security” credentials that Netanyahu aimed to achieve by bombing multiple targets in four countries might not yield the desired dividends. Israeli media is conveying a sense of panic among Israelis, especially those living in the northern parts of the country and in illegal Jewish settlements in the Occupied Golan Heights.

This is hardly the strong and mighty image that Netanyahu was hoping to convey through his military gamble. None of the thousands of Israelis who are currently being trained on surviving Lebanese retaliations are particularity reassured regarding the power of their country.

Netanyahu is, of course, not the first Israeli leader to use the military to achieve domestic political ends. Late Israeli leader, Shimon Peres, has done so in 1996 but failed miserably, but only after killing over 100 Lebanese and United Nations peacekeepers in the Southern Lebanese village of Qana.

The consequences of Netanyahu’s gamble might come at a worse price for him than simply losing the elections. Opening a multi-front war is a conflict that Israel cannot win, at least, not any more.