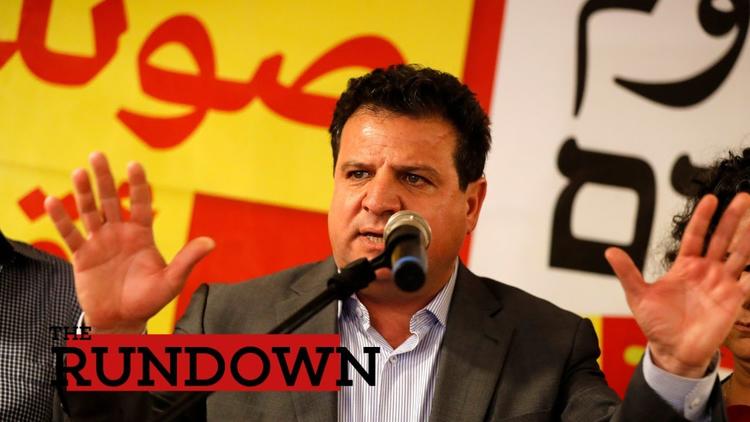 Ann Arbor (Informed Comment) – Binyamin Netanyahu appears to have fallen short in his quest for a majority of 61 in the 120-seat Israeli parliament or Knesset. As I write, his far-right Likud Party is tied 32 to 32 with its center-right rival, Blue and White. Netanyahu campaigned frenetically and acted a little unbalanced during this election season, striking militarily as far afield as Iraq and attempting to suppress the internal Palestinian-Israeli vote by proposing putting cameras at voting booths, knowing that discriminated-against Palestinian-Israelis would therefore avoid coming out to vote. The proposal was struck down. But Netanyahu relentlessly demonized the Palestinian-Israelis as wanting to kill all of the Jewish Israelis (this is not true) and warning that his rival, Benny Gantz, would put Palestinian-Israelis, or “Aravim” as Netanyahu calls them with a sneer– horror of horrors– in the Israeli cabinet (this is also not true).

Holding a value that 20% of the population must be excluded from high political office is called Jim Crow or Apartheid or just racism. Netanyahu is always going on about how anyone who opposes his colonization of the Palestinian West Bank is a racist bigot, but there really is no greater racist bigot than he. The problem is that his rivals in the Blue and White coalition at least so far agree with him about this exclusion.

And, of course, while Palestinian-Israelis inside Israel can vote in this election, the some 5 million Palestinians living in the Occupied Territories of Gaza and the West Bank are kept stateless and have no vote.

Although Palestinian-Israelis form roughly 20% of the electorate, they have often played a muted role in Israeli politics. In the last Knesset or parliament, they were down to 10 seats out of 120 , and turnout among them was only 35%. Palestinian-Israeli members of the Knesset or MK’s have also frequently been ostracized and left voiceless or on occasion even expelled for thought crimes.

Early returns Tuesday evening suggested that the Joint Arab List, a coalition of four parties (Hadash, United Arab List, Balad and Ta’al) will improve to at least 12 seats. Few Arab constituencies had been counted at that time, allegedly in part because of extra scrutiny of those ballots by Israeli authorities.

A large Palestinian-Israeli turnout resulted in large part from the extremist racist language directed at them by Netanyahu.

The returns are showing fewer seats for the Joint Arab List than did exit polls, which had suggested earlier on Tuesday that there might be as many as 15 seats for them. Since so few Palestinian-Israeli votes have been counted, though, they could still gain another seat or more.

But another possibility is that Benny Gantz, Netanyahu’s rival, might be able to survive at the head of a minority government that is tacitly supported by the Joint Arab List (or by elements of it, since it may splinter). That is, if Gantz can put together a coalition with 55 seats, and the Joint Arab List votes with that coalition informally, then he wouldn’t be in danger of having his government fall.

Gantz’s problem is the same as Netanyahu’s. It would be easy to get to 61 seats if you could entice both the Haridim (ultra-Orthodox religious far right) and the largely ethnically Russian Yisrael Beitenu of Avigdor Lieberman into the same government. But Lieberman and his party are militantly against the influence of the Haredim and have refused to serve with them.

In any case, Lieberman will decide whether Gantz or Netanyahu gets a chance to try to form a government. He has formed a deep dislike of Netanyahu, but for the completely terrifying reason that Netanyahu has not recently made war on little Gaza. Lieberman has suggested a Yisrael Beitenu / Blue and White / Likud government of national unity, but makes it a precondition that Likud dump Netanyahu as party leader.

Although the Joint Arab List got more seats than Lieberman, they will not be able to play kingmakers, since the Jewish parties ostracize them.

It doesn’t matter much who forms the next Israeli government though, for Palestinians. Both major parties have the same creepy kleptomania when it comes to Palestinian land, water and resources.