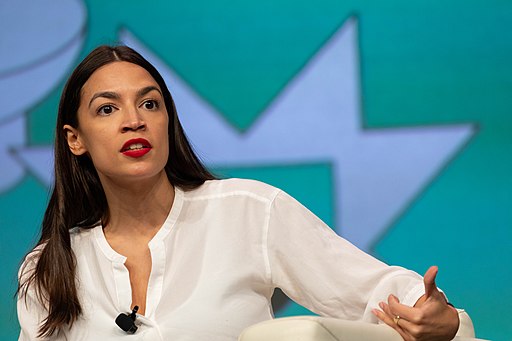 Ann Arbor (Informed Comment) – Congresswoman Rashida Tlaib (D-Mi) was widely castigated for saying, virtually as soon as she was elected, that it was necessary to impeach Trump (she used a colorful epithet in doing so, which some observers said made a bad impression, even though rich old white guys speak like that all the time and it is dismissed as locker-room talk).

The Trump Ukraine scandal should be the straw that broke the camel’s back (on top of all the other scandals, including trying to obstruct justice by ordering aides to fire special counsel Bob Mueller; it is irrelevant that the aides declined).

In other words, Tlaib, for all the vilification she has faced, was right. Impeachment talk is back. She is one of four young women of color in Congress elected in 2018, collectively known as “the squad.” And the squad knows they were right about impeachment and Nancy Pelosi is wrong. Nancy Pelosi could well end up with a second Trump term, and she is more interested in keeping a House Democratic majority than in seeing that Trump does not destroy the Republic.

Rep. Alexandria Ocasio-Cortez, another member of the Squad, wrote at Twitter:

“At this point, the bigger national scandal isn’t the president’s lawbreaking behavior – it is the Democratic Party’s refusal to impeach him for it.”

“It is one thing for a sitting president to break the law. It’s another to let him.

The GOP’s silence & refusal to act shouldn’t be a surprise. Ours is.”

We know what Tlaib thinks about impeaching Trump, and Ukraine did nothing to dissuade her– she has been retweeting the revelations at her personal account.

Mainstream Democrats have attempted to marginalize the Squad, since half of Democrats are relatively conservative and 3/4s of the country is to their right.

The Squad does not agree with Nancy Pelosi about Democratic vulnerability in 2020, and thinks there will be an even bigger blue wave than in 2018, which will sweep conservatives from power and shift the country left. They may or may not be right about that. But if 2020 is indeed another 2008, then it would be foolish to pussy-foot around with Trump and stay cautious, when you could win the whole enchilada.