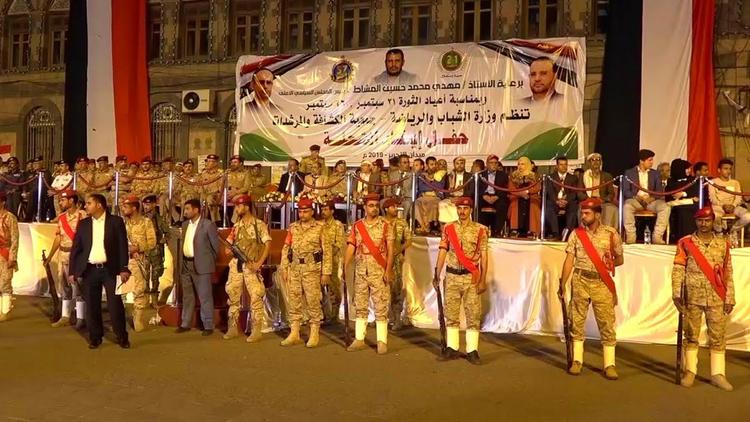 The attacks on oil production facilities at Abqaiq and Khurais in Saudi Arabia have drawn renewed focus on Yemen’s Houthi movement, which claimed responsibility for the strikes. Whether these claims are true or or not – the US and Saudi Arabia allege that Iran was more directly involved in the attacks – they underscore the transformation of the Houthi movement.

What was once a small opposition movement which emerged in Yemen’s north in the early years of the 21st century, is now a player of national, and increasingly, regional significance.

The Houthi movement, named after the family with which it is most strongly associated, developed in Yemen’s northern province of Saada as a response to the perceived marginalisation of its Shia Zaydi population by the government in the capital, Sanaa. Members of the Houthi family claimed to defend Shia Zaydi identity from dilution in a wider Sunni Islamic setting. The movement was also motivated by what was seen as the economic discrimination of Saada by the regime of Ali Abdullah Saleh, the president who dominated Yemeni political life from 1990 until his overthrow in a popular uprising of 2011.

The Houthi leadership’s increasingly vocal criticism of Saleh’s regime and the close relationship it had with the US drew the movement into direct conflict with the government in Sanaa. Between 2004 and 2010, Saada was the site of recurrent conflict which resulted in thousands of deaths and significant destruction. In the course of that conflict, the Houthis were transformed from a small, marginal opposition movement into a battle-hardened militia, capable of fighting regime forces to a standstill.

When Saleh was forced to resign in 2011, he transferred power to his deputy, Abd Rabbo Mansour Hadi, who presided over a coalition of government and opposition parties. The Houthi movement, which had adopted the name Ansar Allah (Partisans of God), took advantage of a chaotic transitional period to consolidate its control over the north of the country and move towards the capital.

When Hadi’s government proved incapable of resolving the deep-seated economic and political problems that had fuelled the 2011 uprising, the Houthis seized control of Sanaa in September 2014 without violence. They were aided by support from Saleh and forces loyal to him who had lost out in the twists and turns of the transitional period and saw advantage in throwing in their lot with their erstwhile enemies.

Although the unlikely alliance between Saleh and the Houthis did not last, it was crucial to the Houthi seizure of existing state institutions and their access to vastly increased military resources. This included tanks, artillery and anti-aircraft weapons, as well as short-range ballistic missiles and launchers.

The advance of the Houthis drew in the involvement of regional powers. Saudi Arabia and the United Arab Emirates (UAE) led a military intervention against the Houthis which began in March 2015 with the support of regional allies and the international community. The subsequent aerial bombardment of the country has killed up to 90,000 people and led to one of the greatest humanitarian catastrophes of the modern era.

As Saudi airstrikes continued to devastate the country, the Houthis – who continue to control Sanaa, – began to launch missile and drone strikes against Saudi territory in January 2018.

The entry of regional powers into the conflict in Yemen was prompted, in part at least, by fears of Iranian expansionism and the framing of events by the Saudis and their allies as a sectarian war. Yet, while the Houthis have benefited from support from Iran, the suggestion that they constitute little more than an Iranian proxy is wide of the mark.

There is limited evidence that Iran controls the Houthis’ strategy. The Houthis reportedly ignored Iranian advice not to take over Sanaa in 2014 and, while the Arab coalition spends between US?$5-6 billion each month on the war, Iran’s spending on the Yemen war has been estimated at little more than several million dollars each year.

There are also significant doctrinal differences between the Houthis’ Zaydi version of Shia Islam and that practised in Iran. Some Houthi activists are even on record stating that the Iranian system could not be implemented in Yemen because Sunni Muslims constitute a majority of the country’s population.

Framing the conflict as a sectarian war by proxy also misses the complexity of the motivations and the nature of the alliances fighting on all sides. In taking control of the capital, the Houthi movement drew support from a complex array of local groups, tribesmen and military officers who resented what they saw as their marginalisation at the hands of central government.

The expansion of the Houthi movement was also made possible by the shortcomings of the post-2011 transitional process and the Hadi government’s failure to address corruption or to pursue meaningful political reforms. As the government lost legitimacy in the context of widespread socioeconomic distress, the Houthis were able to mobilise support well beyond their immediate base.

Insisting the conflict is a sectarian one also misses the extent to which regional players are using events in Yemen as a projection of their ambitions for power. One of the clearest examples of this is the UAE’s strategy to develop its own economic and geopolitical interests, taking advantage of its presence in southern Yemen and its patronage of local actors, including local Salafis and Southern secessionist forces. This strategy includes effective control of energy infrastructure, oil fields and commercial ports all of which link to broader Emirati objectives in the region.

Despite this complexity, the US and its allies in the region, notably Saudi Arabia, find it convenient to see the Yemeni conflict as a simple proxy war between the Saudis and their allies on one side, and Iran and the Houthi movement on the other. In so doing, they condemn Yemen to the unnecessary prolongation of a brutal conflict that is long overdue for resolution.