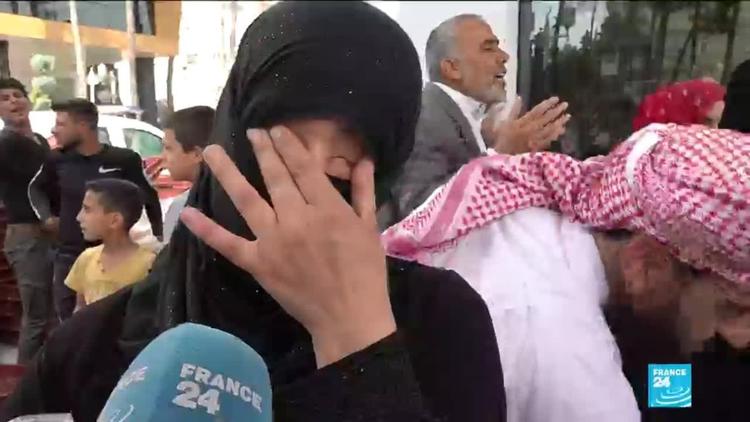 Turkey’s recent military incursion into northern Syria is aimed at weakening Syrian Kurdish forces along its border. Turkey believes those forces are linked to the insurgent Kurdish militia inside Turkey, whom Turkey and the U.S. have labeled terrorists.

But that’s not the only goal.

Turkish President Recep Tayyip Erdogan’s long-term plan is to create a safe zone in the region for the return of millions of Syrian refugees.

Erdogan has used strong rhetoric about returning refugees. He claims that Syrian refugees will be resettled “into 140 villages with 5,000 inhabitants and 50 districts of 30,000 inhabitants.”

But the Turkish government has also taken noteworthy, and in some cases highly unusual, steps to integrate Syrians into the country during the past five years.

Since the start of the conflict in Syria more than seven years ago, Turkey has hosted a steadily increasing number of refugees from that civil war.

The country is now home to the largest number of refugees worldwide, reaching around 4 million people today. Syrians make up about 3.7 million of them, 44% of whom are children.

To put this in perspective, Pakistan hosts the second-largest population of refugees at a little less than 1.5 million; most of those refugees are Afghans and Somalis. Germany, which started with an open door policy for Syrian refugees in 2015, hosts just over 1 million refugees, just over half of whom are Syrians. The United States has increasingly limited its numbers for refugee resettlement, with the strongest impact on Syrians.

While I am currently a professor of international law, in 2015 I was an official at the United Nations, based in Turkey, when the world’s attention was drawn to the plight of Syrian refugees.

Along with migrants from other countries, streams of Syrian refugees made their way from Turkey to Greece and across the Balkans into Europe. Called a “migrant crisis” by many commentators, European Union, or EU, countries split on how to handle the challenge of unprecedented numbers of refugees and migrants traveling into Europe at one time, culminating in an EU-Turkey agreement in spring 2016.

Though complex, the agreement lays the burden of hosting the majority of Syrian refugees and migrants on Turkey in return for financial and other incentives from the EU, such as visa liberalization for Turkish citizens to travel to the EU.

All those Syrian refugees or other migrants who arrive in Greece – an EU country – from Turkey would be returned to Turkey. One Syrian would be resettled in the EU for every one returned from Greece to Turkey.

For those who had already entered the EU, many made it to Germany or other destinations; others have been stranded in limbo without a specific status in non-EU countries along the migrant route: for example, in the Republic of Serbia.

While implementation of the deal is not without its problems, the number of Syrians and others seeking asylum in the EU has fallen significantly since the height of the crisis. Since January 2019, only about 9,000 Syrians have arrived in Greece as compared to over 400,000 refugees and migrants – the majority from Syria – entering Greece in 2015.

Ninety-eight percent of the Syrian population in Turkey live in local communities, not in refugee camps or temporary protection settlements. The situation of Syria’s refugee population is considered by the U.N. as “protracted,” or long-term, which means the refugee group has been exiled for five or more years in a country that has given them asylum.

Turkey does not officially recognize Syrians as refugees under international refugee law; the country recognizes only asylum seekers fleeing persecution in Europe. Turkey has put in place a temporary protective status which allows all Syrians and other asylum seekers to receive public services, including health care and education. Turkey claims it has spent US$45 billion supporting the refugees.

Turkey also now allows this population to be employed legally, including seasonal agricultural work and animal husbandry. According to the U.N., since 2016 when the relevant law came into effect, more than 60,000 work permits have been issued to Syrians. It is estimated that between 500,000 and 1 million Syrian refugees with protected status currently work in informal or irregular employment. Some Syrians have received resident or even citizenship status.

The EU alone has invested more than 2 billion euro in humanitarian funding for Turkey’s Syrian refugees along with other forms of financial assistance to the country.

Yet the situation of many Syrian refugees in Turkey is not easy. The United Nations estimates that over 64% of Syrian households in cities live close to or below the poverty line.

The challenge to Turkey in hosting such a large refugee population goes beyond temporary humanitarian assistance, to the social and economic future of the country. Many municipalities in Turkey have embraced programs that seek to integrate rather than isolate the refugees, improving the urban environment for all inhabitants. There are risks to social, political and economic stability for the country if refugees are marginalized and grievances of host communities are not addressed.

Some analysis indicates that many Turks expect large portions of Syrians to remain in the country, even if the conflict in Syria comes to an end.

To return – or not

Turkey has a responsibility under international law not to return Syrians to Syria if they would face torture, violence or persecution. This rule of nonreturn – called “non-refoulement” – is a core principle of international law related to refugees and incorporated into human rights standards prohibiting torture and other inhuman treatment.

The principle was integrated into domestic law by Turkey in 2011.

Despite not recognizing the Syrians as refugees, Turkey is obligated to uphold the rule of nonreturn, which is generally accepted by all countries. This means that any concrete move by Erdogan to forcefully return large numbers of Syrians to Syria would be met with considerable resistance by Turkey’s allies.

According to the U.N. refugees agency, the majority of Syrians living in Egypt, Lebanon, Jordan and Iraq hope to return to Syria one day. At the same time, some studies on Syrians in Turkey specifically indicate that many have positive feelings about integration and want to remain in Turkey.

While Turkey still faces the prospect of U.S. sanctions over the invasion of Syria and military operation against the Kurds, the current cease-fire agreement with the U.S. keeps Turkey’s goal intact of a safe zone on its border free of Kurdish fighters. The current situation in northern Syria isn’t peaceful and is reportedly creating new refugees who are fleeing to Iraq.

According to the U.N., returning home under safe conditions continues to be the solution of choice for refugees. This would require an internationally accepted peace process in Syria and a voluntary system of refugee return. This is the scenario in which Syrian refugees would probably prefer to return to their homes.

Even then, it seems likely that many Syrians will remain in Turkey forever.