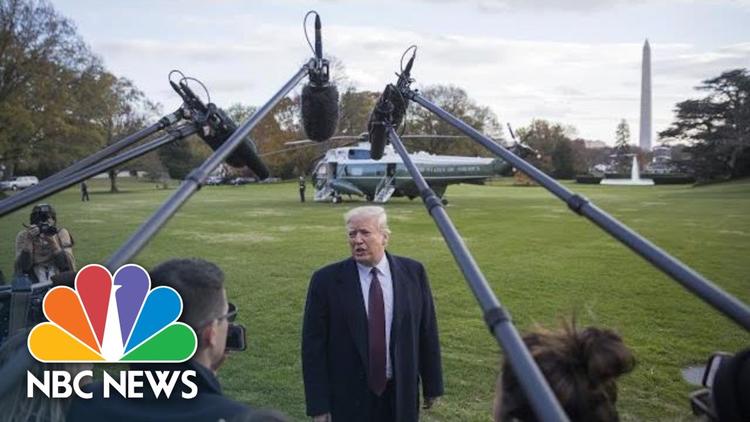 Ann Arbor (Informed Comment) – CNN reports that, in addition to Trump’s Ukraine conversation last July, the transcripts of his telephone calls with Saudi crown prince Mohammed Bin Salman and Russian president Vladimir Putin were also stored in a super highly classified server. The implication is that his staff heard him commit crimes in the course of those calls, and wanted to deep-six the transcripts to guard against whistle-blowing.

It would be great to know what illegal things Trump said to Bin Salman. But we already know that Trump and his administration have committed crimes with regard to Bin Salman. Some are war crimes, as with US support for the Bin Salman’s fruitless and destructive war on Yemen, which has killed tens of thousands, displace millions, and placed 10 million at risk of starvation.

Trump and his son-in-law Jared Kushner, along with secretary of state Mike Pompeo, have run interference for Bin Salman regarding the extensive evidence that he was behind the murder of dissident journalist Jamal Khashoggi this time last year, as The Daily Beast reported.

There isn’t much doubt that Bin Salman ordered the grisly murder of Khashoggi, given all the evidence that has come out. The US Central Intelligence Agency came to the conclusion that Bin Salman is guilty and leaked it to the Washington Post last November. The conclusion was based in part on signals intercepts, which showed Bin Salman repeatedly calling the hit team. The United Nations commission on the matter came to the same conclusion.

So why are Trump, Kushner and Pompeo denying the CIA assessment (Pompeo is probably the least popular former CIA director ever inside the agency)? What private quid pro quo do they have with Bin Salman?

Bin Salman reportedly once remarked that Kushner was in his back pocket. This according to an Intercept piece by Lex Emmons, Ryan Grim, and Clayton Swisher.

They reported that Kushner discussed with the crown prince the problem of dissident Western Saudis whose critical voices were getting in the way of Trump-Saudi policy initiatives. Kushner denies the allegation.

But what if Kushner bad-mouthed Khashoggi, whose Washington Post columns were critical of both Trump and Bin Salman? Bin Salman was already annoyed with Khashoggi, but was his American role as a thorn in the side of Trump the straw that broke the camel’s back?

I don’t know if we’ll ever get access to the secrets of the Trump circle and that of Bin Salman. If we do, there are likely to be damaging revelations about the corruption of both regimes.

All this isn’t Saudi-bashing. Many Americans have an irrational dislike of Saudi Arabia, in part because of its puritan religious traditions and the way in which some of its young men went radical (most notoriously, Usama Bin Laden). The young generation of Saudis, however, is often extremely worldly and well-educated, bright and innovative. Most Americans don’t know any Saudis, who are warm and generous. We should all wish the country well.