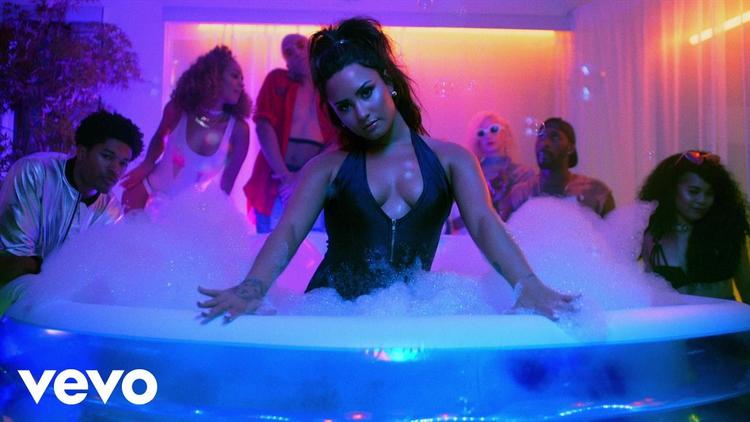 “Brand Israel” was launched. As I’ve written before, this public relations strategy was an utter failure. War crimes, apartheid and denial of basic human rights are a hard sell, it seems.

By now, Israel is a completely toxic brand, even for some of its own supporters.

Israel no longer has the support of Western liberals and leftists that it once did.

They can no longer win the arguments and debates that they used to in the West. So Israeli propagandists increasingly rely on simply buying their way along.

The most recent BDS controversy in the pop world amply demonstrates that.

“I am an American singer,” she wrote. “I was raised Christian and have Jewish ancestors. When I was offered an amazing opportunity to visit the places I’d read about in the Bible growing up, I said yes. There is something absolutely magical about Israel.”

One of the three photos showed her being baptised in the River Jordan.

But she soon suffered a backlash from angry and disappointed fans posting on her social media in protest, and had to apologise.

Israel is targeted by the Boycott, Divestment and Sanctions (BDS) movement, who call on it to end its abuse of Palestinian human rights. Activists frequently call for artists with gigs booked in the country to cancel, as a sign of solidarity with the Palestinian people against the crimes of the Israeli government, and a way to put pressure on Israel to end the occupation and its denial of the Palestinian right to equality and return of refugees.

Israel is targeted in this way because the government frequently cites such cultural links as signs of support for Israel, and as a way to promote its “Brand Israel” propaganda. Visits by American pop stars like Lovato are a way to boost the Israeli tourist economy.

“I’m extremely frustrated,” Lovato wrote in her apology, which was soon deleted from Instagram. “I accepted a free trip to Israel in exchange for a few posts. No one told me there would be anything wrong with going or that I could possibly be offending anyone. With that being said, I’m sorry if I’ve hurt or offended anyone … now I realize it hurt people and for that I’m sorry.”

One of Lovato’s most famous songs is titled “Sorry Not Sorry”. That’s apt, because her apology was weak at best. She only seemed to be sorry that she was called out for helping to whitewash Israeli apartheid, and promote Israel’s image.

But it seems Lovato gave away more than she intended to in her non-apology. It’s clear she was given the trip for free, in exchange for “a few posts” to her Instagram.

In other words, the Israeli government bought positive publicity from her – her Instagram posts were essentially undisclosed advertising, paid for in kind by a free trip.

The phenomenon of social media “influencers” selling puff-piece postings from their accounts in exchange for free stuff (including holidays) is a growing issue online. More often than not, the fact that the products these “influencers” are flogging (the “product” being Israel in this case) from their high-follower accounts were given to them in exchange for the postings is not even disclosed.

It seems likely that, in posting her apology (which explained the nature of the agreement she’d made) Lovato probably broke a non-disclosure agreement. That’s most likely why she deleted the “Sorry not sorry” non-apology.

A pro-Israel website later reported that the value of Lovato’s trip (including her entire entourage) amounted to $150,000. Some $57,000 of this was paid for by two Israeli government ministries, and the rest by an undisclosed body.

Israeli newspaper Yedioth Ahronoth initially reported that Lovato had actually been paid $150,000 to take the trip, but this seems to have been a misunderstanding, later edited in the Hebrew original of the story (but, as of this writing, not in the English translation).

Either way it’s clear that pro-Israeli propagandists shelled out a substantial sum in order to buy publicity from Lovato. But the backlash shows that this is yet another case of how truly toxic “Brand Israel” now really is.

Israel is selling apartheid but, increasingly, nobody is buying.