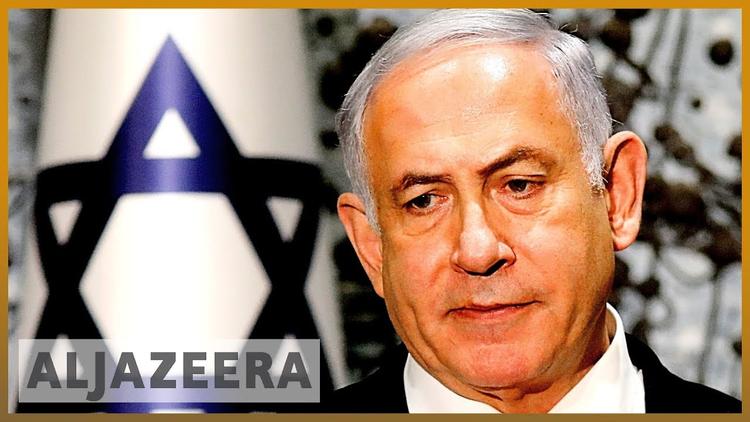 Israel’s General Election two weeks ago has presented it with its second major political deadlock this year. The Blue and White party won 33 seats and the Likud won 32; the other parties will only be significant if they join a coalition with one of these two major blocs. The horse-trading that has gone on since the results were announced means that a Blue and White-led coalition controls 54 seats in the Knesset, compared with the more right-wing Likud-led bloc on 55. Israeli President Reuven Rivlin has tasked Benjamin Netanyahu, the head of the latter, to form a government.

Rivlin suggested a unity government in which power would be shared equally, with Netanyahu and his Blue and White counterpart Benny Gantz rotating as prime minister. The stumbling block is that the groups cannot agree on who should be prime minister first.

Neither coalition has a clear route to the required 61-seat majority, but if Netanyahu refers the issue back to Rivlin, and Gantz is given the chance to form a government, the former general will have four weeks in which to do so. The problem for Gantz is that Netanyahu is doing his best to undermine his efforts purely for the sake of his own ego.

For me as a Palestinian, all Israeli politicians are the same. None of them are interested in our legitimate rights and well-being. As chief of staff of the so-called “Israel Defence Forces”, Gantz sought to return the Gaza Strip to the “stone age” during the 2014 military offensive against the Palestinians in the territory. My house was destroyed and many of my relatives were killed by the Israelis. The decision to launch the offensive was taken by Netanyahu.

On Racism and ‘Wild Beasts’: Why Israel besieges Palestinians

If the incumbent Israeli Prime Minister really had democracy uppermost in his thoughts, then he would not only leave Gantz to try his best to form a government, but also help to facilitate the task and help him to succeed. Such is the adversarial nature of democratic politics, though, that Netanyahu is doing his best to undermine his rival’s efforts even if this means yet another — a third — General Election is then necessary to break the deadlock.

“In the context of his legal battles,” said the Times of Israel, “Netanyahu is anxious to remain in office as he fights the [corruption] allegations against him.” Under Israeli law, the newspaper pointed out, ministers must vacate their posts if charged, but prime ministers can potentially stay on until all appeal processes are exhausted. Netanyahu has been toying with Israeli democracy in order to save himself from what looks like certain detention if he leaves office.

In March, Bezalel Smotrich MK, a senior member of the Union of Right Wing Parties and chair of the National Union faction, submitted a bill that would give lawmakers increased powers to block charges against sitting members of parliament, including the sitting prime minister. A couple of months later, Miki Zohar MK proposed a bill which would ensure that Netanyahu and any other MK would by default be granted immunity from prosecution unless the Knesset House Committee voted to strip the lawmaker of that right. Both bills were presented to serve Netanyahu’s purposes.

When Netanyahu felt that Gantz might benefit from a potential breakaway from the right-wing alliance, he worked to consolidate his position as the only candidate for the leadership. Last Wednesday he started to push his allies to sign a declaration that they will not support any other candidate as prime minister other than him. As reported by Israeli Channel 12 TV, the Yamina party and United Torah Judaism did not agree to this.

The Likud leader did not lose hope, though; absolute support, he believed, would come from his own party. On Thursday, he agreed to go ahead with the party’s primary leadership election in an effort to limit Gantz’s options. This move followed sources close to the latter saying that Gantz had told Hebrew media that he would have accepted President Rivlin’s rotation offer if another Likud leader was in place instead of the “corrupt” Netanyahu.

Netanyahu foresaw this a while back and moved to protect himself. “Netanyahu’s concerns that a different Likud member would try to snatch the mandate to form a government has led him in the past to try to promote legislation that would obligate the president to choose a candidate to form a coalition only among party leaders,” wrote Haaretz. “The bill was dubbed the ‘Gideon Sa’ar Law’.”

According to the Times of Israel, “A leadership primary in which Netanyahu was the clear winner was seen as a way of bolstering the scandal-plagued prime minister’s status as the unchallenged leader of Likud.” However, when Sa’ar tweeted that he is “ready” for the challenge, Netanyahu pulled back from his decision to hold primary elections, although the move was adopted by the Likud Central Committee. This suggests that Netanyahu is very afraid of losing his position; so much so, that Haaretz believes that he is trying to deceive the Israeli people.

Netanyahu’s U-turn in his position on the ultra-Orthodox Jews in Israel is another example which suggests that he is deceiving Israel in order to boost his ego. Israeli columnist Ben-Dror Yemini explained how Netanyahu stood against ultra-Orthodox parties in their demands for state funding when he was finance minister, but then threw himself into their arms when it served his interests to do so. “Today,” wrote Yemini in Ynet News, “the prime minister acts as their personal emissary.”

As Israel’s longest-serving Prime Minister, Netanyahu clearly thinks that he has a right to stay in post. Many politicians disagree, not least due to his corruption. “If he vacates his position,” Gantz told reporters at the Knesset last Tuesday, “there will be a unity government within an hour.” The ex-chief of staff believes that over one million Israelis voted for him in order to oust Netanyahu, who is clinging to power by the skin of his teeth, with his status much reduced not only among the right-wing parties, but also within Likud. He is no longer the strongman of his party. The Times of Israel said that he stepped back from a party election after several senior Likud colleagues warned him that “he had little to gain but much to lose in holding a leadership primary.” The newspaper also noted that Netanyahu’s “failure to form a coalition following the April election, and his struggles to do so once again after last month’s vote, have dented his reputation as the invincible prince of Israeli politics.”

Yemini believes that the Likud leader is not only damaging his own political career, but is also leading the whole right-wing towards collapse. Netanyahu “the responsible leader” has gone away, he claims. “Netanyahu is hampering coalition building with Blue and White and is dragging the country to the extremes; this is a far cry from what the Israeli public wants, and from the pragmatic leader he used to be.”

With his political reputation in shreds after the struggle to form a government, and his personal credibility facing a serious legal challenge as he fights corruption charges, Netanyahu’s position at the top in Israel looks increasingly shaky. As a Palestinian, I can only say that this comes not a moment too soon.

The author is MEMO’s correspondent in the Gaza Strip.