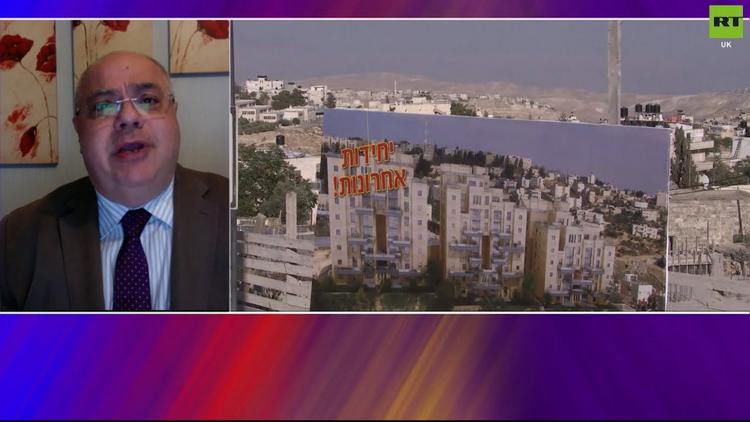 As regular readers of this column will know, the McCarthyite atmosphere in Britain against supporters of Palestinian rights is getting worse. That is down in part to the Labour Party leadership’s acquiescence to the smear campaign to portray the party as anti-Semitic. The Labour National Executive Committee’s acceptance of the bogus IHRA “working definition” of anti-Semitism last year gave the document undeserved acceptance and currency; it deliberately conflates anti-Semitism with criticism of Israel for being the racist state that it so evidently is.

It is no wonder that acceptance of the IHRA document has led local councils that have adopted it into banning even benign expressions of solidarity with Palestinian existence as “anti-Semitic”. Possibly the most egregious example of this came earlier this year, when Tower Hamlets Council banned the Big Ride for Palestine from using any of its public parks and open spaces for its rally and speeches.

After the Big Ride’s organisers applied for permission through all the correct channels, they were initially given the run-around by council officials, before being declined on the basis of an entirely spurious claim that the council did not permit “political” rallies in its public parks. This claim was undermined by Tower Hamlets’ own Labour Mayor, John Biggs, who had previously used the very same park that the Big Ride had asked to use, for one of his own election rallies.

Tower Hamlets emails obtained via a freedom of information request revealed that the true reason for the ban was that council officials had decreed that the event could fall foul of the IHRA’s bogus definition of anti-Semitism. Why? Because the Big Ride for Palestine’s website stated, accurately, that there are “parallels between apartheid South Africa and the state of Israel.”

The Big Ride for Palestine remains the most inoffensive, uncontroversial form of Palestine solidarity that one could possibly imagine. It didn’t plan direct action against arms dealers which could potentially risk arrest. It didn’t involve controversial firebrand speakers. It was simply a sponsored bike ride to raise money for Palestinian children affected by war. More specifically, riders and their sponsors wanted to help children in Gaza suffering from post traumatic stress disorder, and other conditions caused by multiple Israeli wars on the Palestinian territory, by raising money to buy sports equipment. The fact that Tower Hamlets banned such an event as potentially “anti-Semitic” reveals just how bogus the IHRA definition of anti-Semitism really is.

If things are bad on this side of the English Channel, though, spare a thought for campaigners for Palestinian rights in the rest of Europe. The situation in France and Germany is even worse, especially in the latter.

Since the lower house of the German parliament made a (non-binding) statement condemning the BDS movement in May, this neo-McCarthyism has only got worse. German literary and cultural establishments have started to ban, exclude and – irony of ironies – boycott international cultural figures if they support the campaign for Palestinian rights as expressed in the Boycott, Divestment and Sanctions (BDS) movement.

Even more chillingly, German-Palestinian cultural associations are being banned from using public spaces because of their support for BDS. This has far-reaching implications given that, essentially, all of Palestinian civil society supports the BDS movement, which is entirely non-violent.

Two recent examples exemplify this chillingly McCarthyite political atmosphere. In June, African-American rapper Talib Kweli – famed for his socially and politically conscious lyrics – was dropped by a German music festival after he refused to cave in to the organisers’ insistence on him condemning the BDS movement. Kweli has been a supporter of BDS for many years, and admirably refused the demand for him to “censor myself and lie about BDS for a cheque.”

More recently, a Germany city withdrew an award from British-Pakistani novelist Kamila Shamsie over her support for the BDS movement. “The members of the jury were not aware that the author has been a member, has participated in and continues to participate in the boycott of the Israeli government over its Palestinian policy since 2014,” announced the city of Dortmund, which funds the Nelly Sachs Prize.

Dortmund’s political censorship of an influential author in this fashion has been widely condemned. Critics include newspaper columnist Yasmin Alibhai-Brown, the author and journalist Naomi Klein and Pakistani lawmaker Sherry Rehman.

The German blog which first drew attention to Shamsie’s support for BDS, is an openly racist website. Although it is supposedly “liberal” in political orientation, when it comes to Israel, Ruhrbarone is openly anti-Palestinian, even calling for genocide. In November last year, during one particular Israeli assault against the population of the Gaza Strip, the Ruhrbarone blog tweeted an openly genocidal graphic calling upon, presumably, the Zionist state to “Transform Gaza to Garzweiler”.

Garzweiler is an open-cast strip mine. The blogger’s call to decimate and flatten the besieged Palestinian territory which is home to 2 million people — almost all of them unarmed civilians — could scarcely have been any more genocidal in intent. It is notable that the German blog’s authors created the graphic in English, so that their intention would be even more widely understood.

In Germany, it seems, violent and even genocidal language is permissible when its target is Palestinians. Peaceful movements such as BDS, though, which seek to push Israel to change its racist policies which deny Palestinians their basic human and civil rights, are clearly not allowed.

This, along with the attempted banning of Palestinian cultural associations from public life in Germany, shows the racism inherent in the attempt to ban the BDS movement in Europe today. Anti-Palestinianism in all its obscene forms is indeed the modern day McCarthyism.