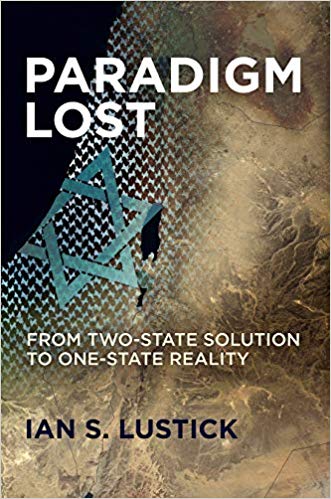 (Informed Comment) – Equipped with the concept of the one-state reality, we can see in one particular feature of today’s political soap opera the seeds of profound and hopeful change.

Politics in Israel, as elsewhere, can be approached as unfolding in three kinds of time: geological, strategic, and sports.

States, peoples, and political systems appear, disappear, transform, expand, and contract over decades and generations. In politics, this is geological time.

As political environments change, parties and movements reposition themselves to change appeals and recruit new supporters. Their typical time frames are measured in years. This is strategic time.

Of interest to reporters, news junkies, and most pundits, are speeches, tweets, personal political conflicts, campaign tactics, victories, and defeats. Their preoccupation is with scoring performance, speculating about tactics and prospects, and assessing wins and losses. This is the political equivalent of ESPN-style coverage of sports—day by day, hour by hour obsessions with who will win, who will lose, who has gained an edge, who might be outmaneuvered by whom, and how. This is politics in sports time.

Communications technologies have rapidly changed, shifting the platforms most people turn to for news and political commentary. In their savage competition for eyeballs, news media devote more and more coverage to politics in sports time. Learning from ESPN, they feature non-stop coverage of teams and players–who is winning, who is losing, how they are playing the game, and what their prospects are.

In Israel that means that the news is dominated by questions such as: Will Benjamin Netanyahu be indicted? Will Blue and White manage to form a government? Will the ultraorthodox parties be closed out of a national unity government “coalition?” What will Avigdor Lieberman be able to extract in payment for political services rendered? Will the Arab-led Joint List support a minority Blue and White government from outside the coalition? Will yet another election be called and if so will, this time, Netanyahu manage to win his elusive fifth term?

Israeli television, newspapers, and talk shows are flooded with this kind of political “sports” news. So is reporting in the United States about Israel. But the arguments, snippets of information, and speculation it contains hardly matter. Almost all will disappear down the memory hole within months, weeks, or even days.

How then can we know what, in the blooming, buzzing confusion of scandal, faux drama, mini-victories and defeats, etc., is worth our sustained attention? How can we identify clues about consequential possibilities amidst the clickbait, flash-in-the-pan journalism with which we are bombarded by hyperventilating anchors, talk-show hosts, and partisan advocates?

Doing so requires a fundamentally correct conception about politics in a particular political system that guides attention to what will matter while deflecting attention from ephemeral but titillating questions and events.

The argument I make in my new book, Paradigm Lost: From Two-State Solution to One-State Reality

, is that neither Israel’s present nor its future can be usefully analyzed without accepting a fundamental truth: Israel is the one and only state ruling all the peoples and territory between the Mediterranean Sea and the Jordan River. Accepting that truth means abandoning images of Israel as a democracy, bounded by the 1949 armistice lines, that is temporarily burdened by its occupation of territories inhabited with more than 4.5 million non-citizens. Only if the comforting half-century old image of a small, mostly Jewish, and democratic Israel is laid aside can one think effectively about the country’s future, namely, about if and how a non-democratic country (where half those subject to the coercive power of the government have no say in that government) can be transformed, that is to say, democratized.

From this perspective one ceases to be interested in whether Blue and White or Likud will form a government or in whose candidate for Prime Minister will occupy the premiership in the first rotation. Equally uninteresting are questions about whether there will be new elections, or whether, when a government is formed, it will intensify settlement in the West Bank, or whether it will punish Gaza with another attack. Nor is it of interest or importance to wonder or correctly forecast whether the Trump peace plan, or any peace plan based on negotiations between Israel and Palestinians, will be released, to ask what the Palestinian Authority will do in response, or to speculate about what policy a new American administration might take to restart (yet again) the “peace process.” All of these are sports questions. Only if the one-state reality is accepted as a paradigm that captures the most fundamental element of politics in Israel/Palestine can we think effectively about what immediate events are important enough to signal how strategies could be fashioned to affect the transformation of the country over geological time.

From the one-state reality perspective, democratization of Israel will likely take decades and even generations—comparable to the century it took for the United States, after the Civil War, to evolve into a multiracial democracy, to the seventy-five years it took for Britain to be transformed by the extension of citizenship to the masses of Irish Catholics, and to the generations it took for South African apartheid to be transformed from democracy for a minority to democracy for all. In that context it is the growth in the Arab dominated Joint List that points most potently toward both the challenges and the opportunities that lay in Israel’s future.

Democratizing a country by including previously excluded, despised, and feared groups—whether defined by class, race, nationality, or gender—is much more difficult, and takes much longer than switching an autocracy to a democracy. But politics, and especially democracy, does make strange bedfellows. It is now becoming apparent that Israeli Jews wanting to live under a moderate, non-orthodox, liberal government cannot do so without partnering, one way or another, with Arab voters. Swearing never to rely on Arabs for his government, Benny Gantz’s emissaries now meet regularly with Joint List leaders Ayman Odeh and Ahmed Tibi to coordinate their political moves.

This matters. It is a sign of things to come, eventually. Over decades and generations, Israel’s rule of the West Bank and Gaza means that the country’s future will be determined by long struggles, driven by self-interest, international pressure, and partisan rivalries, to expand citizenship and suffrage to all those living under Israeli rule.

Ian S. Lustick teaches courses at the University of Pennsylvania on Middle Eastern politics and comparative politics. HIs recent book is Paradigm Lost: From Two-State Solution to One-State Reality . He is a recipient of awards from the Carnegie Corporation, the National Science Foundation, the National Endowment for the Humanities, the Social Sciences Research Council, the Middle East Peace Foundation, and the United States Institute of Peace. Professor Lustick holds the Bess W. Heyman Chair. His present research focuses on the demise of states and the implications of the disappearance of the option of a negotiated “two-state solution” to the Israeli-Palestinian conflict, He is a past president of the Politics and History Section of the American Political Science Association and of the Association for Israel Studies, and a member of the Council on Foreign Relations.