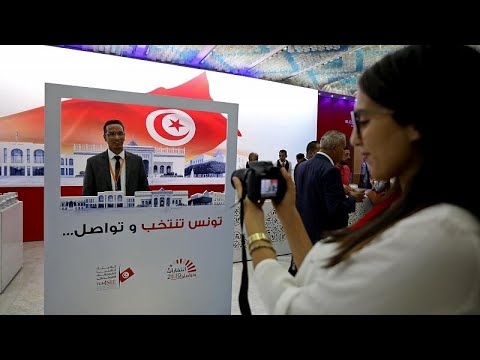 The election of Kais Saied, a 61-year-old former law professor and political outsider, to the Tunisian presidency was not surprising: he represents the Tunisian ideal of how the ruling class should be. The size of the vote in his favour was impressive. He won 73% of the vote in the second round run-off, with more than 3m Tunisians voting for him.

Saied represents a version of the Tunisian reformist, a political stereotype that has long been integral to Tunisian identity. In his ill-defined political project, he plans to alter the Tunisian political system by decentralising its power structures and introducing more direct democracy. This will be an arduous task that will attempt to reverse a process of centralisation that has been going on for more than 500 years.

At the same time, his views in recent public debates left many moderate Tunisians flabbergasted, especially when he claimed that he did not hold the idea of equality between men and women in high esteem, or when he rejected questions about the rights of minorities.

Saied takes over a country facing a complicated future. Extremist organisations continue to threaten foreigners and Tunisian national interests. Border instability is putting a strain on the security forces, while social protests, often spontaneous, continue to impact life, especially in the capital, Tunis.

Families continue to resort to loans to save the day, while many believe that the sums swallowed up in palaces or prestige constructions, would be better invested in building industries. According to a survey by Transparency International released in August 2019, 67% of Tunisians perceived that corruption had worsened in the past year.

This trend, of elites enriching themselves, is reminiscent of the aftermath of Tunisia’s independence in 1956, when Habib Bourguiba, Tunisia’s first leader after independence, and his elite accessed power. This same trend repeated itself under the presidency of Zine El Abidine Ben Ali and it has not disappeared.

Many Tunisian politicians neglect the economic and social issues affecting the country. Worryingly, this shows the political class is unable to transform the needs of the population into real policies. Tunisians are no longer willing to be bought with short-term policies, such as the increase of salaries and pensions that happened on the eve of these elections. The ruling party’s candidate didn’t make it to the second round of the presidential run-off.

There is a considerable risk that Tunisians may continue to be hostage to a political class more motivated by personal gain than by the republican and democratic ideals that permitted the country to gain independence, and that were reiterated during the 2011 Jasmine revolution.

The logic of the Tunisian political class lies in horsetrading with Europe for help in reducing the threats of terrorism and immigration. But all this keeps the Tunisian population in a perpetual state of insecurity.

In reality, it looks like the old setting of colonial rule in Tunisia might be rebadged and maintained by today’s crop of politicians. The discourse of the Tunisian political class does little but repeat the previous agreements with Western powers that were renegotiated when Tunisia gained independence.

There continues to be a focus by political elites on the need to support democracy in Tunisia because that’s what Europe needs and expects. According to this argument, the equation is simple. Poverty and unemployment inevitably produce terrorism and emigration, and if Europe doesn’t want to receive immigrant groups and doesn’t want to be harmed by terrorism, it should provide the potential to stabilise Tunisian democracy through a strong economy.

This is a logic that both Bourguiba and Ben Ali used to push forward their own personal interests, including within Tunisia’s security system, by getting economic and political support. After the fall of Ben Ali in 2011, there was then a redistribution of power within the security system, with the establishment of new strongholds of power by newly emerging lobby groups.

But today, Tunisia’s security apparatus continues to be almost byzantine in its complexity and secrecy. The ongoing implementation of intelligence reform in Tunisia is a difficult task involving great political and security dangers. But this is perhaps an issue that Saied should make his own priority. Failing to do so would inevitably risk leaving once again a restricted minority controlling the security apparatus’s power to influence domestic politics, with considerable and predictable consequences.

For now, it’s difficult to predict whether the new president will be able to truly emancipate Tunisia from its past, revolutionising the political system and changing its power structures away from the lobby groups.