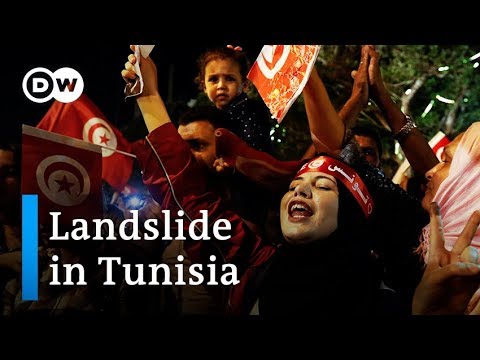 This triumph came at the expense of the two forces that have dominated Tunisia’s political landscape since the 2011 revolution: Islamism and nationalist secular parties.

Over the past eight years, these two movements failed to meet the urgent demands of the people, expressed in the famous revolutionary slogan: work, freedom and dignity.

The alliance between these two forces – represented on the one hand by the Islamist Ennahdha party and, on the other, by the secularist parties Nidaa Tounes and Tahya Tounes – sparked far-reaching crises: an economic crisis, a crisis of representative politics and a crisis of social and moral values.

The establishment confiscated power and was incapable of meeting the urgent demand for jobs and justice. It created a gulf between the State and society.

Its disdain for young people and the forces of the revolution gave rise to populism in the country. In this context, populism embodies the political language of those excluded from governance, growth and development.

Though populism is heterogeneous in nature, it often revolves around a powerful, enterprising figurehead.

Throughout his campaign Saïed positioned himself as the absolute embodiment of the will of the people. He is known for his courtly use of literary Arabic and his constitutional expertise. He projects moral rigidity and brings with him a utopian project to transform Tunisian executive power. This was hugely popular with young voters.

There was a feeling that the new leaders, though democratically elected, usurped the “Revolution of Dignity” (as it is known in Tunisia). Representative democracy was perverted for private, partisan and mafia-type interests.

The youth, and large swathes of the middle and lower classes, were destabilised by a high cost of living and a lack of employment. This disenchantment created a hotbed for populism.

The drive for change is still there, and this presidential election provided the opportunity for a legal revolution.

Kaïs Saïed is a law professor who based his platform on his respect for the new Constitution and the rule of law. He is also in favour of local, decentralised power as a way to address unemployment and the marginalisation of citizens and regions.

To win, he said that he would purge his programme of any references to inheritance equality, the decriminalisation of homosexuality, and the abolition of the death penalty. These are subjects that are seen as the concerns of the elite, as opposed to the people.

Saïed has a reputation for integrity and honesty that was unparalleled among his rivals, who are largely seen as arrogant and often ignorant.

Saïed’s support is underpinned by a structure for political change embodied by the Forces of Tunisian Youth made up of students, the unemployed and the marginalised.

Lacking financial resources and headquarters, this new horizontal structure was inspired by the revolutionary social movement and brings together leftists, social conservatives and extreme-right activists from the former Leagues for the Protection of the Tunisian Revolution.

These youth express themselves and organise on social media, with official pages, closed support groups, and a codified language via Facebook, Telegram, WhatsApp and Messenger.

Their platforms help circulate flattering pictures and bombastic declarations by Kaïs Saïed, described as a cross between a “vigilante Robocop” and “Gaddafi without the oil”.

In this way, young people campaigned for the orator.

Within the media, various populist figures expressed their support for Saïed. As a “revolutionary candidate”, he also garnered support from the Ennahdha party and the Salafists.

This support has pushed Tunisia in a new direction, with more radical than moderate values, privileging Islam over secularism.

History tells us that populist rhetoric and populist government can bring about the best and worst outcomes. The best would be the renewal of the rusted state system, with across-the-board social innovation and the ascendance of a new, younger generation of leaders.

The worst would be the deterioration of the centralised state, already sorely tested since the fall of the former regime.

In that case, political demagogy, economic collapse and social disorder could usher in a new era.

Translated from the French by Alice Heathwood for Fast ForWord.