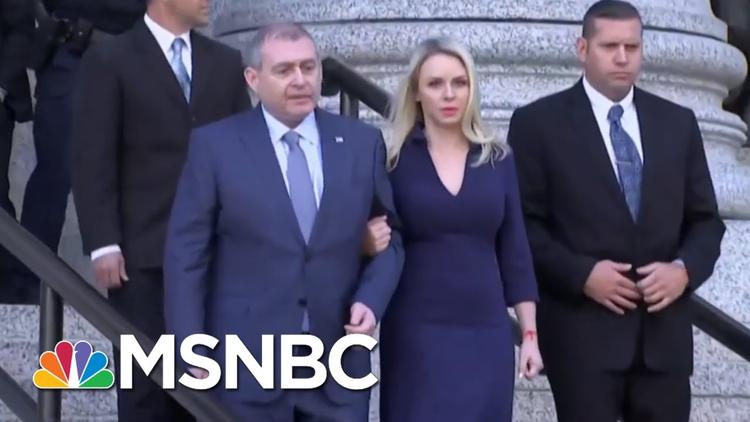 Ann Arbor (Informed Comment) – Sean Collins at Vox reports that two lawyers for Lev Parnas say that Parnas tells them he arranged meetings for Rep. Devin Nunes (R-CA) in the Ukraine for the purpose of pushing investigations of Hunter Biden and Burisma. They say he has offered to testify to Congress.

Nunes is a ranking minority member on the House Select Committee on Intelligence, which is holding an impeachment inquiry into Trump’s misconduct in asking Ukrainian president Volodymyr Zelensky to investigate the Bidens in return for a White House meeting and some arms aid. That is, Nunes may be part of the very plot on which he is sitting in judgment.

Nunes’s behavior as ranking minority member on the committee is bizarre, inasmuch as he has tried to out the whistleblower who started the investigation.

Parnas’ attorney says that Nunes actually did meet with former Prosecutor General Viktor Shokin in late 2018 in Vienna, as a result of Parnas’s influence-peddling. Parnas attorney Joseph A. Bondy told NBC News that

“”I can confirm that Victor Shokin told Lev Parnas that he had met with Nunes in Vienna in late 2018, and that Derek Harvey informed that they were investigating the activities of Joe and Hunter Biden related to Burisma.”

Shokin was pushed out as prosecutor in 2018 by Vice President Joe Biden, and later went on to spread the false conspiracy theory that Biden pressed for his removal to protect the Burisma Gas Company and Hunter Biden from an investigation. In fact, Biden represented the consensus of the World Bank and European governments that Shokin was ineffectual. And the replacement of Shokin would be more likely to further investigate Burisma.

Nunes has threatened to sue PBS and MSNBC for reporting on his Ukraine dealings.

I had explained earlier,

They also did illegal fundraisers for Florida governor Ron DeSantis, helping him win the governorship.