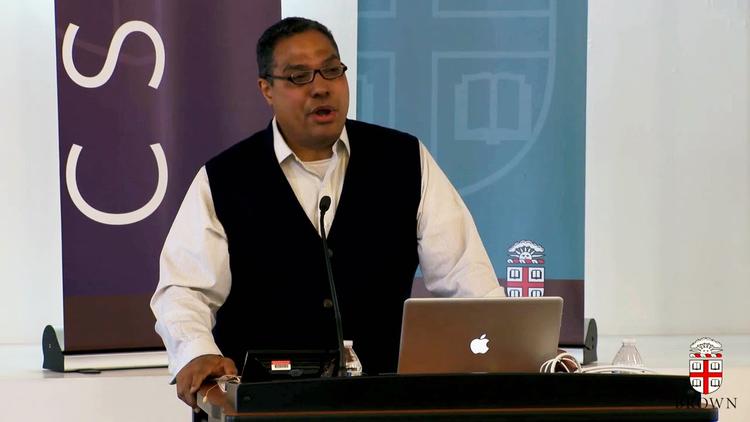 (Otherwords.org) – Racism means a lot more than using slurs or feeling hatred. Yet even in these narrow terms, Trump fits the bill. By Jill Richardson | November 20, 2019

“Is Trump a racist?” I have two answers to that question.

First, most white Americans misunderstand racism solely as intentional beliefs held by individual racists who hate people on the basis of race. For example, at times the media has focused on whether or not they could prove Trump had ever used the N-word, as if that alone would be the measure of whether or not he is a racist.

Sociologist Eduardo Bonilla-Silva says that this “misses the fact” that racism is “a part of the social structure of society. Hence, we all participate in it — and we participate in it whether we like it or not, in conscious and unconscious ways, and in passive as well as active ways.”

This latter definition, the one accepted by sociologists and race scholars, takes a bit of getting used to, particularly if you are a white person who abhors racism.

I try to frame it for my students as follows: This nation was founded by people of European descent who stole land from — and committed a genocidal campaign against — the indigenous people on this continent. Then they enslaved Africans and their descendants for more than 200 years.

Segregation only became fully illegal in 1968. Anyone over the age of 51 was alive while segregation was still legal. We as a nation are still grappling with the legacy of our past, working toward justice for all — and we aren’t there yet.

None of us alive today asked to be born into a racist society — and yet, here we all are. It’s impossible to grow up in that society without participating in the status quo and absorbing at least some prejudices, even if they are only subconscious ones.

In short, learning about race means getting comfortable with the idea that our society itself is effectively racist, even for white folks who don’t actively feel that hatred themselves.

My second answer about whether or not Trump is a racist is: yes. And not just in the “everyone’s a racist” sense of the word.

For example, during the run up to the 2016 election, white nationalists supported Donald Trump because they felt like he would represent their interests and values best. Former Klan leader David Duke openly supported Trump, and still does.

In a more recent talk at the University of Wisconsin-Madison, Bonilla-Silva analyzed Trump’s use of language to show how he speaks in terms of “us” and “them,” in which “us” refers to white Americans and “them” refers to people of color. And he routinely refers to immigrant “infestations,” using language most people reserve for insects and rodents they intend to exterminate. (Yet he’s not against all immigrants: he likes to marry the white ones.)

Although Trump often defends his immigration policies in terms of national security or economic concerns, the facts show that immigrants commit crimes at lower rates than native born citizens and, as one study put it, “immigration has an overall positive impact on the long-run economic growth in the U.S.”

In short, Trump’s language, his choice of senior officials in his administration, and his popularity among white nationalists show that he holds racist views. It’s those views — and not national security or economic factors — that are behind his policies.

The Young Turks: “Trump Gets Racist On DACA”