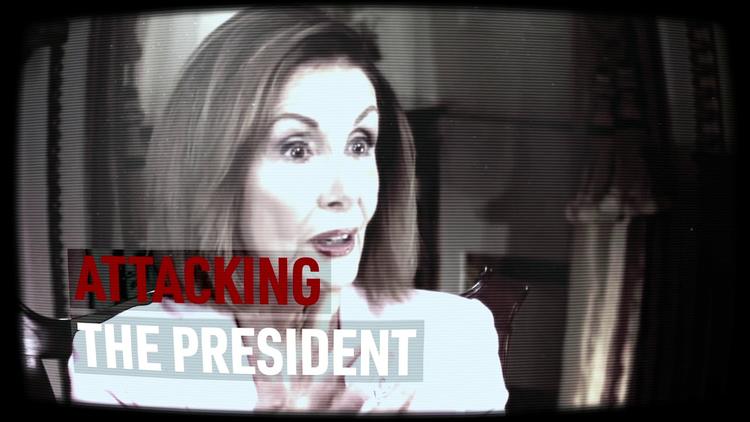 (Foreign Policy in Focus) – Donald Trump says that impeachment is actually a coup. It’s one more example of his attack on the rule of law.

Coups have been one of the greatest threats to democracy. The people elect a daring leader willing to take on the status quo. And then, as in Iran in 1953 or Chile in 1973, the military pushes the leader aside to take control. Sometimes the generals remain in power; sometimes they restore a royal to the throne. Often some external force – a foreign intelligence agency, a cabal of corporate interests – plays a key role in denying the people their democratic choice.

Such coups still take place around the world – in Thailand in 2014, in Egypt in 2013, in Honduras in 2009. These more recent coups all give off the rank odor of desperation, as the old order resorts to extreme measures to stave off the demands of a democratic age.

A new era has dawned in the world of politics. Like nationalism, authoritarianism did not fade away in the dimming light of the twentieth century. And those who shout “coup” in a crowded political theater are now as likely to be the authoritarians themselves. They present themselves as various iterations of St. George fighting the dragon of the “deep state” on behalf of all the good people back in the village.

It’s nonsense, of course. But such nonsense can translate into the winning margin in a close election.

The prime example of this relatively new phenomenon is Donald Trump. The president has emphasized one message above all during the impeachment proceedings. As he has tweeted:

As I learn more and more each day, I am coming to the conclusion that what is taking place is not an impeachment, it is a COUP, intended to take away the Power of the People.

An ad released by his campaign called the impeachment process “nothing short of a coup and it must be stopped.” The final image is of Trump himself with two thumbs up, as though he has personally stopped the coup with nothing other than a glowing review of his own performance in office. Fox News has dutifully followed this script by repeating Trump’s language throughout its line-up of putative pundits.

While all the sober citizens of NPRLand watch the Democrats play by the rules in the congressional hearings, the rest of the country is primed to view the proceedings as a circus, a witch hunt, a clown show. They are being led to believe that the very procedure designed to ensure the rule of law is in fact a profound violation of that law.

Trump implicitly argues that all of these “non-People” – check out the telling visuals in the aforementioned campaign ad – are teaming up under the rubric of the Democratic Party to “steal” back the election from the People. The president must fabricate “the People” in this way because of what should be obvious to everyone: the majority of voters didn’t want him to be president, find his policies repugnant, and communicated that disgust very clearly in the 2018 elections.

The truly remarkable part of the “impeachment equals coup” argument is that it’s coming from the same people who love to carry around pocket Constitutions. Dahlia Lithwick wrote in Slate back in January 2011:

Members of the Tea Party are really into the Constitution. We know this because on Thursday, House Republicans propose to read the document from start to finish on the House floor, and they also propose to pass a rule requiring that every piece of new legislation identify the source of its constitutional authority.

If they’d read the Constitution from front to finish, they’d know that the document explicitly identifies impeachment as a legal way of removing a president. It’s the law of the land. The Democrats have been scrupulous in observing the letter of this law even when it has been counterproductive to do so.

The way Trump talks about impeachment, it sounds as if Alexandra Ocasio-Cortez would suddenly sit in the Oval Office if the president were removed from office. Actually, it would be Vice President Mike Pence. It’s a very strange coup indeed that removes a member of one party and replaces him with someone equally noxious from the very same party.

It would be a different matter if the U.S. military were plotting to unseat Trump and replace him with a four-star general. That would indeed be a coup. But the Pentagon has remained loyal to its commander-in-chief, even as he has intervened in several military court proceedings, ignored the sage advice of military advisors (as in Syria), and disparaged key military allies (like South Korea).

The only threat of a coup is, of course, from Trump himself. He has “joked” about serving indefinitely as president. He has attempted to circumvent all the democratic mechanisms designed to constrain his executive power. He seems to delight in flouting the Constitution. Given an inch of executive power, he won’t be satisfied until he gets the whole nine yards.

But today, a number of popular revolts have been labelled coups. The Euromaidan revolution in Ukraine in 2014, for instance, was a protest started by students upset over Viktor Yanukovych’s decision to backtrack on a promise to sign an association agreement with the European Union. When the riot police attacked the students, a million people showed up on the streets in Kyiv and protests broke out around the country. Women, and feminist organizations in particular, played a key role, as did other social movements. Nationalist and far right-wing organizations like Svoboda were also present. But a transpartisan consensus emerged over the illegitimacy of the Yanukovych government, his corruption and violations of human rights. This consensus eventually brought enough pressure to bear on the Ukrainian parliament to vote overwhelmingly to impeach Yanukovych – who’d already fled Kyiv – and announce early elections.

Nevertheless, Russian President Vladimir Putin has claimed that what took place in Ukraine was a coup sponsored by the United States. Incredibly, some U.S. voices on the left and even the center have echoed this argument, despite the clearly popular nature of the uprising. Certainly some key U.S. figures, like the State Department’s Victoria Nuland, supported the protestors. And plenty of U.S. moves – like the attempted expansion of NATO to Russia’s doorstep – raised tensions in the region. But direct U.S. involvement in the Euromaidan, beyond Nuland’s distribution of pastries to the protestors (and the riot police), was minimal.

Most critically, the Ukrainian military did not play a role in ousting the Yanukovych regime. Did the subsequent government in Ukraine make mistakes? Of course. But that doesn’t somehow make the Euromaidan events retroactively a coup.

From Protest to Coup

The protests against Evo Morales in Bolivia bore a superficial resemblance to the Euromaidan events of 2014. Responding to charges of election fraud in the October election, Bolivians of various political backgrounds, including some trade unionists, feminists, and members of indigenous communities, began to protest. The dissatisfaction with Morales had begun with his earlier refusal to accept the results of a referendum that failed to abolish term limits. Morales argued before the constitutional court that term limits violated his human rights, eventually gaining the “right” to run for his fourth term.

But that’s where the similarities end. Morales was a genuinely popular leader, which Yanukovych was not. Morales had brought about many important social reforms, reducing the poverty rate from 60 percent in 2006 to 36 percent in 2017. “His first act as president was to form a constituent assembly charged with writing a new constitution that radically extended political and social rights — such as equal access to water, work, health, education and housing — to historically marginalized groups, while offering indigenous autonomy and land rights,” writes Natasha Bennett in The Washington Post.

Morales was very likely to win this year’s presidential election. The only question was the margin and whether he’d win in the first round. In the face of protests over the election results, he even promised to hold another election.

That’s when the military “suggested” that Morales resign. The military’s intervention was perhaps not as heavy-handed as in the “post-modern coup” in Turkey in 1997, which led to the resignation of then-president Necmettin Erbakan, but it produced a similar result when Morales stepped down.

And that’s when the true takeover occurred, as second vice president of the Bolivian Senate Jeanine Añez Chavez assumed power. Her crackdown on protests have led to at least 30 deaths. She has exempted the military from prosecution for its use of force, has aligned herself with the Christian far right, and consolidated her political control despite the strength of Morales’s party Mas. The Trump administration, not surprisingly, has embraced Añez.

An agreement with Mas mandates elections within 120 days. If Añez respects the agreement, if the elections are free and fair, if the military returns to its barracks, then the Bolivian coup might turn out to be limited in scope. But those are a lot of ifs. And it remains a significant step backward for all the marginalized groups that benefited during the Morales era.

When Dilma Rousseff was impeached in Brazil in 2016, she declared the process a “parliamentary coup.” Rather than a perpetrator of corruption, she has argued that she was the victim of it: a corrupt elite had her removed to protect itself from investigations.

Rousseff’s charge seems to resemble Trump’s. Impeachment is as much a part of the Brazilian constitution as the U.S. constitution. She wasn’t impeached over major misconduct but rather the narrow charge of concealing a budget deficit. On the other hand, a majority of Brazilians supported impeachment hearings and Rousseff’s approval rating was in the low teens.

The impeachment may well have been unfair, but it’s hard to call it a coup. Rather, it reflects the deeply divided nature of Brazilian politics and the pervasiveness of corruption such that all sides can weaponize accusations of influence-peddling. In addition to the persistence of caudillo-like leaders in the region – like Brazil’s current leader Jair Bolsonaro or Venezuela’s Nicolas Maduro – the region still struggles with unmanageable violence, a culture of impunity, deep economic inequality, and fragile political institutions.

But Latin America is not unique in this regard. The debate over whether an impeachment is a “coup” – in Brazil, in Ukraine, in the United States – speaks to the giant step backward that democracy has taken over the last decade. For better or worse, there is no longer a consensus around “normal” democratic practice. The polarization of the electorate now allows for two entirely different concepts of democracy to co-exist – one determined by the rule of law and the other determined by the powerful.

Yes, yes, I know: the rule of law reflects the interests of the powerful. That principle was certainly on display in Brazil. But the rule of law also protects the weak against the predations of the strong. And in this brave new world that Trump presides over, this latter understanding of the rule of law is under siege. It can be seen in how the Trumps of the world are attacking the courts, attempting to roll back the gains of social movements in the area of human rights, and undermining a range of watchdog institutions.

If Trump wins in the Senate and then at the polls in 2020, he won’t just beat the impeachment rap. Like Putin in Russia, Viktor Orban in Hungary, Recep Tayyip Erdogan in Turkey, and (so far) Benjamin Netanyahu in Israel, he’ll have successfully destroyed the mechanisms that stand in the way of his absolutism.