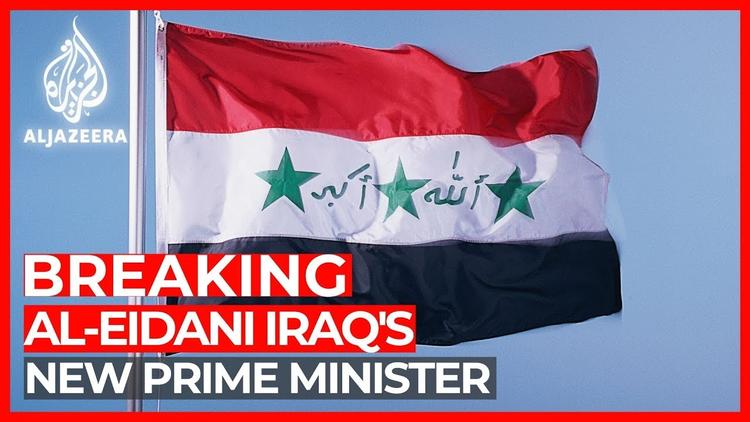 Ann Arbor (Informed Comment) – In 2019, the Middle East was shaken by a new round of street revolts. As the year began, Abdelaziz Bouteflika had announced a fifth run for the presidency of Algeria. Then the peaceful “revolution of Smiles” broke out and by April he had resigned. A small elite has for decades monopolized Algeria’s oil resources and has rewarded its supporters while marginalizing everyone else. On December 12, Abdelmadjid Tebboune was elected president, amid continued massive demonstrations in major cities and a protester boycott of the election itself. The crowds are clearly unconvinced that switching out one president for another, when both are lackeys of the small Oil elite, will actually change things.

As 2019 began, Omar al-Bashir was president of the Sudan, as he had been for 30 years. A brutal dictator implicated in genocide in Darfur he was widely considered a war criminal after an International Criminal Court ruling. By April 11, continued urban unrest and strategic rallies led by the leftist Sudanese Professionals Association and, behind the scenes, by mystical Sufi orders, had pressured the officer corps into making a coup against al-Bashir. Not satisfied with replacing one general with another, the crowds continued to pressure the military to step down in favor of a civilian government. Saudi Arabia and the UAE appear to have backed the military junta against the people, but could not forestall a compromise. In the end a form of cohabitation developed, with a new civilian government but continued military oversight and a promise of transition to pure civilian rule. Sudan lost the revenue for South Sudan’s oil in 2013 when that region became an independent country, and its elite floundered in finding a new business model. Inflation was running at 75%, hurting people on fixed incomes or who depended on imports.

In ordinary times, the fall of al-Bashir should have been a huge story in the US, where at least lip service has been paid to caring about his Darfur genocide.

As 2019 began, Adel Abdulmahdi was prime minister of Iraq. Although voters had indicated in the 2018 election that they were fed up with the handful of parties that has dominated Iraq since the Bush era, Abdulmahdi was nevertheless chosen as PM. He came out of the pro-Iranian Islamic Supreme Council. Massive protests broke out at the beginning of October in Shiite cities like Nasiriya and in Baghdad’s Tahrir Square. The Iraqi security forces and Shiite paramilitaries replied with deadly force, killing over 500 in October, November and December. Abdulmahdi was forced to resign. The crowds had demanded an end to corruption and to the party spoils system whereby the bigger parties in parliament were rewarded with government jobs for their supporters. They also wanted electoral reforms to block the dominance of the parties that keep winning the elections. Just last week, the Iraqi parliament moved away from the list system, in which you vote for a party list, and toward a system were voters can vote for individual politicians. Although Iraq is pumping 3.5 million barrels a day of petroleum, the billions in receipts that go to the government have not been invested in Iraqi jobs or infrastructure. Corruption runs so rife that the Iraqi treasury is said to be dry. All the $500 billion earned from oil sales since the Bush era seems to have just disappeared into the pockets of politicians. Crowds wanted more services and a share in the national oil wealth. Yesterday, Assad al-Eidani was nominated as prime minister. A member of the 2005- elite from the pro-Iran Islamic Supreme Council and the governor of Basra, his nomination holds out little hope of improvement of the sort the crowds demand.

As 2019 began, Saad Hariri was prime minister of Lebanon. On 17 October small street protests broke out against corruption, gridlock, lack of services, failure to collect garbage, lack of electricity, sectarianism and new taxes on the Whatsapp messaging program. By 18 December, Hariri had bowed out of consideration for another term as prime minister. The crowds are not mollified by simply switching out the prime minister for someone equally bad, and clearly intend to keep the government’s feet to the fire. Trump all this fall withheld military aid from Lebanon.

All four of these popular revolts caused a sitting prime minister or president to step down. All four demanded an end to corruption and an end to government inaction on providing jobs and infrastructure.. Many wanted more and better jobs. All were nationalistic rather than fundamentalist in character. Sudan’s Association of Sudanese Journalists is a leftist organization.

Algeria, Sudan, and Iraq are all oil states where the distribution of oil proceeds was closely held by the state.

All the air in American politics seems to have been sucked up by Trump and his Power Tweets, so that cable television seemed to have little energy to spare for the big developments in the world that had the potential to affect the United States.

In 2011 the American public was mesmerized by the youth street revolts that overturned governments in Tunisia, Egypt, Libya and Yemen, and which plunged Bahrain into a further authoritarian miasma and kicked off an 8-year civil war in Syria. Yet they showed little interest in the similar movements this year.