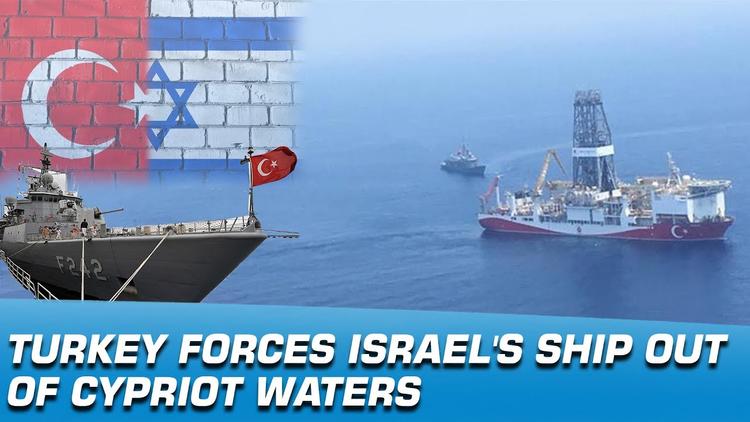 Turkish-Israeli relations are witnessing increasing tension in recent days, culminating in Tel Aviv accusing Ankara of giving way to Hamas to conduct its activities on its soil. Although the Turkish Foreign Ministry rejected the Israeli accusations, Israeli newspapers published articles and reports that criticised Turkish-Hamas relations.

There have been several successive developments in recent days that left their mark on the accelerating decline in Turkish-Israeli relations. Once relations begin to calm, they return to tension and escalation once again.

The latest episode of this tension came with the leaking of Israeli intelligence to Britain’s the Telegraph newspaper regarding the nature of Hamas’ presence and activities in Turkey. Ankara was accused of turning a blind eye to the presence of a number of senior Hamas military officials who were planning to carry out armed operations against Israel from Turkey.

Israel claims that the investigations carried out by its security services with a number of Palestinians returning from Turkey to the West Bank indicate that Hamas activists have planned to assassinate a number of Israeli figures, including Nir Barkat, the former mayor of Jerusalem, Roni Sheikh, Inspector General of Israel Police, and Yehuda Glick, a rabbi and member of Knesset who has stormed Al-Aqsa Mosque on numerous occasions.

Israel has claimed, through its security services, that the Turkish authorities not only ignore Hamas operations in the country, but also that the Turkish intelligence is strengthening its relations with the movement’s members in Istanbul.

Israeli security sources revealed that many Hamas members moved in the last year from the Gaza Strip and the West Bank to Turkey. They claim that they then meet the movement’s members, who agree with them to carry out armed operations against Israeli targets, and provide them with instructions, training and necessary funds, even though Turkey and Hamas deny exploiting Turkish territory for such operations.

While Israel has assassinated a number of Hamas members abroad, it has not attacked any in Turkey, perhaps fearing a diplomatic crisis with a NATO member.

The Turkish Foreign Ministry responded to the Israeli accusations with a number of clear statements, beginning with rejecting the Israeli claims regarding Hamas using Turkey as a launch pad for any operations against Israel. Secondly, they stated that the majority of the international community does not view Hamas as a terrorist organisation, but a “political reality” that won the elections in 2006. Thirdly, the UN General Assembly refused to categorise Hamas as a terrorist organisation in 2018, and fourthly, a number of countries, including Turkey, communicate with Hamas on various levels.

Hamas too considered the Israeli accusations baseless lies and slander aimed at inciting against the movement and disturbing its relations with Turkey and its support for the Palestinian cause. The movement stated that its resistance activities do not go beyond the borders of occupied Palestine. Therefore, it seems these Israeli allegations are due to the fact that Israel cannot see released Palestinian prisoners living a normal life in Turkey.

Hamas believes that these Israeli accusations are part of its effort to exert pressure on countries that advocate for Palestinian rights to pursue the movement’s members, harass them and besiege the movement and its activities.

On more than one occasion, Hamas has emphasised that its members and cadres, wherever they are, act in accordance with the laws of the countries in which they live and highly appreciate the hospitality that Turkey and its people have given them.

It seems clear that these Israeli accusations coincide with the major tour conducted by the head of Hamas’ political bureau, Ismail Haniyeh, and his meeting with Turkish President Recep Tayyip Erdogan.

Haniyeh’s meeting with Erdogan discussed, in-depth, many important issues, especially the issue of Jerusalem, the risks posed to Al-Aqsa Mosque, the role of Turkey in supporting the Palestinian cause and people in Jerusalem, the West Bank, the Gaza Strip and the diaspora. It also included discussions of developments related to the expected Palestinian elections, the role of Hamas in overcoming the obstacles hindering the elections, and the efforts made to achieve reconciliation and end the division.

The accusations also come a time when Tel Aviv has accuses Ankara of becoming an active member of the anti-Israel axis, saying that it is moving quickly to be the next enemy of Israel.

Israel has clearly expressed its disturbance by Erdogan’s repeated criticism directed at Israel in every international forum, comparing Israel to Nazi Germany, accusing Israel of executing and killing innocent children, women and the elderly in Palestine, and considering himself the only sponsor of the Palestinians and leader of Sunni Muslims in the Middle East.

Israel does not hide its growing concern regarding Turkey’s recent foreign policy, especially the signing of a memorandum of understanding with the Libyan government on marine areas in the Mediterranean, which effectively cuts the sea in half. This could hinder Israel’s building of gas pipelines to Europe, which is important for Israeli gas exports. Meanwhile, the Turkish navy expelled an Israeli ship conducting research from additional gas fields in the territorial waters of Cyprus a few days ago.

The Turkey-Libya agreement has a significantly negative impact on Israel, due to its plan to build a pipeline from Israeli gas fields in the Mediterranean to Italy, through Greek Cyprus, all the way to Athens.

While the Israeli project aims to use a pipeline to export gas to all European countries, Israel believes that Turkey is trying to establish itself as the one that manages the region. This is very worrying from the Israeli point of view, because the aspirations of Erdogan are growing with the passage of time.

In the same context, the Israeli campaign against Turkey for sheltering the Hamas leadership comes in line with a Western campaign that Ankara faces due to its arms deals with Russia, military intervention in northern Syria, and reaching an agreement to demarcate the maritime border with Libya.

Israel’s accusations cannot be separated from what Tel Aviv claims is Ankara’s attempt to exploit the chaos in the region to achieve its expansionist dreams, by having a Turkish foothold in all the Middle East’s files, all of which harms Israel’s security and strategic interests.